Eataly, the epic Italian food marketplace, could be coming to Vancouver

After years of planning, construction, and not-so-patient waiting, Toronto is finally getting their outpost of Eataly, the epic Italian food marketplace. So is Vancouver next?
0
Aug 27, 2019 12:10 PM By: Lindsay William-Ross 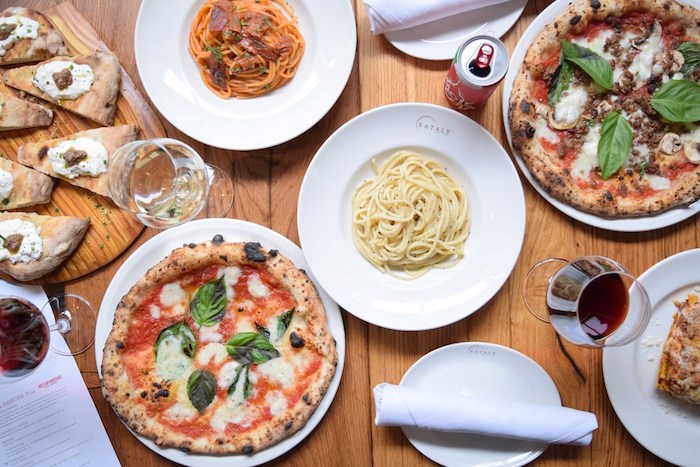 After years of planning, construction, and not-so-patient waiting, Toronto is finally getting their outpost of Eataly, the epic Italian food marketplace.

Launched in Turin, Italy in 2007, a dozen years later finds Eataly running nearly 40 locations world-wide, including much-touted ones in New York City and Los Angeles, but their Toronto launch marks the brand's first foray into Canada.

For the uninitiated, Eataly is not a food hall or food court, but rather an Italian food "experience," including groceries, prepared foods, sit-down restaurants, bars, cafes, wine shops, counters and more all under one roof.

Truly for the food obsessive, Eataly is guided by their manifesto of "eat better, live better," and their passion about food and belief in its unifying powers. Also, people get really, really hyped about it.

Already Eataly's Executive President, Andrea Guerra, says Toronto would be an ideal venue for a second Eataly location, in a recent interview with the Financial Post. Guerra also noted that Canada's European sensibilities makes the country a good spot for another Eataly or two, specifically in either, or both, Montreal and Vancouver.

Rumours of Eataly having their eye on Vancouver go back at least five years, with Retail Insider reporting on the brand's planned entrance into the Canadian market with the partnership of Toronto's Galen Weston (Loblaw, Shoppers Drug Mark, Holt Renfrew) back in 2014.

Where would an Eataly go in Vancouver? The downtown core seems the likely target, particularly if the brand opts to enter the market in Vancouver via Holt Renfrew, though one key thing about an Eataly is always its size; the Toronto flagship is a whopping 50,000-square-feet over three floors situated at the Manulife Centre in Yorkville.

For now, it's all just wishful thinking, but we can delight in the fact that our friends (or frenemies) in Toronto have an Eataly of their own.