Travellers coming and going from Vancouver's YVR Airport are on the verge of having much, much more to choose from when it comes to food and drink options.
0
Aug 2, 2019 11:39 AM By: Lindsay William-Ross

Travellers coming and going from Vancouver's YVR Airport are on the verge of having much, much more to choose from when it comes to food and drink options.

Earlier this year, YVR announced a slate of nearly two dozen new food and beverage concepts that will be implemented over the next two years, along with 10 retail offerings. With a promised roll-out happening as soon as this summer, YVR has kept their word: the first of the new food-focused spots has opened for business. 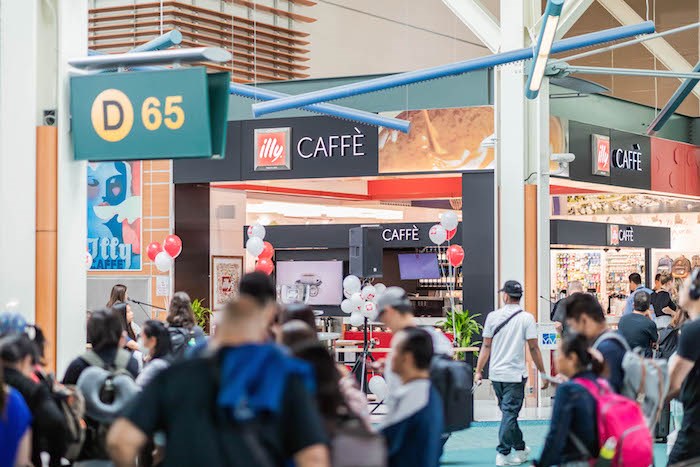 A brand new full-service illycaffè opened up shop on Thursday, Aug. 1 in the international terminal between gates 65 and 66.

Touted as offering an authentic Italian café experience, illycaffè is a third-generation family-owned coffee company from Trieste, Italy that first launched in 1933. The baristas prepares coffee purchased direct from farmers, offering items from traditional espresso, latte and cappuccino, to illy Cold Brew and original specialty drinks, according to a media release.

There are around 259 illy stores and single-brand stores around the world in 43 countries, and now we can count Vancouver International Airport among their many global locations.

The remaining 19 new food concepts will continue to roll out, and it's an impressive roster showcasing familiar brands and local indie chefs and restaurants.

Exciting additions for food-lovers include Hawksworth Kitchen in the Domestic Terminal, a venture for Vancouver-based acclaimed chef David Hawksworth. Also incoming is Vancouver’s Heritage Asian Eatery, as well as The Dirty Apron, the city’s renown culinary school and deli.

Tastes on the Fly, a boutique airport restaurant operator headquartered in San Francisco, is bringing a local marketplace concept to YVR, called Pacific Farms Market, in the Domestic and International Terminals. This food market will be anchored with five made-to-order food stations including a grab-and-go section with 49th Parallel coffee and eats from Purebread Bakery; a Market Fresh station with a breakfast bar in the morning and casual lunch and dinner dishes; a sushi and poke station; Live Fire Pizza with oven-fired pizzas and a juice bar with freshly squeezed juices and smoothies. The International Terminal market will be flanked by a full-service restaurant and bar featuring a seafood-inspired menu offering the best of fresh, local catches.

Travellers can find a full listing of current YVR Airport food and dining options online here. Stay tuned as more concepts launch this year and in 2020.