You'll find sexy food at Escobar, the Vancouver restaurant that shares a name with a narcoterrorist

You're either going to be okay with going to a place named Escobar, or you're not. And, based on the name alone, I can't make that decision for you. Here's what I do know: It's a beautiful room where you can find sophisticated cocktails and exciting food.

What's in a name? If you ask the numerous vocal protesters who have sent objecting emails and picketed outside Vancouver's Escobar restaurant, the answer is, clearly, quite a lot.

On the flip side, if you ask the proprietors and staff of Escobar, the answer lies more in the "sometimes a cigar is just a cigar" zone. With its ambitious cocktail program, high contrast plates of pan-Latin food, and swanky decor, the new-ish Fraser Street restaurant seems to have just about everything going for it...except that the owners chose to use the same name as a Colombian narcoterrorist. Yikes. 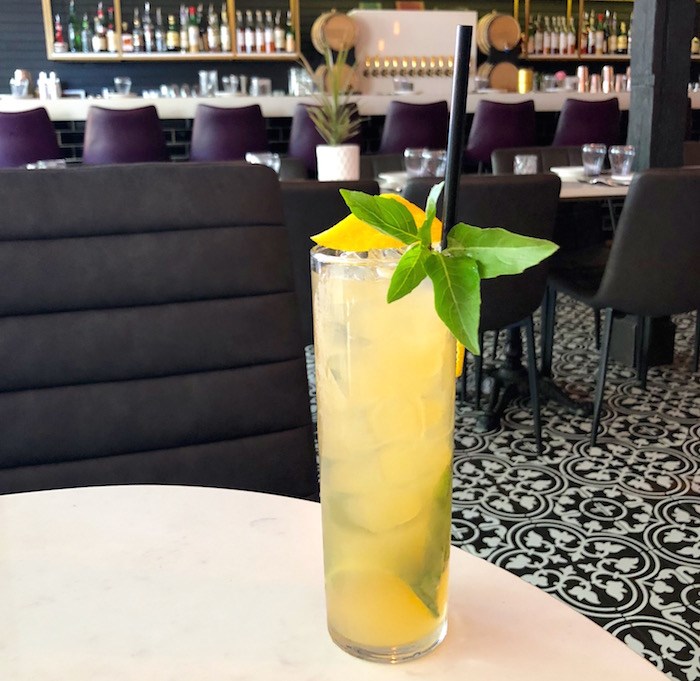 A citrusy mocktail at Escobar (Lindsay William-Ross/Vancouver Is Awesome)

A few people have asked me what I think of Escobar's name, and while I've showed my hand in casual conversation, I can't sit down and write an entire article about it; there are others in Vancouver far more skilled at that kind of task.

I can say that it took me a while to dine there, even knowing the strength of the talent present behind the bar and in the kitchen, because I was curious to see how things would play out. Apparently the protesters did not stand outside for too long past the opening days, though the battle waged on in social media comment sections and many an inbox--mine included.

A couple of years ago, a Hong Kong-based high-end dim sum restaurant opened up in Vancouver at a major hotel tower bearing the name of a very unpopular American political and business figure. I wrote about it (elsewhere) and figured it boiled down to this: You're either going to be okay with going there, or you're not, if your choice is based on the building's name and affiliation alone.

So I feel like we're in the same position here: You're either going to be okay with going to a place named Escobar, or you're not. And, based on the name alone, I can't make that decision for you.

Here's what I do know: It's a beautiful room where you can find sophisticated cocktails and exciting food. Those are things I know a hell of a lot about. 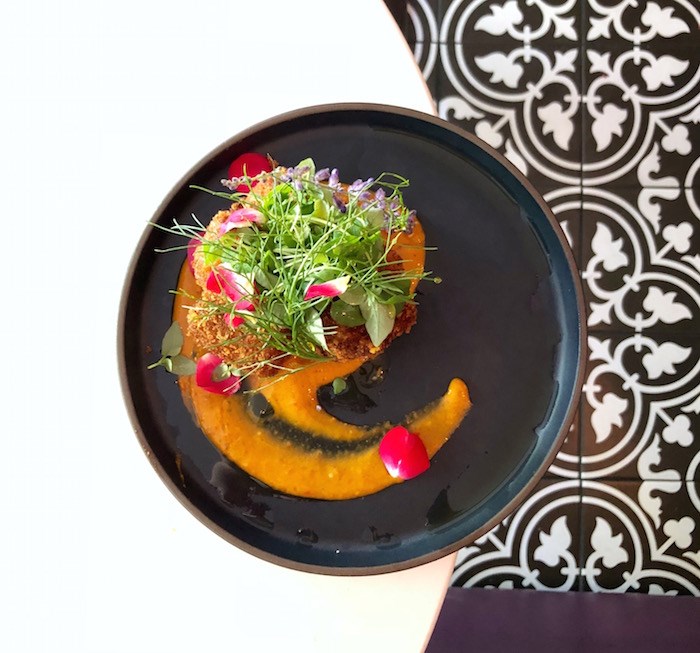 I've had the honour of tasting Chef Sarah Kashani's food through the years--this is now her third post as head of the kitchen brigade in Vancouver--and witnessed her evolution. In 2014, she opened her own restaurant, Invitro, which was sadly short-lived. She moved into a new post at Charlie's Little Italian and kicked the then-four-year-old Mount Pleasant spot into a renewed high gear...but the owners made the decision to close up and focus on their other projects. Then Escobar came calling.

Kashani takes a truly artist-based approach to her food, and she exudes passion almost to the point of it spilling over, quite literally in a whole fish dish with lentils that almost spills off the plate. 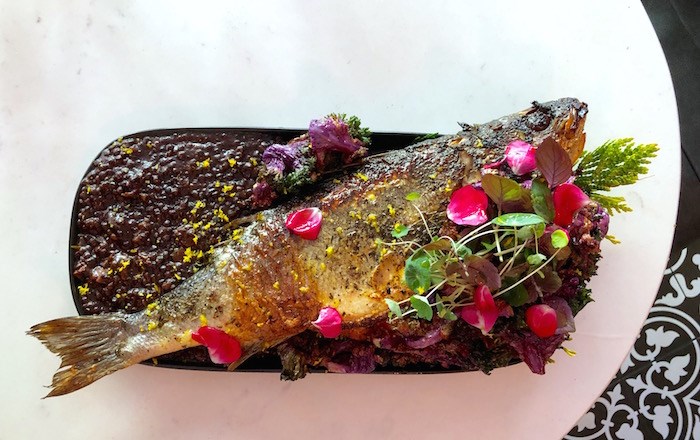 There is great heart in the dishes that are taking broad strokes to paint a pan-Latin fusion landscape that is as dizzying as a walk through a Mexican mercado at midday. There are big pops of colour, unmistakeable sensuality, explosions of flavours, and no shyness about spices.

Dishes like the Roasted Bone Marrow spare no real estate or emotion, really. A luge of beef bone is full of the unctuous "meat butter" you're hoping doesn't jiggle free and lead to a dry cleaning tab, but rather that it lands on a triangle of toast and is married with bits and bobs from the eclectic buffet of accompaniments: Rose water whipped goat cheese, confit garlic, cedar cherries, and honey-soaked apricots. 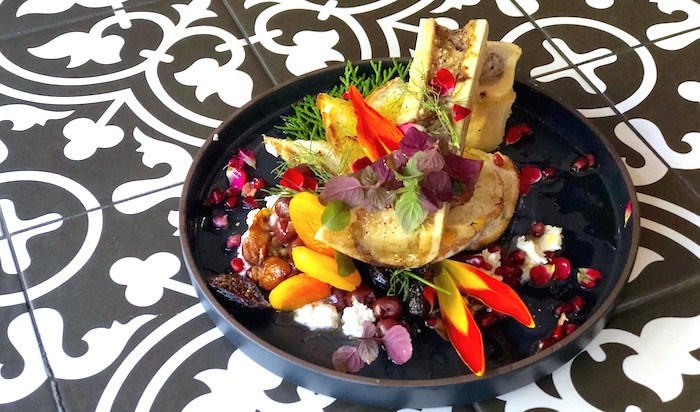 Plated for height, it's a dead sexy dish that you really, really want to share with someone you can whisper about it with, maybe play a little footsie under the table at the same time. It's almost too much. Almost.

And then there are things like the empanadas--a staple of Latin American cuisine that feel very special at Escobar. House made puff-pastry pockets are stuffed with chopped sous-vide eggs, olives, and chorizo, and are served, piping hot, with a verdant chimichurri. Kick things up with some splashes of their housemade hot sauce, if need be.

The menu at Escobar is split into large plates and smaller bites, and all make really shareable options, whether you're a diner who can handle the decadently meaty and wintery Braised Pork Cheeks in Adobo Glaze, or if you're looking to keep things lighter and more veg-forward with things like elotes (corn on the cob with herbs and cheese) or fresh salads.

I spoke with owners Ari Demosten and Alex Kyriazis before Escobar opened to learn about their plans for the space and the concept of the restaurant, and the emphasis then, as it is now, was on their desire to put forth innovative food and drink that would shake things up a bit. Just how much they imagined they would stir the pot I can't say.

Now that they've been open a little while, it felt like the right time to visit Escobar, and to experience the room and the food. Sadly, I had to take a rain check on cocktails, but did enjoying a refreshing non-alcoholic "mocktail" from the bar that was light and citrusy--an ideal foil to the heat and richness of the food. With the array of craft cocktails and in particular the mix-and-match Gin & Tonic menu, there's plenty to come back for.

Escobar is located at 4245 Fraser Street in Vancouver. They're open Tuesday through Sunday from 4 pm until late.