Inside the diner Text by Liam Ford and Jennifer Kim Helen Hill is ready for stardom. The official greeter at Save-On-Meats, Hill is a familiar face on East Hastings.
Jennifer Kim Jan 18, 2012 10:26 AM 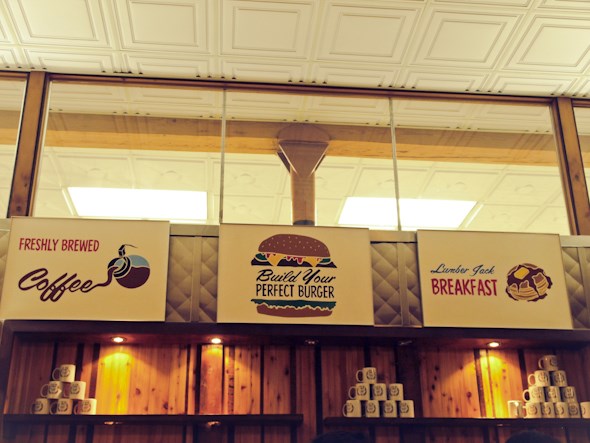 Helen Hill is ready for stardom. The official greeter at Save-On-Meats, Hill is a familiar face on East Hastings. She's been working in the area for the past six years, her presence in the community vouched for in the Hope in Shadows calendar of 2007. Now she's a star of Vancouver-shot reality TV series Gastown Gamble-- and she says she's already feeling the attention. When asked if she's ready for fame, 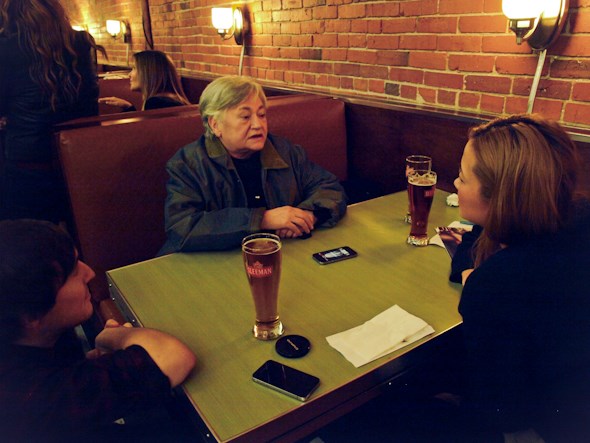 Hill, 64, was one of the cast members and employees at a preview of the first episode of Gastown Gamble, which premieres tonight at 6:30 p.m. on the Oprah Winfrey Network Canada. Produced by Louise Clark's Lark Productions, the half-hour docudrama was filmed over four months as Gastown businessman Mark Brand (Boneta, Sharks & Hammers, the Diamond, to name a few) and wife/business partner Nico (Nicole) relaunched the West Hastings landmark with the trademark neon flying pigs. 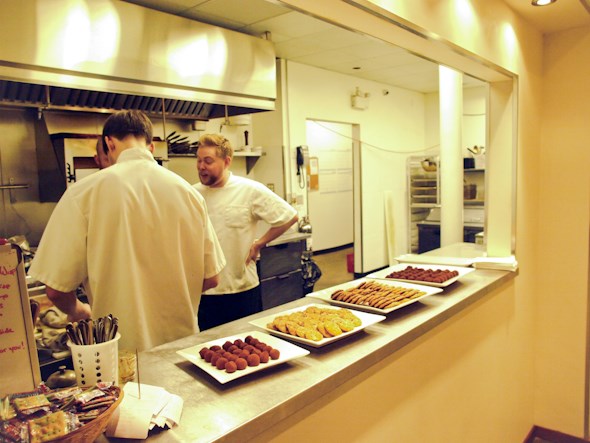 Clark and Brand were among the dozens of people who attended the preview last Wednesday at the Save-On-Meats diner. Global TV's Sophie Lui, Urban Rush host Fiona Forbes and Malcolm Parry of The Vancouver Sun sampled fish and chips, tomato soup and a totally outrageous duck-rabbit-foie-pork terrine as they mingled with employees/cast members, such as Hill and Matt McDougall, Save-On-Meats' vice-president of marketing and finance. In all the flurry and buzz, Brad took a few minutes to sit with us and talk East Hastings:

How are you feeling right now?

Super surreal.  We got followed around for about 8 months. For the first week you start, you're thinking about the show. But soon afterwards you don't think about it at all, you're like, 'Stop, get out of the way, we have things to do'. From the time we started talking about filming and then shooting through, we've opened four places, so it's been insanely hectic to try and get it all in play.

What's next for you?We're going to continue to develop this building, with a partnership from Vancouver Community College. We're working on a industrial catering campus for them. We're also working on a food incubator project with the city of Vancouver.

Could you explain that a bit?

I hate the language, I think it sounds terrible, but a food incubator at its purest form is taking small entrepreneurial ideas, and people who can't necessarily afford to have space to develop their ideas, and hopefully incubating them to get them to where they need. There's a place called Institute B, they work on social enterprise incubation, this is working on low-income food incubation. It's cool, we did a year and a half of a feasibility study with the city that went really well, and there's one based out of San Francisco called La Cocina that I visited which was amazing. It's in the Mission district. They started really small and over five years they've got over 80 groups in there at a time in 2400 sq. ft.  They've got this amazing model that I'm directly stealing with permission to use. So, we're just focusing more on community based projects, the fine dining stuff is really still super fun for us. That's the balance I guess, I still get to play with my other businesses, but our dedication for the next couple of years is to the Hastings corridor, from this way to Clark. We're working on projects all the way up that way.

These projects seem like a mission for you.  What makes it so personal?

This area has become my home and my life. I've been on the streets every day for five and half, almost six years, and I love it dearly.  The people in it, the community aspects of it - the thought of it being changed, from what it is now - There's room for everybody. There's room to have space like this, which is so community based. It's a great equalizer when anybody can spend $1.50, $3.00, whatever, and it doesn't matter who you are, what you are.  I had this cool moment that kind of inspired me to keep going where we were about to open this place: While the doors were still closed I was like,  'F*ck, is the community even going to show up? Have I done enough outreach? Have I spoken to enough groups?' Carnegie, UGM... I wanted to make sure people new who I was and who we were and felt a part of what was happening. None of that did anything though, because as soon as we opened the doors, the entire community was here. So I kind of took a step back and was like, you arrogant son of a bitch, you thought that it mattered that you were involved.  It's Save On Meats! That has nothing to do with me.

It's bigger than you. It's a tradition. 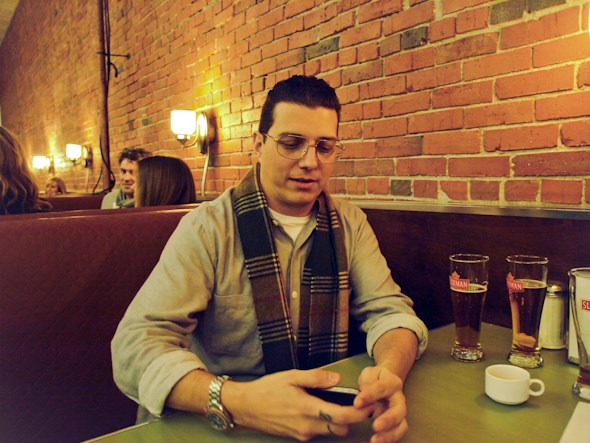 Brand, looking humble yet snappy in vintage specs and scarf, thanked the cast, crew and producers before the screening. The episode served up a compelling mix of comedy, drama, history and suspense. It captured the grittiness of the Downtown Eastside but balanced it with a healthy dose of humanity, thanks in large part to the relationship between Brand and Mike Haggerty, a longtime resident of the neighbourhood and dedicated maintenance man for Brand's many businesses. But it's Brand's honesty, ambition and passion that drive the show. And talking to Hill, who thinks of Save-On-Meats as her own little piece of paradise, it seems Brand's ultimate goal -- revitalizing the Downtown Eastside -- doesn't seem that far-fetched. She's been there every day since July 1st, working in the butchershop in the afternoons - straddling both this position and one across the street at the Potluck Cafe, where Nicole first met, then asked her to join the Save On Meats team.  She readily accepted.

I've had a wonderful time. If I died tomorrow, I would go to heaven and say, you know, God, send me back. I'm not done yet. 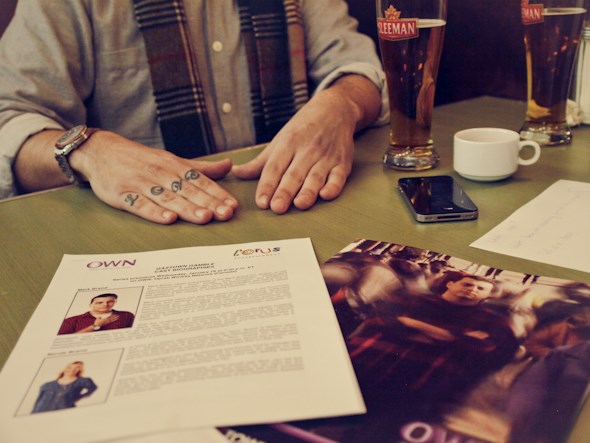 L-o-v-e, All photographs by Jenn Perutka