They've got over 600 locations world-wide, and their second in Canada is also their second location in Metro Vancouver
Jun 9, 2020 10:21 AM By: Lindsay William-Ross 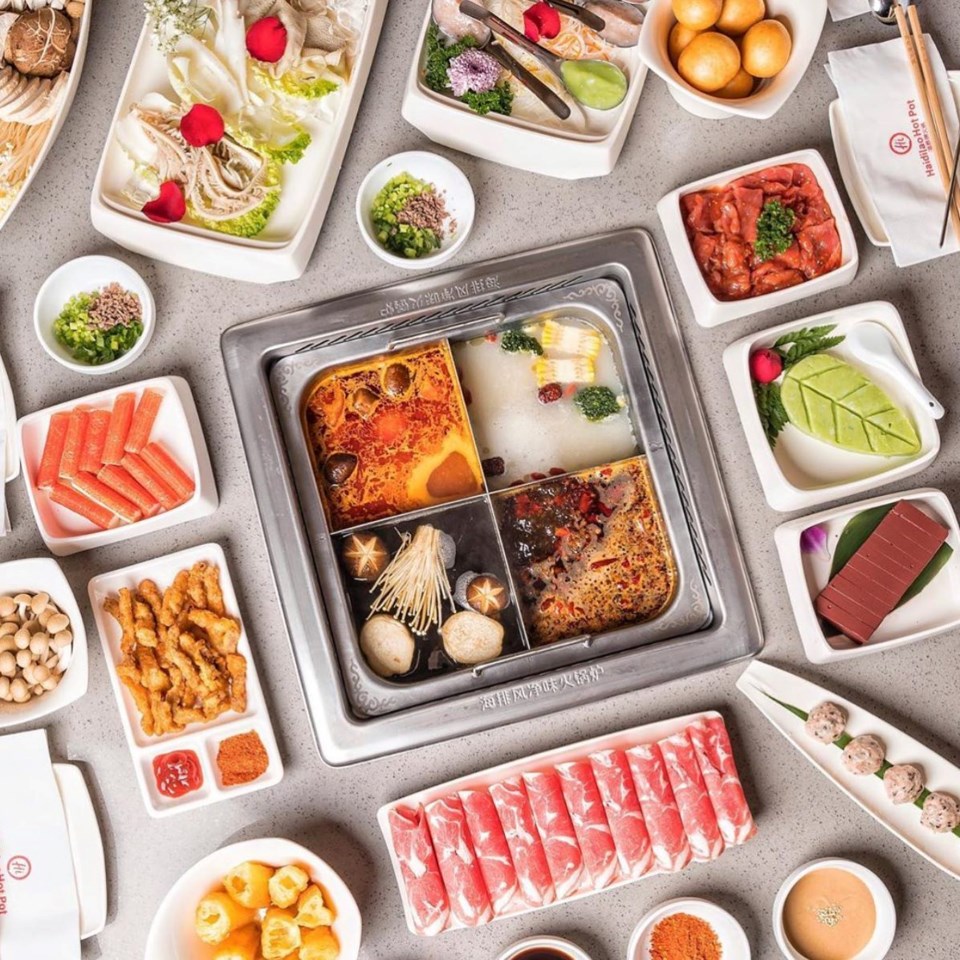 A hot pot chain with over 600 locations world-wide is about to open their second restaurant in Canada, and it's in Vancouver.

Haidilao, which debuted in Richmond in late 2018, has been transforming the one-time Swiss Chalet franchise at 3204 West Broadway for the past several months, stalled of late by the COVID-19 pandemic.

The massive 200-plus-seat space has been vacant since 2017, when Swiss Chalet packed it in after 20 years at the Kitsilano address. The corner property has a large patio facing West Broadway, and high ceilings.

Haidilao (sometimes spelled out Hai Di Lao) began in 1994 in Sichuan Province, in China. Their first U.S. location opened in 2013 in Los Angeles. They also have locations in Japan, Hong Kong, Singapore, South Korea, and Taiwan.

The name "haidilao" means "fortune," and is a term used in the game of mahjong in Sichuan.

Offering a selection of boiling soup bases, such as tomato, spicy butter, and the traditional oil, Haidilao is a classic hot pot set up: You pick your soup and cook your proteins and veg at your table.

One of the chain's signature moves is to go to great lengths to keep customers occupied while they wait for their table (as even with reservations, customers often are asked to wait). They offer things like board games, snacks, and manicures for waiting customers. Of course, with COVID-19 forcing restaurants to scale back on the number of guests in the venue at a time, and on interaction, it's likely you won't be getting your nails done at the restaurant any time soon.

Haidilao re-opened their Richmond location to dine-in on May 21, however they have also been offering take-out and delivery.

No opening date has been set just yet for the West Broadway location, simply that it is "opening soon." Follow Haidilao on Facebook for updates.