120 taps serving beer and wine in three different dining areas on two floors. Oh, and there's a pretty nice view, too...
Feb 24, 2021 3:15 PM By: Lindsay William-Ross
Previous Next
1 / 1 Growlers on the bar upstairs.
Expand
Previous Next

With one of the most enviable views in Vancouver and the indoor and outdoor seating to make the most of it, the soon-to-open Craft Beer Market location on English Bay in Vancouver's West End is poised to be a major draw.

Way back in December 2019 we learned that the Alberta-based beer-centric restaurant brand had taken over the former Boathouse at 1795 Beach Avenue, but it has taken much longer than anyone anticipated back then to get the project up and running. But the end is in sight: Craft is aiming to open its doors at long last on March 22, 2021.

The Boathouse closed up in October 2018 and had occupied the West End address with that stunning water view since the late 1980s. The chain opted to leave behind the property in 2018 when their lease expired.

Much has been going on behind the scenes at the property since Craft got the keys, and the transformation of the space is remarkable. 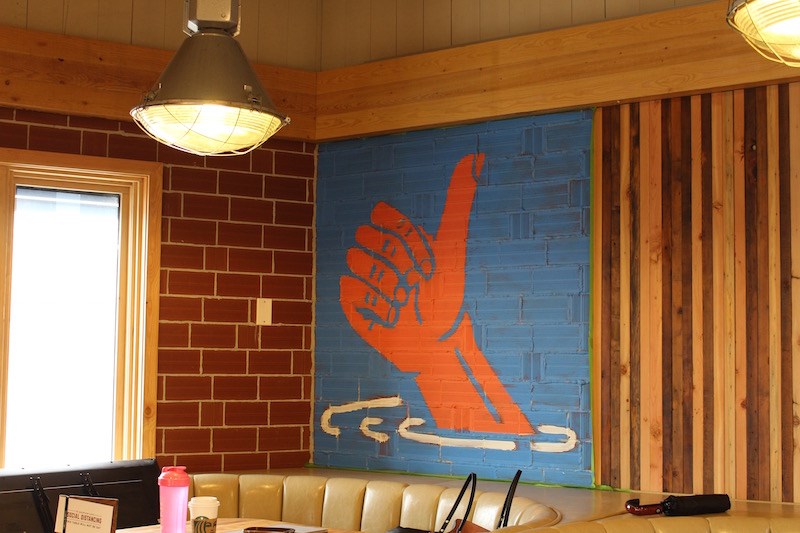 Artwork in the main dining room. By Lindsay William-Ross/Vancouver Is Awesome

We were able to take a guided tour of the new restaurant, bar, and second-floor patio hang in order to offer a sneak peek of the venue.

While this is one of the smaller  - or perhaps smallest - Craft location, they are still packing a lot into the space, including 120 taps from a windowed keg room that feed into two distinct service areas.

Downstairs you'll find a "serverless" bar with 20 taps set to showcase local craft brews you won't find elsewhere outside of the breweries' own taprooms. Get growler fills or sit down and use their smartphone ordering system to get drinks and eats to enjoy at your table.

If you're looking to grab some drinks and go, a retail station at the front of the restaurant will have cans and bottles of local craft beers (including limited-edition specialty brews) as well as packaged mixed cocktails (think Mai Tais you could - in theory - pop in your beach bag to enjoy across the street and the like).

Upstairs you'll find the main dining room with Craft's calling card U-shaped central bar featuring 100 taps for pours of local, domestic, and import beers. Several of the taps will feature kegged wines - reds, whites, and roses - which is something you don't see often at restaurants. 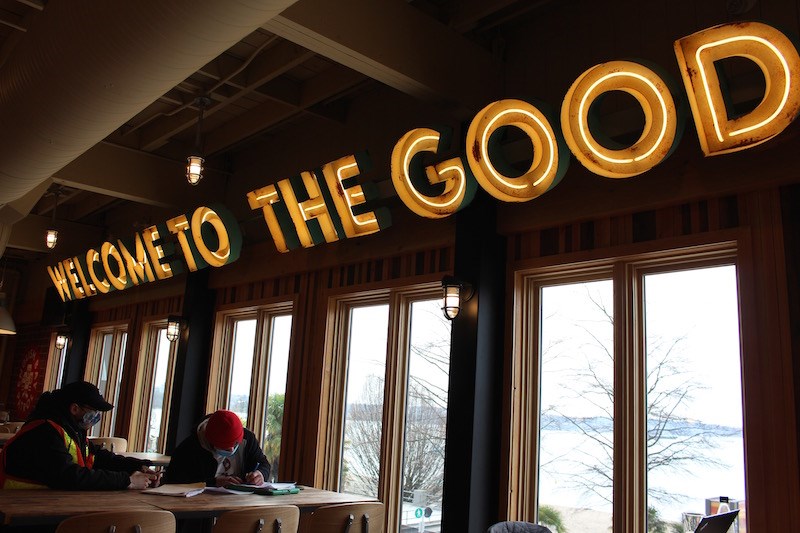 This big sign stretches across the windowed area of the upstairs main dining room and bar area.

While Craft isn't doing any brewing, they will have a trio of house brews made off-site in collaboration with local craft beer giant Parallel 49.

The taps are a state-of-the-art temperature-controlled system designed for the site. Once your drink is poured you can expect no more than a two-degree temperature change from keg to glass to your first sips.

To pair with the beer and wine, Craft is developing a menu that will feature favourites as well as new items not available at any of its other locations, including dishes created in collaboration with high-profile chefs like  Alex Chen of Vancouver's Boulevard.

Those dishes can be enjoyed throughout the restaurant, including on its impressive all-season covered patio with open-air views of English Bay. Equipped with picnic table seating that will eventually be able to accommodate eight to ten people (but for now will be for groups of six or fewer, under B.C.'s COVID-19 protocols) and heaters, as well as a retractable roof, the patio will be a major draw even in the dregs of winter or when the fireworks displays return to English Bay.

There's a lot of attention to detail in the renovation. The building dates back to at least the 1930s and was an ice cream shop and then a cafe or diner into the 1970s before Boathouse moved in. Originally a one-storey build, a renovation at some point in the timeline added a second level pretty much right on top of the roof, so the floor had a noticeable slant. Of course, now things are up to 2021 code and the bright, open, airy second level features big windows overlooking the bay and salvaged wood from the original building. 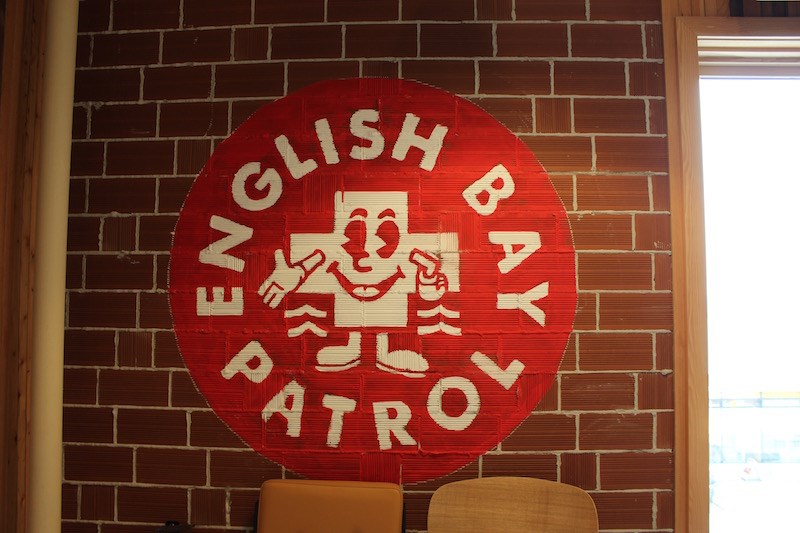 Look for little touches like mural art, including one that's the old logo from the English Bay lifeguard crew of yesteryear. While many of the fixtures and decor pieces are new, they were all carefully designed to tie into the overall 1930s vibe of the space.

As this Craft Beer Market gets off the ground in the coming weeks, owners can turn their attention to a couple of exciting projects in B.C. like their take-over of Canoe, another historic property, this one in Victoria. They're also planning to do some renovations at their first Vancouver location in the Salt Building alongside False Creek in Olympic Village.