For one afternoon only, 17 local craft breweries (and distilleries) will open their doors for Hop Circuit, a DIY beer tour of the suds-soaked East Vancouver neighbourhood.
Apr 26, 2019 7:00 AM By: Lindsay William-Ross

It's no secret that something's been brewing in “Yeast Van,” and that something is, of course, great beer. On Sunday, April 28, 17 local craft breweries (and distilleries) will open their doors for Hop Circuit, a DIY beer tour of the suds-soaked East Vancouver neighbourhood.

Now in its fourth year, Hop Circuit 2019 features 17 East Vancouver craft breweries. They’ll all be open from 1 to 5 p.m., with doors open wide to greet brew lovers for tours, tastings, and plenty of good cheer.

Walk or bike your way around the blocks between Dunlevy and Victoria, hitting up the craft brewery tasting rooms on Powell, Hastings, Adanac, and more. There will be food trucks scattered around the ‘hood to help soak up the suds from your DIY crawl. 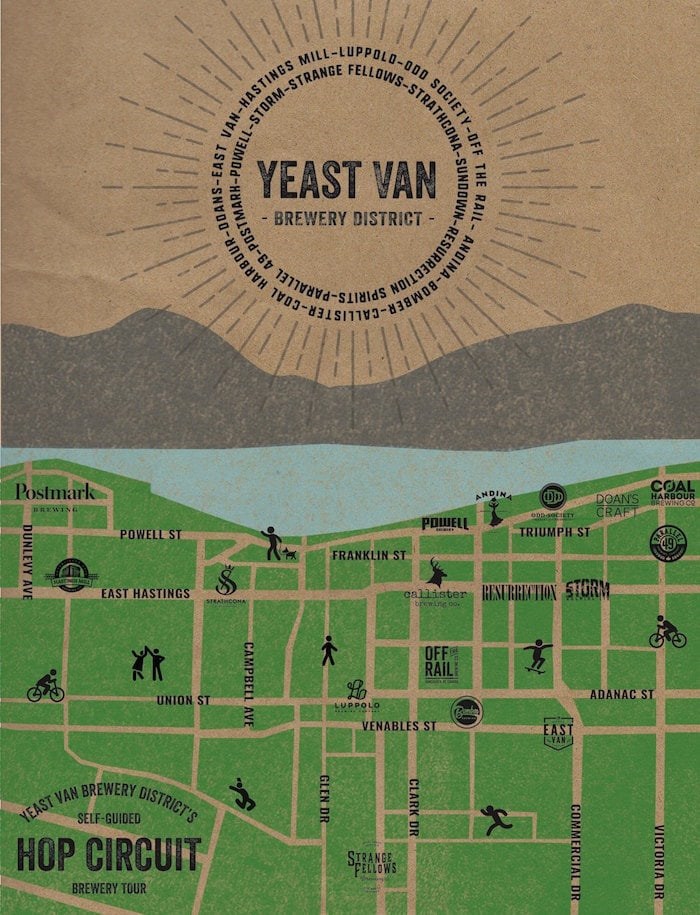 Participating breweries for 2019 are: