An award-winning fine dining restaurant in Burnaby will bring its nearly 23-year run to an end in mid-August.

The Pear Tree, owned and operated by husband and wife duo Chef Scott and Stephanie Jaeger, will close its doors for good on August 15.

The Jaegers say they had been in the midst of lease negotiations for their Burnaby Heights restaurant prior to the COVID-19 pandemic, however now they find themselves facing an over 40% rent increase, their landlord's addition of a 'demo clause' for year one, and what the couple say are "a number of other unworkable clauses."

This news comes on the heels of several months of struggle at the restaurant due to COVID-19.

Stephanie Jaeger admits “the last several months have been a challenge to say the least. The dedication and commitment from the staff have been unbelievable and with amazing customers and suppliers supporting take out and restricted dining, we brought July sales back to be on par with last year so to not be able to find a solution to the lease is very disappointing.” 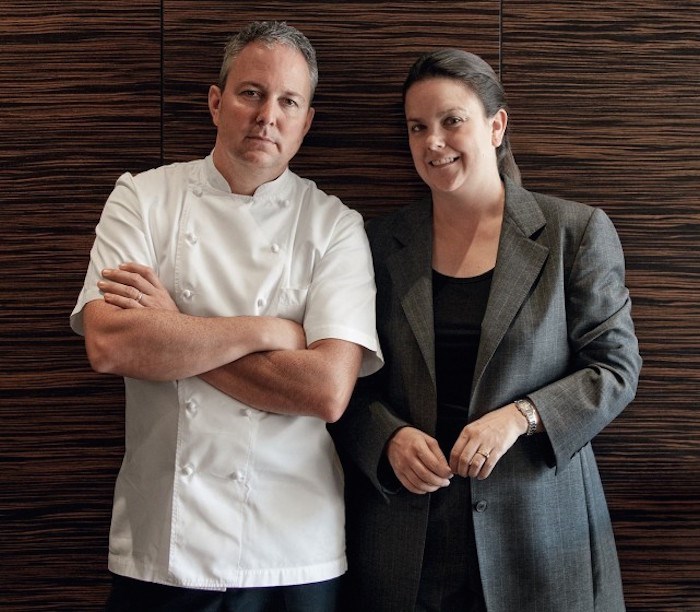 The Pear Tree opened in January 1998, and in the following year was named Best New Restaurant from both Vancouver Magazine and the BC Restaurant Association. This June, The Pear Tree was among the Vancouver-area restaurants ranked on the Canada's 100 Best Restaurants of 2020 list.

The French-style white tablecloth Pear Tree drew fans from Metro Vancouver and beyond, often serving as a destination restaurant for those in search of a refined menu of regional ingredients prepared showcasing classical technique. The restaurant was among few of its rank and style in Burnaby, and its modest East Hastings storefront belied the minimalist and understated vibe of its interior.

The Jaegers say once The Pear Tree is closed they intend to continue to offer in-home catering, until they are able to set out on a new dining establishment venture. For the mean time, The Pear Tree is accepting reservations until Aug. 15.