The tie-wearing brine boys of Kaylin & Hobbs have marked just over a year of having a permanent tasting bar and stand at Vancouver's Granville Island Public Market, and have just opened up a second outpost, at North Vancouver's Lonsdale Quay.
Jul 25, 2018 10:22 AM By: Lindsay William-Ross

You've probably never met two guys more passionate about pickles than Scott Kaylin and Chris Hobson. The tie-wearing brine boys of Kaylin & Hobbs have marked just over a year of having a permanent tasting bar and stand at Vancouver's Granville Island Public Market, and have just opened up a second outpost, at North Vancouver's Lonsdale Quay. And this is only the beginning. 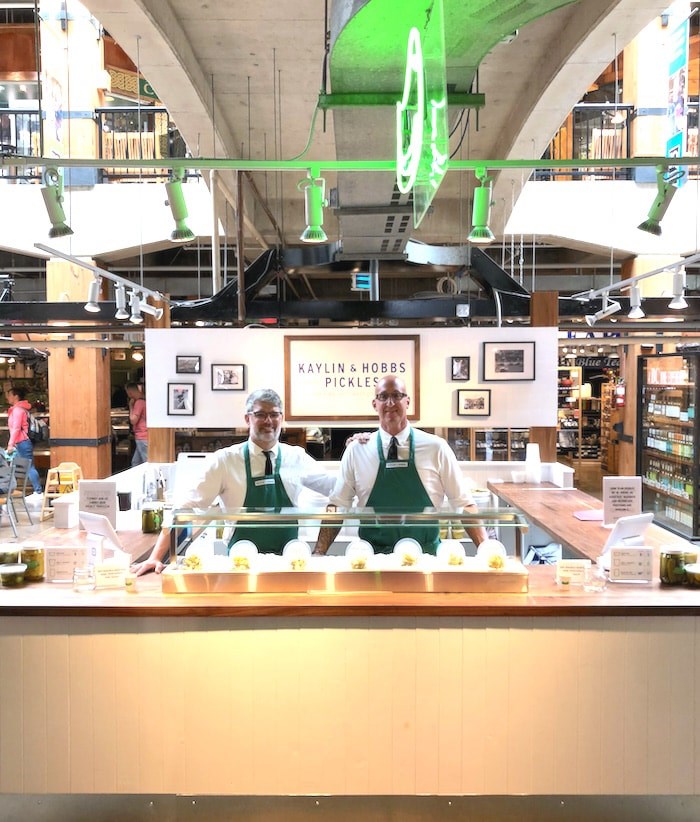 Hobson, left, and Kaylin at their Lonsdale Quay location (Lindsay William-Ross/Vancouver Is Awesome)

"New York Taste, West Coast Vibe," is their motto, and they--and the pickles--really embody that. A couple of East Coast transplants (Hobson hails from Toronto, while Kaylin come from New York), they arrived in Vancouver and immediately noticed a hole in the food market. A pickle-sized hole, to be precise.

They launched their stand at the Granville Island Public Market in 2017, where they sell pickles in three container sizes: Taster, Deli Quart, and the Traveler, the latter of which is for out of towners packing pickles in their luggage, a big segment of the shoppers at the popular tourist spot. 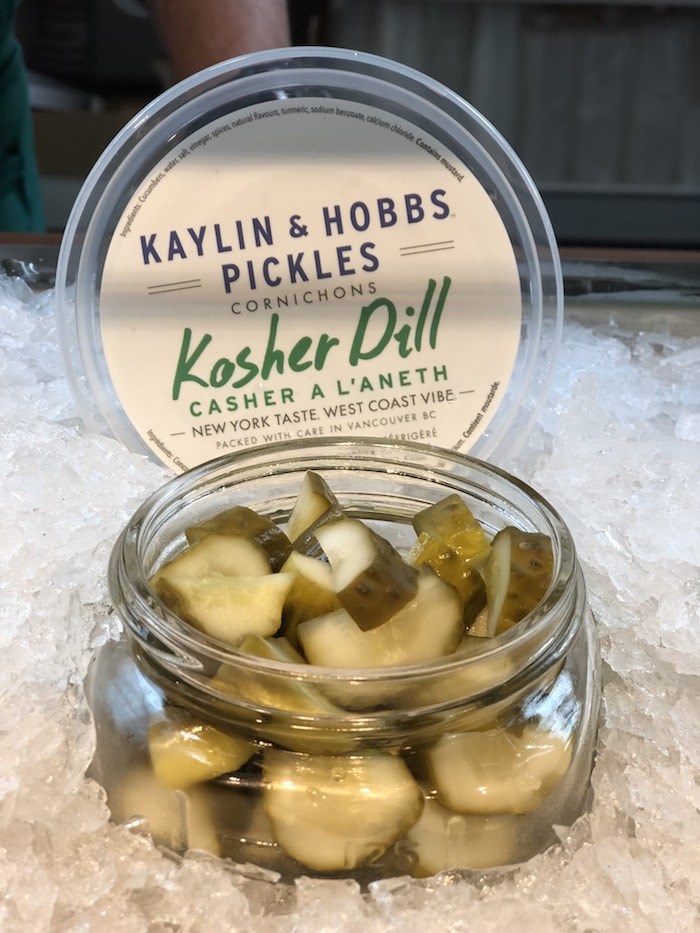 But in the meantime, while Kaylin & Hobbs were establishing themselves as the real dill, they were networking with local restaurants, breweries, bars, and stores to get their pickles on board menus and in cocktails all over town. You can order up a four-pickle "flight" at East Van Brewing, get a pickle-d Caesar at Bridges, and nosh on deep fried pickles at the Yaletown Brewery restaurant. You'll even find pickles at places like TurF, The Juice Truck, and at posh steakhouses like Gotham and Hy's, which means Kaylin & Hobbs are covering plant-based eaters and omnivores alike.

So when Lonsdale Quay began to revamp their marketplace offerings, and the space that had been used for many years by a jewelry vendor became available, Kaylin & Hobbs came on board. They created a brand new stand, complete with a fresh new pickle tasting bar that keeps their small-batch pickles on ice. You can taste all you want, but just don't double dip with your toothpick. 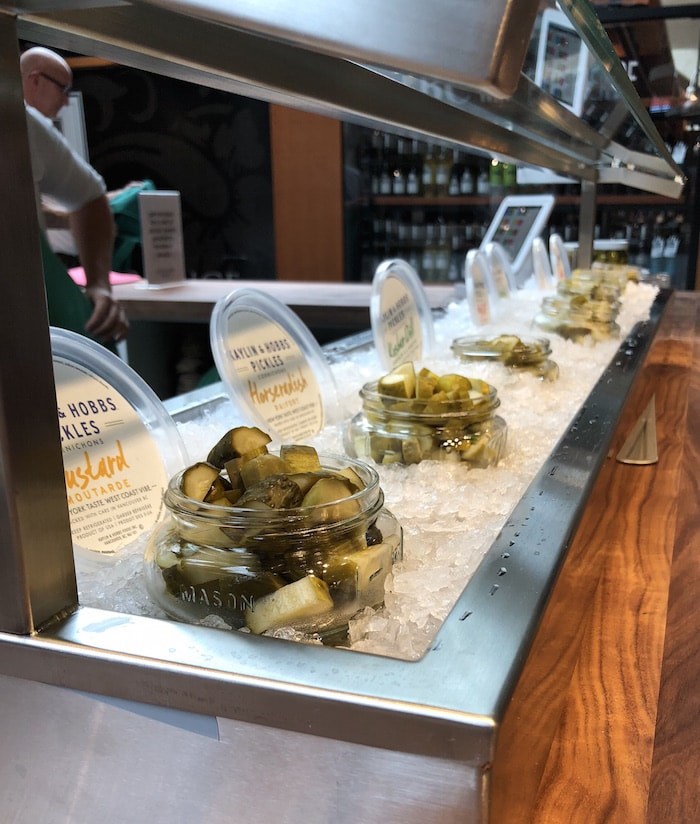 Hobson and Kaylin are excited about the transformation the Quay and the overall Lower Lonsdale area is going through, and even just a few days in business there have seen how rewarding it is to engage with the local community. And in North Vancouver, they're already seeing just how many area residents enjoy stopping by, as opposed to the high volume of tourist traffic at Granville Island.

Passing by and not stopping to taste some of Kaylin & Hobbs' signature pickles seems nearly impossible. They offer nearly a dozen flavours of sweet, spicy, and sour pickles. 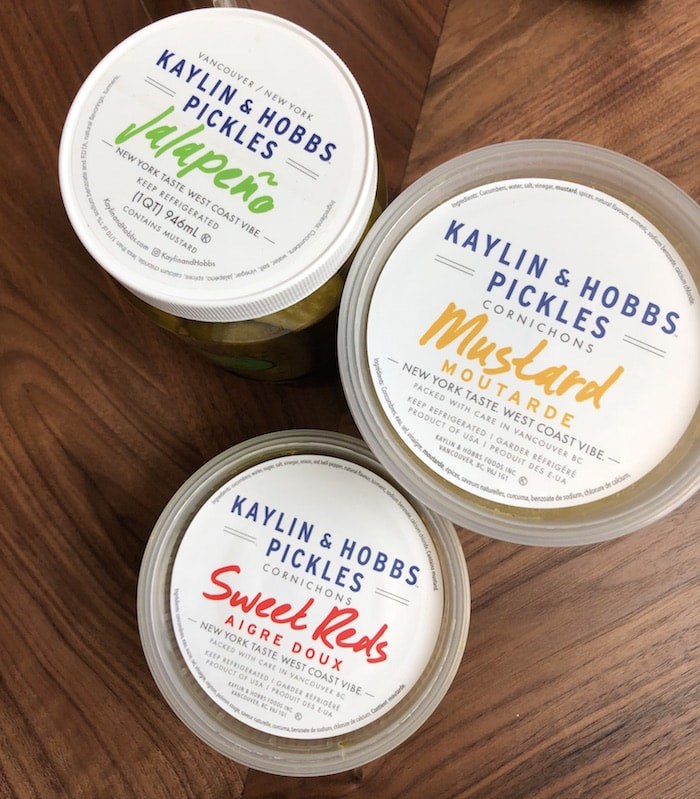 Their Kosher Dill is what they joke is a "gateway pickle" to the world of more intense flavours Kaylin & Hobbs make. Taking a queue from the traditional East Coast Deli style of pickle-making, the pair promise that even die-hard pickle lovers who think they loved pickles before will suddenly find their love has new meaning after trying one of theirs.

The next step is probably to get a little bolder. They make Mustard Pickles, Horseradish Pickles, and Jalapeño Pickles. As a fun bonus, from behind the pickle bar, the guys can give you tons of tips on how to make the most of the jar you're most certainly going to want to buy, like how you can use the brine to liven up a martini or which pickles will jazz up a burger the most. 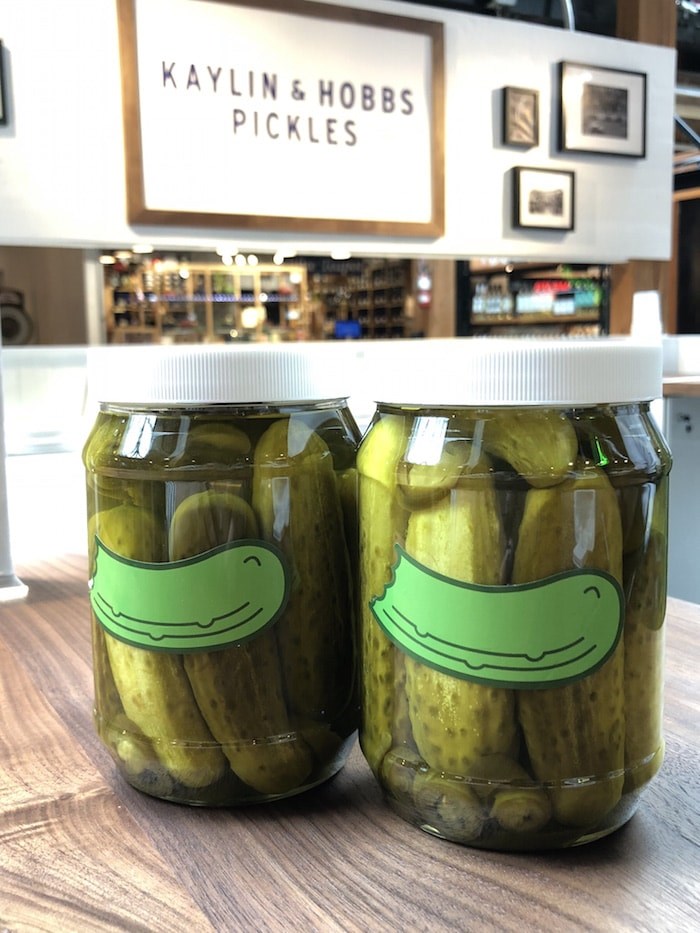 Sweet pickle fans will love their Sweet Reds or Honey Mustard, but it's the Half- and Full Sours that have the cult following. Beloved by pickle purists and by those in search of the ultimate probiotic, the sours are considered more of a specialty segment of the pickle line, and aren't always in stock.

It's pretty easy to talk pickles with Hobson and Kaylin, who are glad to have another forum in which they can interact with customers. A third forum, Fresh Street Markets, have brought them on board at their West Vancouver store, too, giving them a spotlight display space and fresh pickle fans in the making.

While Kaylin & Hobbs is expanding, they still bring to the table their unique passion and pickle expertise. 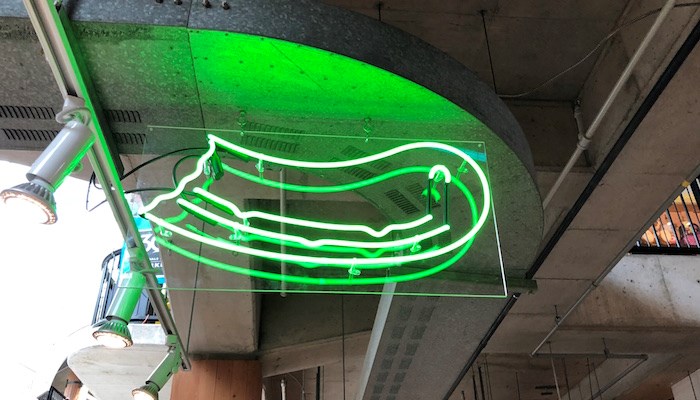 "No one is ever going to take pickles as seriously as we are," says Kaylin--a man who rides a bicycle with a custom K&H pickle paint job and has their curved pickle logo sticker on the back of his iPhone.

He's probably right, though both Kaylin and Hobson know they aren't reinventing any wheels when it comes to pickles--a food that goes back hundreds of years.

When it comes to pickles, "we're not changing the name," jokes Hobson. Cue Kaylin, who chimes in: "We're just changing the game." 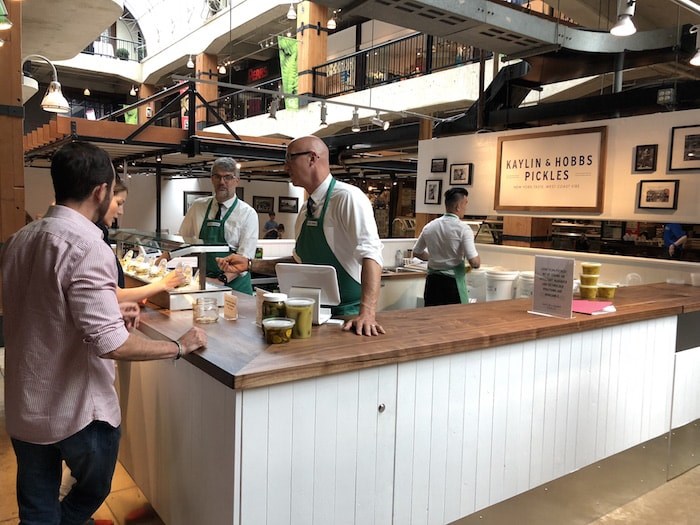 Kaylin & Hobbs new location is at Lonsdale Quay on the ground floor, at 123 Carrie Cates Court in North Vancouver. Find them under the big neon pickle sign.

A shop dedicated to charcuterie boards and 'grazing tables' is opening soon in Vancouver
May 11, 2021 1:05 PM