Kevin Smith is bringing a Mooby's pop up to Vancouver

The fast-food franchise from film will show up in March, complete with Cow Tippers and Hater Totz.
Feb 11, 2021 1:24 PM By: Brendan Kergin 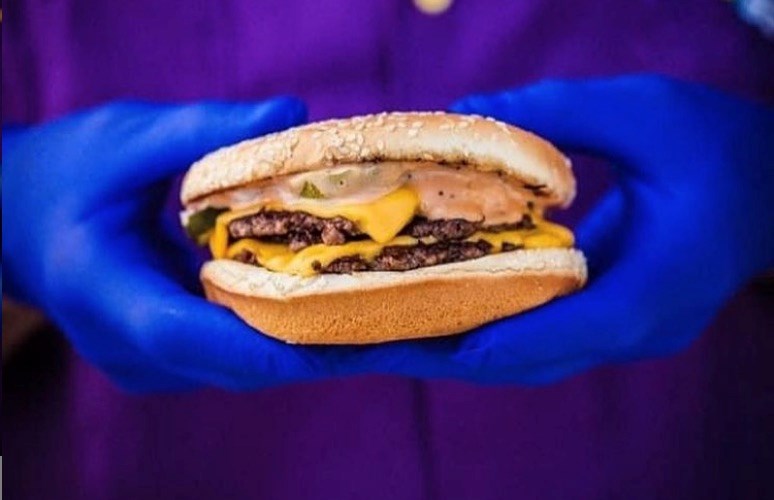 Straight from the Kevin Smith Askewniverse comes a real-life Mooby's pop up, and it will be in Vancouver, BC this March. Photo via @moobyspopup/Instagram

If you're a fan of Kevin Smith's View Askewniverse then you know Mooby, the golden calf.

While in the fictional universe there's a chain of Mooby's selling fast food to everyone from Jay to Silent Bob, in reality, there is no such chain.

But there is a pop-up that's travelling around.

Today Smith, director of such films as Dogma and Clerks, announced via the Mooby's Instagram that the pop-up Mooby's will be stopping in Vancouver next.

"We're now moving out to the west coast of Canada," Smith says in the video on Instagram. "My alma mater, Vancouver Film School, that's where they are!"

Mooby's has popped up at around a half-dozen cities in the US and was in Toronto from Nov. 12 to Dec. 9.

"The Mooby's menu will include fan favourites from the franchise, including the Cow Tipper and Hater Totz. For fans who aren't about that meat life, fear not, as there are vegan options like the Beyond Cow Tipper," notes a media release about the Mooby's pop-up.

Smith says Mooby's will appear sometime this March in Vancouver but doesn't say where exactly the pop-up will be located. Fans can sign up via the Mooby's site to be notified of upcoming plans for the pop-up.