The New York Times Food section has dedicated an issue to what Canadians eat and drink, and that includes a review of Vancouver's Kissa Tanto from critic Pete Wells.
Jan 16, 2018 11:14 AM By: Lindsay William-Ross

The world kind of fell in love a little more with Canada in 2017. As the nation marked its 150th "birthday" from coast to coast, we continued to draw in global tourists who were struck by our landscape, hospitality, and Canadian-ness.

In this first month of 2018, as Canada still basks in the glow of an incredible year of favourable coverage from around the globe, the New York Times Food section has dedicated an issue to what Canadians eat and drink. 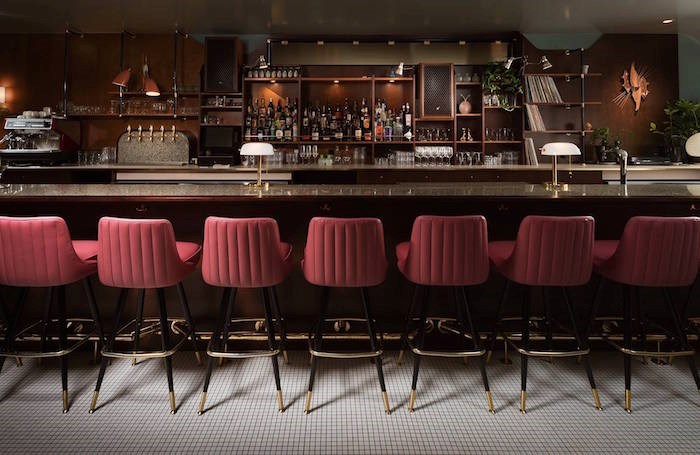 From butter tarts to oysters, the NY Times is taking a close look at Canada's food, and for their restaurant critic, Pete Wells, that includes a review of Vancouver's acclaimed Kissa Tanto.

Kissa Tanto, and its seductive meld of vintage Japanese jazz bar vibes with contemporary dining, opening to much critical fanfare in 2016. The second project of Tannis Ling and Joël Watanabe (the first is Chinatown's game-changer, Bao Bei) is known for its excellent cocktails, swank (but borderline kitsch) decor, and Italian-Japanese fusion food.

Wells, who is clearly smitten with Kissa Tanto, says the spot "conjures an imaginary parallel world," and "a lifelike fantasy." The drinks are "meticulously grounded in the proper techniques and ingredients."

When it comes to food, Wells lauds Kissa Tanto's celebrated whole fish, and dishes that manage to pull off the tough task of melding ingredients from divergent cuisines with success, like eggplant croquettes served with shavings of skipjack tuna and a yuzu-tinged gribiche.

What's particularly lovely about Wells' review of Kissa Tanto is that he manages to touch on the significance of a restaurant of this calibre finding success in Vancouver's evolving Chinatown with a measured touch. 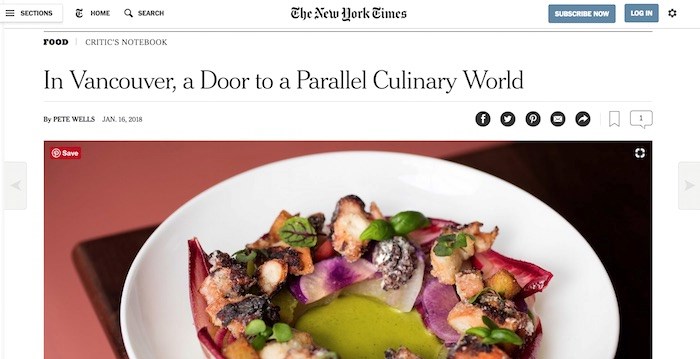 This is a pleasant counterbalance to the rhetoric a writer in the New York Times Travel section chose to use to talk about the area in a 2016 piece on dining in Vancouver that includes Kissa Tanto: "Note: There’s a wrong way and a right way to get to Kissa Tanto. We went the wrong way, walking down a dicey stretch of East Hastings Street, site of rampant drug activity. The right way, at least at night, is by taxi, car or bus."

But back to Kissa Tanto. It's still hard to get a table there (Wells acknowledges this) and it's now probably going to get harder. Kissa Tanto is a gem in Vancouver's dining scene, and makes for a very nice grown ups night out (though my date there was a preschooler, which the restaurant handled with applaudable panache).

"At Kissa Tanto, there’s imagination all over the place. It’s a restaurant to get lost in," concludes Wells.