The Vancouver Mural Festival is making sure several more city walls are getting a big dose of colour this month, and to celebrate, one local craft brewer has released a beer for the event. 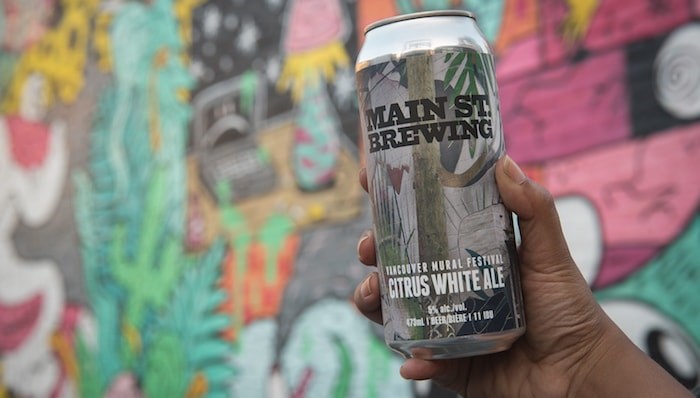 It's refreshing and would pair nicely with seafood, a white pizza, or some spicy noodles, in the humble opinion of the V.I.A. staff, who cracked a four-pack on a recent sunny afternoon.

But what Main Street's Citrus White Ale really pairs nicely with is the arts community. That's because the cans feature six murals from the 2017 Vancouver Mural Festival, and in each four-pack you get a selection from the six styles. 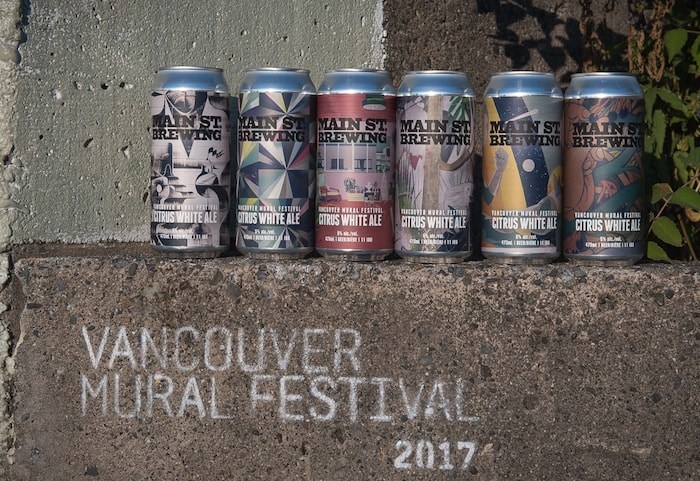 Partial proceeds from every four-pack sale support the Vancouver Mural Festival, and as a fab bonus $1 from every VMF beer sold during the festival (August 6-11, 2018) in the tasting room will go towards supporting the Mount Pleasant Community Centre.

So really, you owe it to the community to have some beers, right?