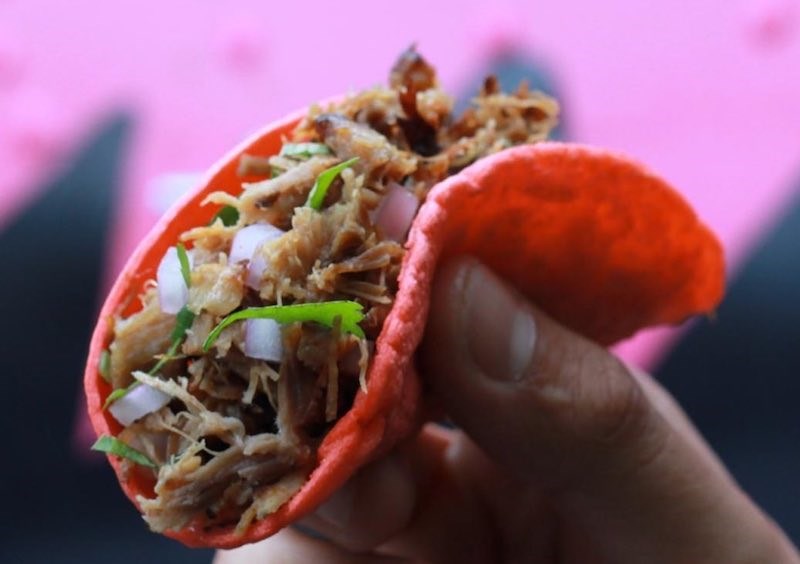 A Whistler staple for tacos has bid farewell to their Vancouver outpost, but fans of Mexican street food need not worry: A local food truck has moved into the space to launch the restaurant version of their concept.

Lucha Libre Tacos is now operating at 722 Nelson Street. The address had previously been home for not quite four years for La Cantina, which still operates its original Whistler locations, and has an ongoing connection with the new taco shop operators.

The downtown restaurant marks a fourth restaurant venture for the Lucha Libre team, who also operate Originals Mexicano, Mercado Mexican Market and Taqueria, and Mangos Lounge - as well as the original Lucha Libre food truck, which was based in the Tri-Cities.

On the menu at Lucha Libre you'll find starters and share plates like nachos and ceviche, as well as staples such as tacos and burritos. They're also doing up massive combo platters recommended for three or more diners, and dishes you don't see too often, like alambre, which is made with meat, onions, and bell peppers.

The motif of Lucha Libre is the professional wrestling realm of the same name - think masks, bold colours, and a kind of over-the-top and in-your-face vibe. Incidentally, the decor and vibe of La Cantina on Nelson was very much along these lines, which surely made the transition to Lucha Libre much smoother.

In addition to the sit-down restaurant, Lucha Libre's new "taqueria" is offering take-out and delivery, with online ordering available.