Here are the 14 most anticipated new breweries in B.C.

Jon Healy photo The craft beer trains keeps right on rolling. We have 11 new breweries listed in our latest issue of The Growler , and word on the street is there is a whole bunch more on the way.
0
Oct 2, 2018 4:02 PM By: Rob Mangelsdorf 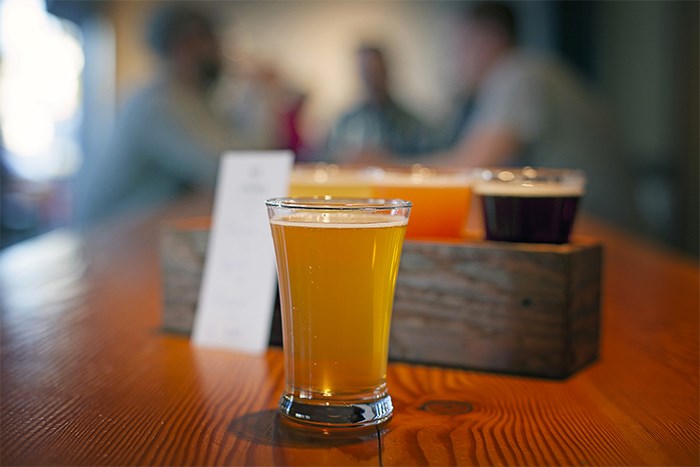 The craft beer trains keeps right on rolling. We have 11 new breweries listed in our latest issue of The Growler, and word on the street is there is a whole bunch more on the way. Here’s the latest intel from our network of beer spies. Got a hot brewery tip? Let us know at editor@thegrowler.ca!

New Westminster (late 2018) ABC has been in the works for a while now and has already been collaborating with fellow New West brewery Steel & Oak.

Port Coquitlam (late 2018) Port Coquitlam’s favourite pub will soon be brewing its own beer after getting approval from the city to add a 3,200 sq. ft. microbrewery on site.

Coquitlam (2019) If it can be fermented, this brewery/cidery/winery/distillery will make booze out of it. This spacious fermentorium will be at the center of a new 85-acre development in South Coquitlam.

Penticton (summer 2019) This exciting new project is coming to downtown Penticton courtesy of Whistler Brewing’s Liam Peyton and Powell Brewery’s Chris Vandenberg. Expect some creative brews and a top-notch tasting room to drink them in.

North Vancouver (early 2019) House of Funk is bringing a bit of funk to the North Shore in the form of wood-aged, brettanomyces-fermented wild ales. Conveniently located right next door to Beere Brewing.

Comox (summer 2019) Located at the former site of the legendary Loft Cabaret on Guthrie Road, this new brewery will have seating for 100, taps aplenty and a full kitchen.

Comox (summer 2019) Despite the popularity of craft beer in the Comox Valley, there hasn’t been a craft brewery in Comox proper until now. It also might be one of the first breweries in B.C. to be located in a shopping mall.

Revelstoke (summer 2019) This brewery has its eye on downtown Revelstoke where it plans to open a 30-seat lounge by next year.

Vancouver (2019) Renovations are underway to the historic former Fish House, as AB InBev-owned Stanley Park Brewing will finally get a brewery in its namesake park.

North Vancouver (fall 2018) The tanks are in and the test batches are being brewed, the next stop for this Lower Lonsdale brewery is opening day!

North Vancouver (2019) One of B.C.’s coolest beer brands is finally getting its own home on the North Shore. Maybe Superflux’s killer IPAs won’t be so hard to find now.

North Vancouver (early 2019) Construction is well underway at Wild Eye’s Main Street location, not far from Bridge and Deep Cove. Meanwhile, the beer is already being contract brewed and canned.