Not a run for the border: Taco Ding Dong hits Vancouver in time for the munchies

Launching Wednesday, May 19, Taco Ding Dong will be dishing up their riffs on drive-thru standards like the Cheesy Gordita Crunch, Rock’n Cheesy Tots, and the stacked seven-layer Cheesy Wrapped Blaster Burrito.

The eats are available from when the munchies hit into the wee hours via online order for delivery seven days a week.

So who came up with this concept that will save us that "run for the border"?

It's Todd Graham, who began working on Taco Ding Dong's Taco Bell tribute menu last year at a pop-up event with Vancouver's The Narrow Group. Apparently, Graham's love of the chain is as intense as the Chalupa is greasy and as layered as the Mexican Pizza. Now, Graham has given the Narrow Group his blessing for them to run with it as a standalone concept.

Items on the Taco Ding Dong menu run $3 to $6, but if your love of the tribute biz goes deeper, yes, they do have merch, too. 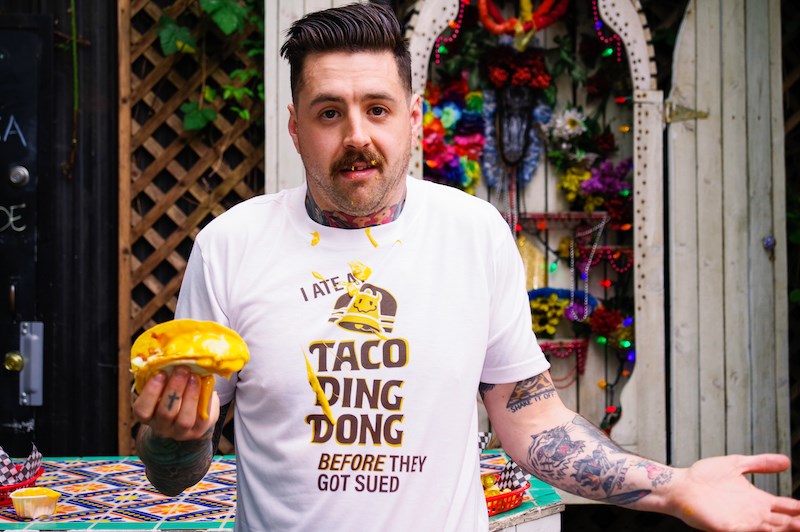 PS, if you quiero Taco Ding Dong, don't sleep on that craving; they (maybe half-jokingly?) suggest you try them out before they get sued.

Taco Ding Dong operates Monday through Sunday from 4:20 to 11:30 p.m. through partners Skip the Dishes and Uber Eats. The Taco Ding Dong website will go live May 19.