Papi's Seafood & Oyster Bar made its debut in the former Beach Bay Café spot just this June, and recently the restaurant rolled out their weekend brunch menu.
0
Aug 9, 2019 10:27 AM By: Lindsay William-Ross

Papi's Seafood & Oyster Bar made its debut in the former Beach Bay Café spot just this June, and recently the restaurant rolled out their weekend brunch menu.

The bright, cheery space - with a prime patio facing picturesque English Bay - is a great place for a weekend brunch, complete with fresh oysters and classic AM cocktails. 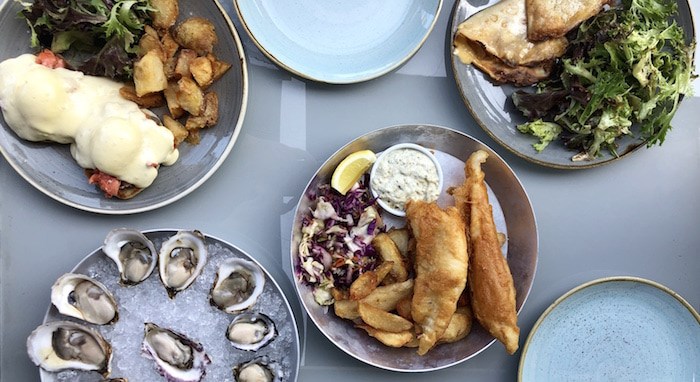 Brunch at Papi’s Seafood and Oyster Bar. Photo by Lindsay William-Ross/Vancouver Is Awesome

Kick off your brunch with a house mimosa or Caesar, both of which pair nicely with the array of fresh-shucked oysters up for order from their raw bar. Tuck into a dozen over ice before shifting into the more traditional breakfast realm - the menu asks that you "check the mother shuckin' board" to see what's available that day.

Melding seafood with midday and morning eats, Papi's brunch menu is concise, with at least one dish landing in each of the standard brunch categories: A loaded toast, something eggy, Bennys, some non-breakfast stuff, and something sweet.

There are two Benny options: a Bacon Jam Benny and a Westcoast Benny, both of which done up with Papi's velvety olive oil Hollandaise and perfectly crispy and fluffy breakfast potatoes. The Westcoast Benny features a silky layer of confit salmon, along with briny capers to cut the richness with a little twang. 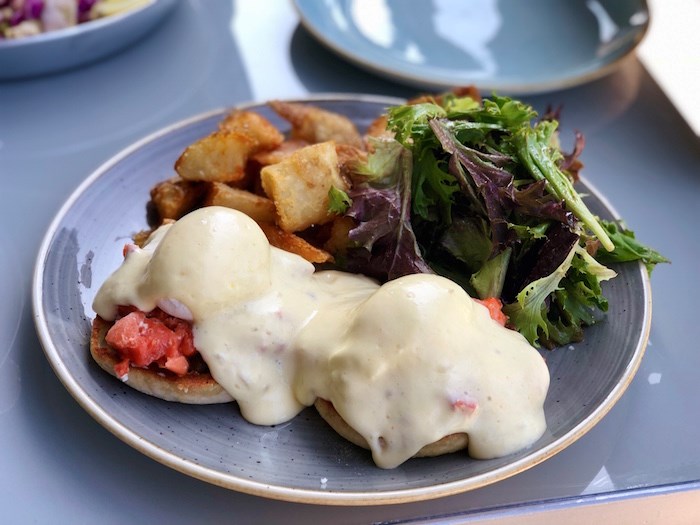 Westcoast Benny at Papi’s. Photo by Lindsay William-Ross/Vancouver Is Awesome

Another egg dish, called Meatballz, pairs a duo of poached eggs with tomato sauce, pickled veggies, and fried bread. If you're looking for eggs, there's one more option, and it's a riff on a Vancouver favourite, the Hummus Toast, which is poached eggs with English peas and hummus on toasted sourdough.

For those in search of brunch sweets, Papi's keeps it minimal with just one dish, their Brioche French Toast with seasonal berries. Savoury seekers will be pleased with the more lunch-y dishes, like their house chowder (seafood and a tomato base), a kale and quinoa salad, or a Caesar salad. 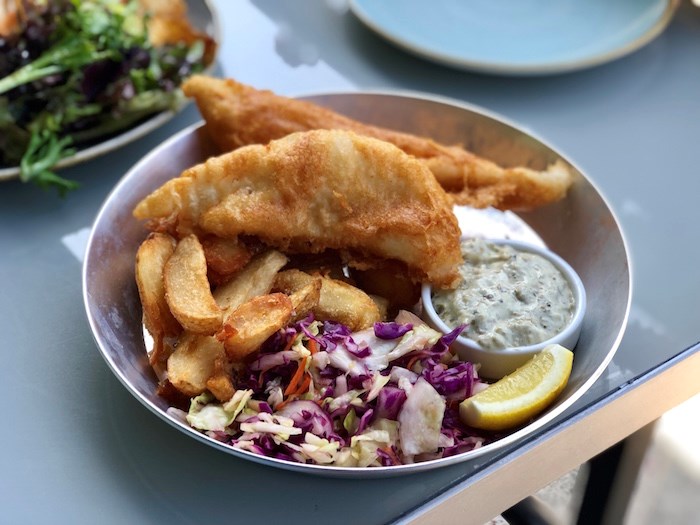 Fish and Chips at Papi’s. Photo by Lindsay William-Ross/Vancouver Is Awesome

You'll also find their top-notch Fish and Chips on the brunch menu, which features beer-battered fish, thick wedge fries, a slaw, and Papi's crave-worthy house tartar sauce. This is a F&C that would hit the spot at any time of day, for sure.

One unexpected option is their "Croque Madam Crepes," which teams up the key ingredients in the French classic Croque Monsieur, ham and cheese, and melds them into a very rich and gooey filling for a golden-brown griddled crepe. Though they call it "Madam," this version is missing the egg, which is what turns a "Monsieur" into a "Madame," - when it comes to "Croques." 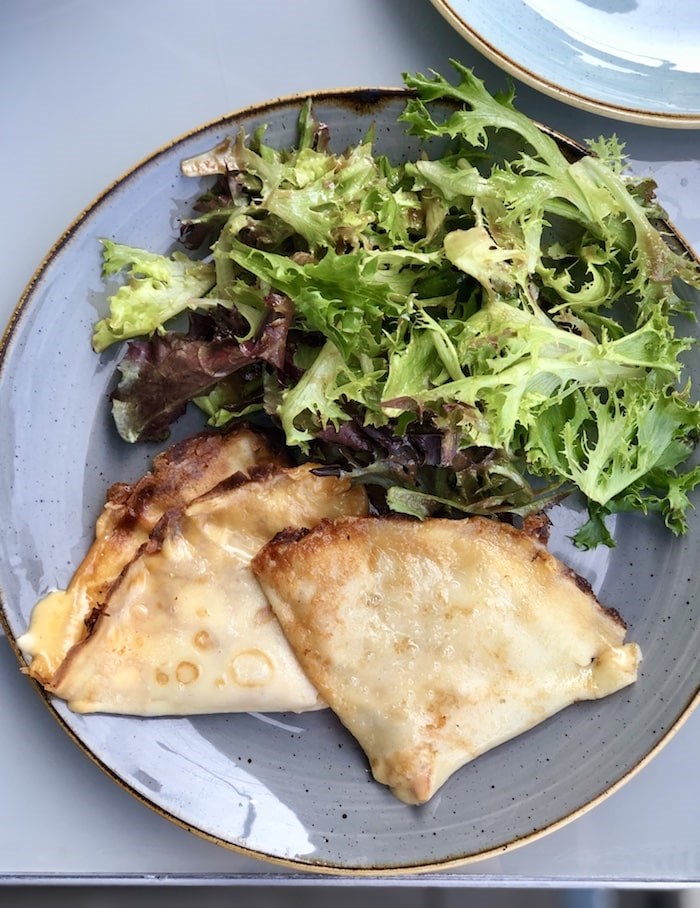 There's definitely something for pretty much everyone at brunch at Papi's, with a delightful seafood bent, and that terrific patio for catching as much sun a possible. Brunch is served Saturdays and Sundays from 10 a.m. to 2 p.m. 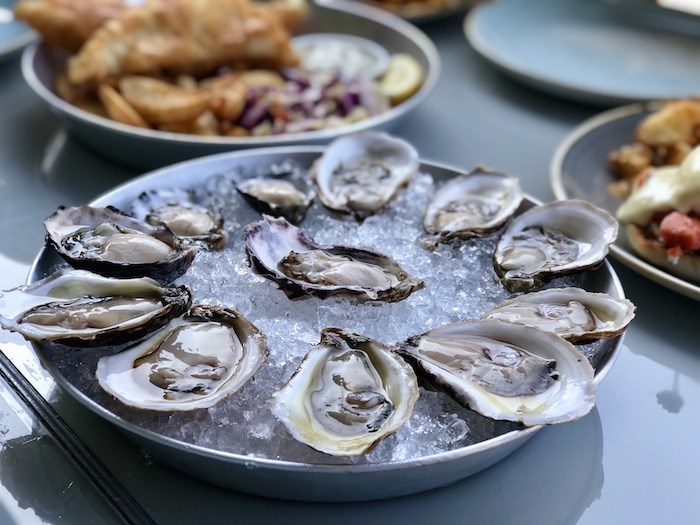 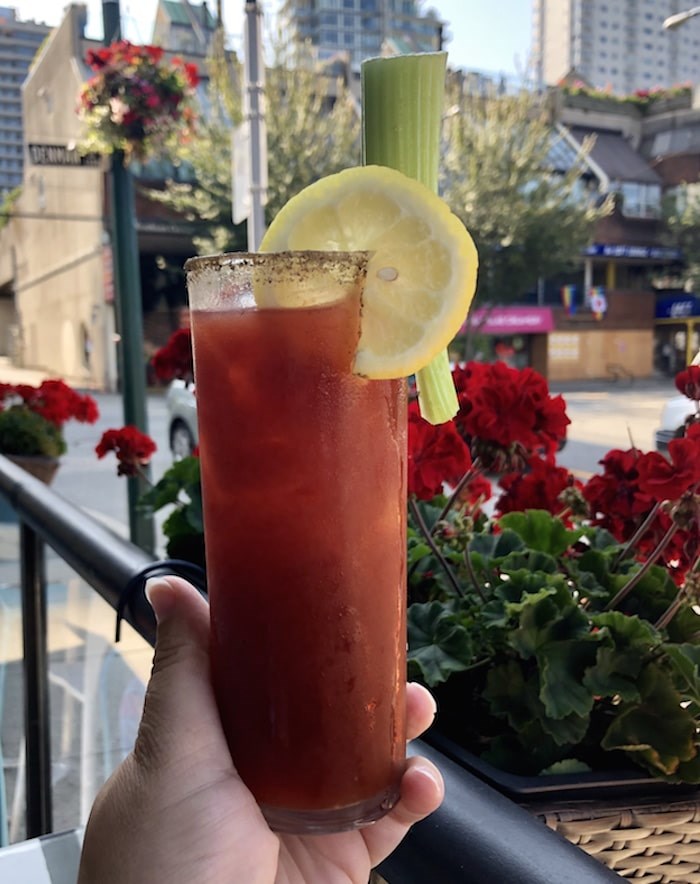 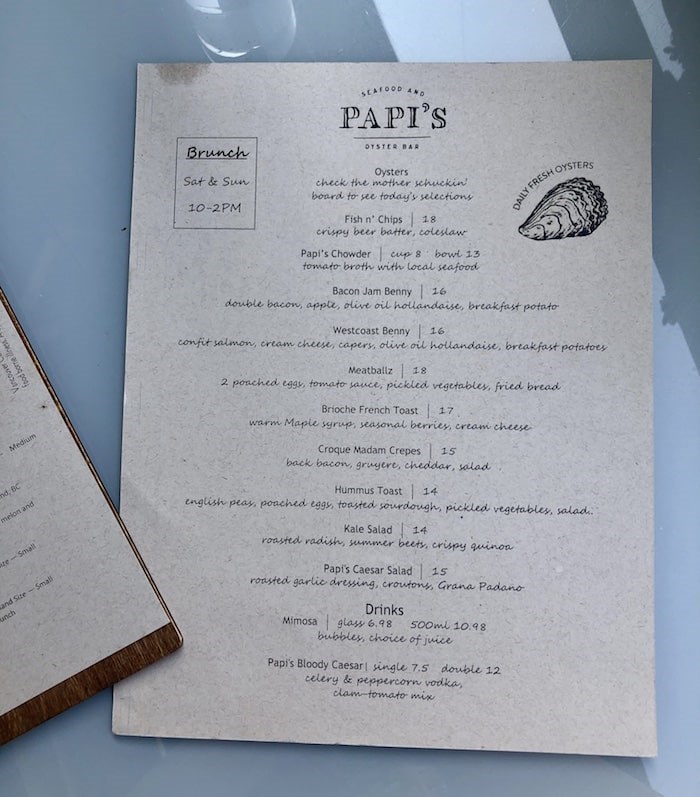 Brunch menu at Papi’s. Photo by Lindsay William-Ross/Vancouver Is Awesome