Peaked Pies – which has locations in Vancouver and Whistler – has announced it is opening a new shop in Metro Vancouver next year.
0
Sep 21, 2019 6:38 PM By: Chris Campbell

What does that equal?

A whole lot of deliciousness. Oh, you can add one more thing to that equation – the neighbourhood of Burnaby Heights.

That’s because the company Peaked Pies – which has locations in Vancouver and Whistler – has announced it is coming to 4114 Hastings Street, just east of Gilmore Avenue, in early 2020.

A sign is already up, but construction hasn’t started yet on what is yet another stellar addition to the Burnaby Heights food scene. 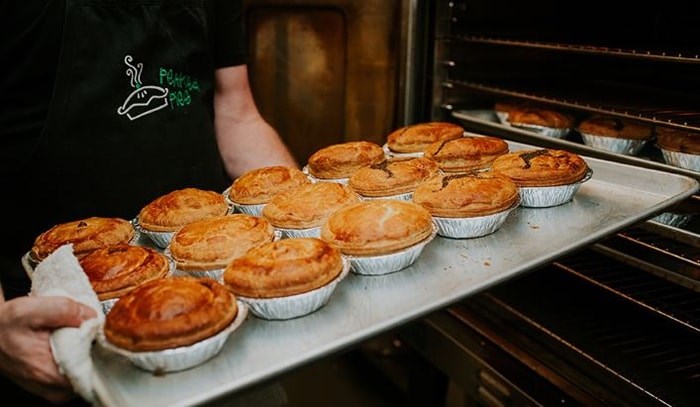 The formula described above is the signature pie for Peaked Pies. According to the company, the crust for the pie is made from grass-fed butter and the gravy also comes in a vegetarian option.

A look at the menu includes some Indian options, a vegetable medley, various steak variations and “ground kangaroo” in a cabernet merlot balsamic reduction.