On Dec. 11, 2018, the multinational coffee company will open the doors to western Canada's biggest Starbucks store, and Vancouver's second high-end Reserve concept location, just steps away from where it all began 31 years ago.
Dec 10, 2018 11:58 AM By: Lindsay William-Ross

On March 1, 1987, Starbucks opened their first store outside of the U.S. in the busy SeaBus station on Vancouver's waterfront. On Dec. 11, 2018, the multinational coffee company will open the doors to western Canada's biggest Starbucks store, and Vancouver's second high-end Reserve concept location, just steps away from where it all began 31 years ago. 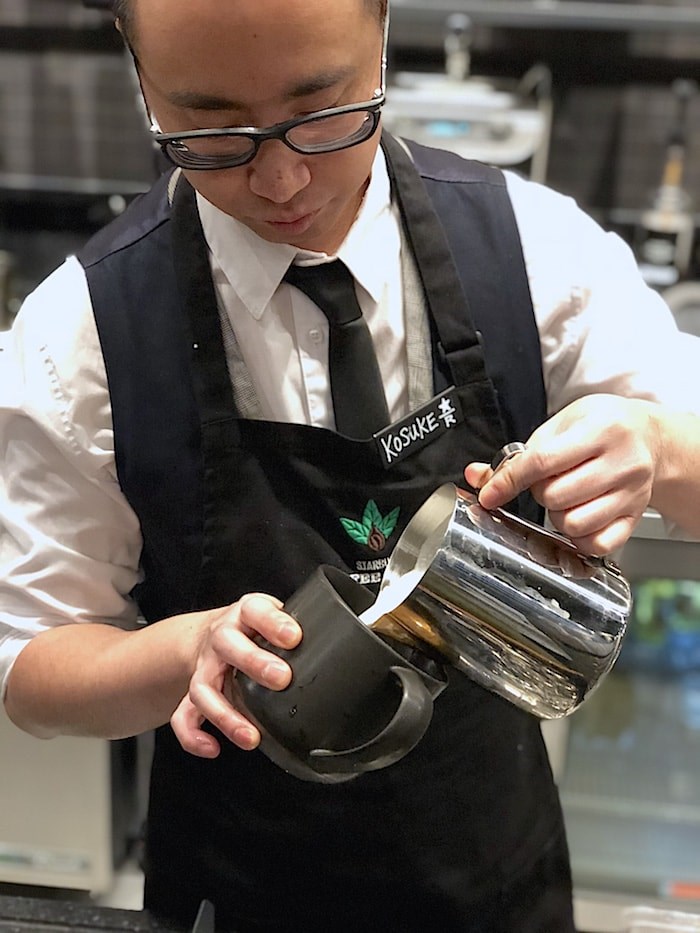 Situated at 700 West Pender Street at Granville, the space is part of CF Pacific Centre, but has previously been a menswear store, and at one point a bank. In fact, partners (Starbucks code for employees) at the new location are already joking that the location is the "Coffee Vault" or the "Starbucks Vault," because some storage is located in a vault space.

Related: Vancouver’s massive new Starbucks Reserve Bar will be the biggest ‘bux in the city

With seating for 150 in the impressive 4,000-square-foot space, the Reserve bar was created as a way for Starbucks fans and coffee lovers to get an experience on par with visiting the chain's Seattle epicentre's Roastery. Offering both a "Core" counter and bar (exactly what you'd find at your neighbourhood 'bux) and a Reserve counter, you're going to find things here that you simply won't find anywhere else in the Starbucks chain, including brewing methods, beverages, and other offerings. 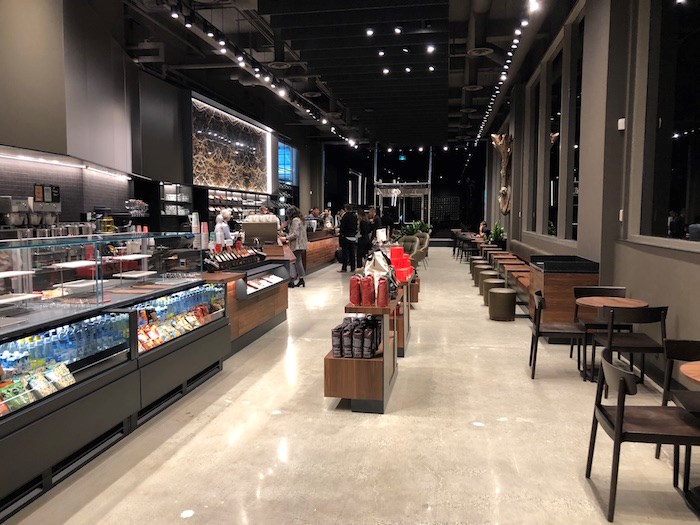 In addition to brewing drip coffee by Clover, Chemex, Siphon, and press, the Reserve bar has a state of the art Victoria Arduino “Black Eagle” manual espresso machine, which puts the passionate baristas through their paces of grinding, tamping, and pulling each shot. This is a serious machine; it's what they are using for the World Barista Championships as the official and only espresso machine.

On the menu are some unusual beverages, like the jolty Spiced Ginger Cold Brew, a Hazelnut Bianco Latte (espresso with steamed milk infused with house-made hazelnut praline), a Nitro Cascara Cloud (Nitro Cold Brew topped with cascara-infused foam) and an affogato (vanilla gelato topped with espresso from the Reserve bar). Additionally, they offer a food menu, and come the new year will also have a wine and beer program in place. 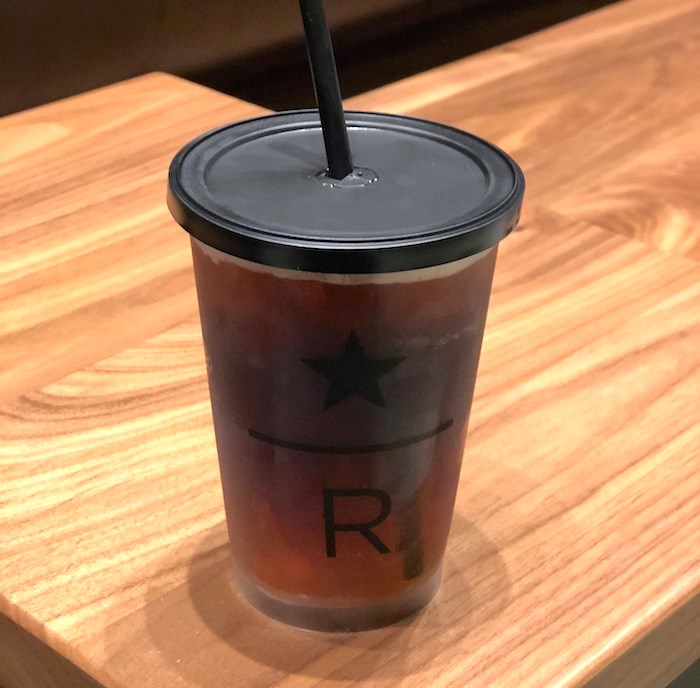 With a wall of street-facing windows, the corner location will be flush with natural light, and is brightened with several pieces of live greenery. The back wall boasts a custom art installation showcasing the rainbow hues of past Reserve coffee labels. A prime space for office dwellers and commuters, shoppers, and tourists alike, the striking downtown location is poised to be a significant draw.

Even from the outside looking in, aquarium-style, the massive space and its laboratory-like curiosities on display are certainly part of what the chain is calling the location's "theatre for coffee."

Another tempting offering that will be in place in 2019: A covered patio, offering ample street-side seating. 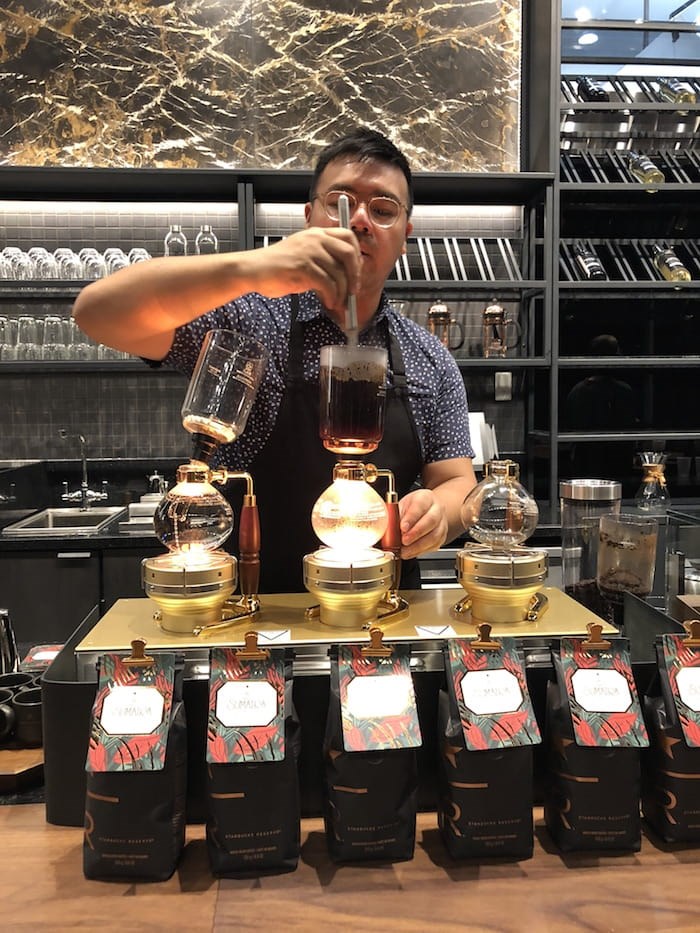 Brewing at the Reserve Bar (Lindsay William-Ross/Vancouver Is Awesome)

At the helm are a pair of store managers who are thrilled to be opened the doors to this new Starbucks. Trevor Fitzgerald, a Starbucks partner in B.C. and Alberta for 24 years now, is joined by Tessa Cannon to manage the location and it's many moving parts and coffee-enthusiast baristas.

Cannon says she's excited to offer customers the many specialty drinks found at the Reserve bar, in particular the Spiced Ginger Cold Brew and the house Affogato. "People love coming [to a Starbucks Reserve location] and experiencing the things they can't get anywhere else," says Cannon. 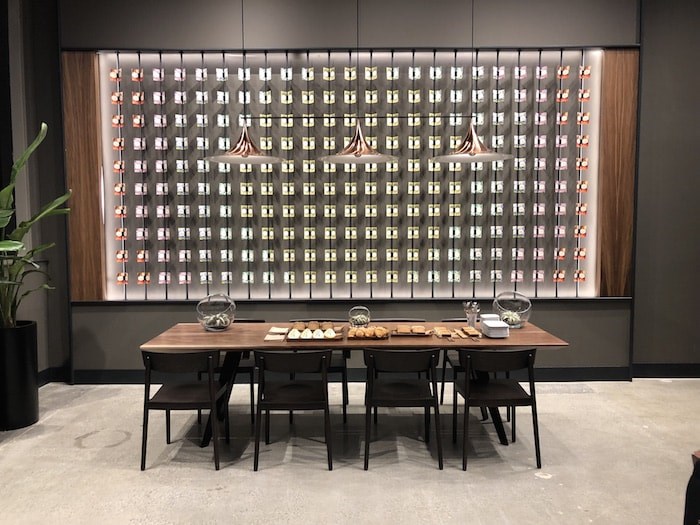 "Starbucks has been really prominent in Vancouver," adds Cannon, reflecting on the significance of this new store and its proximity to the first in the market down at Waterfront Station and the brand's enduring popularity in the city. "People really love what we have to offer."

The second Reserve Bar location in Vancouver (the first opened in May 2017 in Mount Pleasant), this is just the fourth of its kind in Canada. And it is huge--the biggest Starbucks, period, in western Canada. 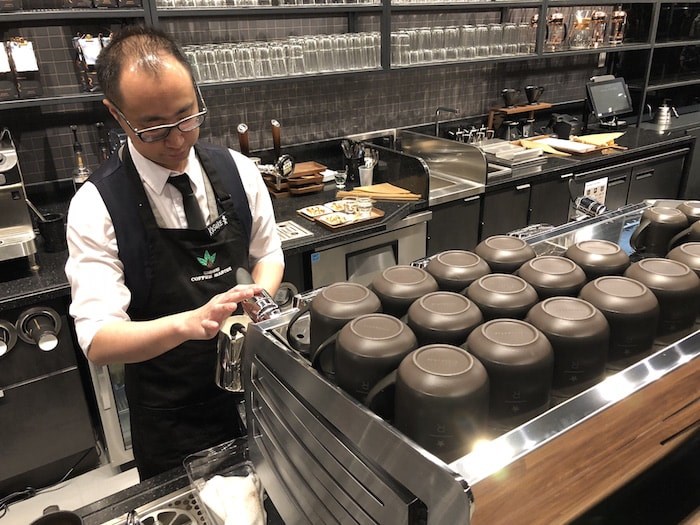 At the “Black Eagle” (Lindsay William-Ross/Vancouver Is Awesome) 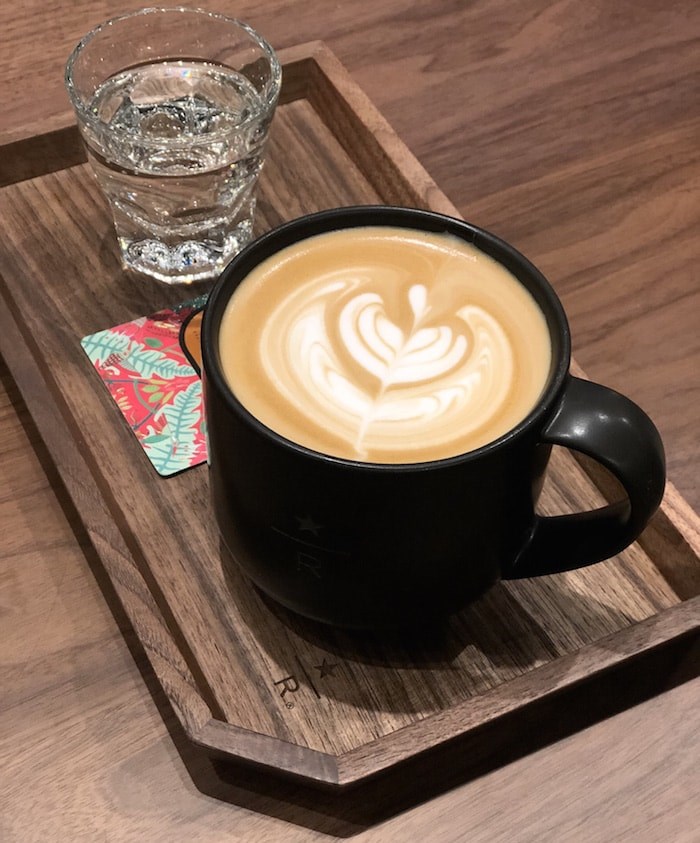 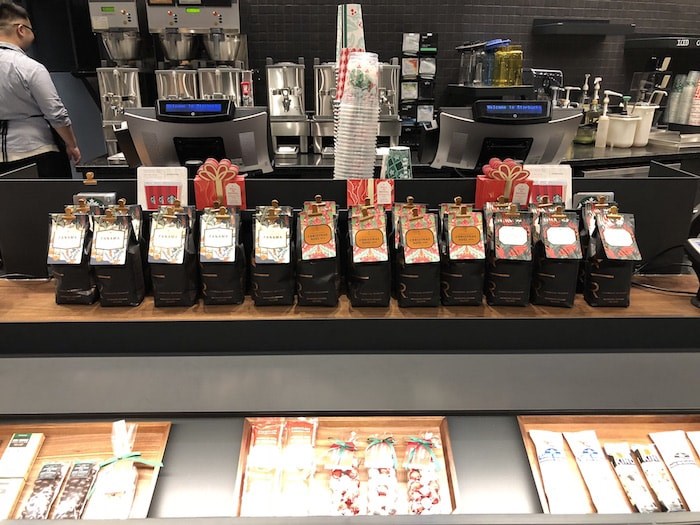 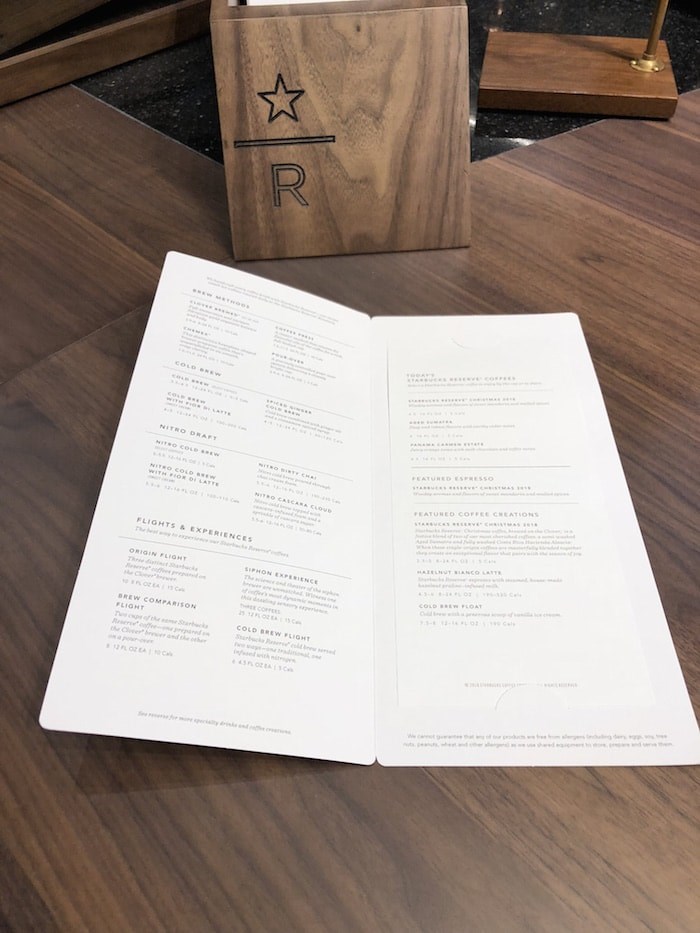 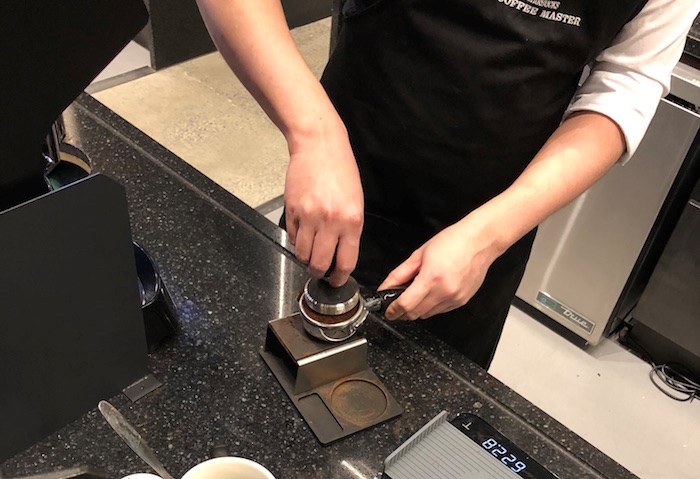 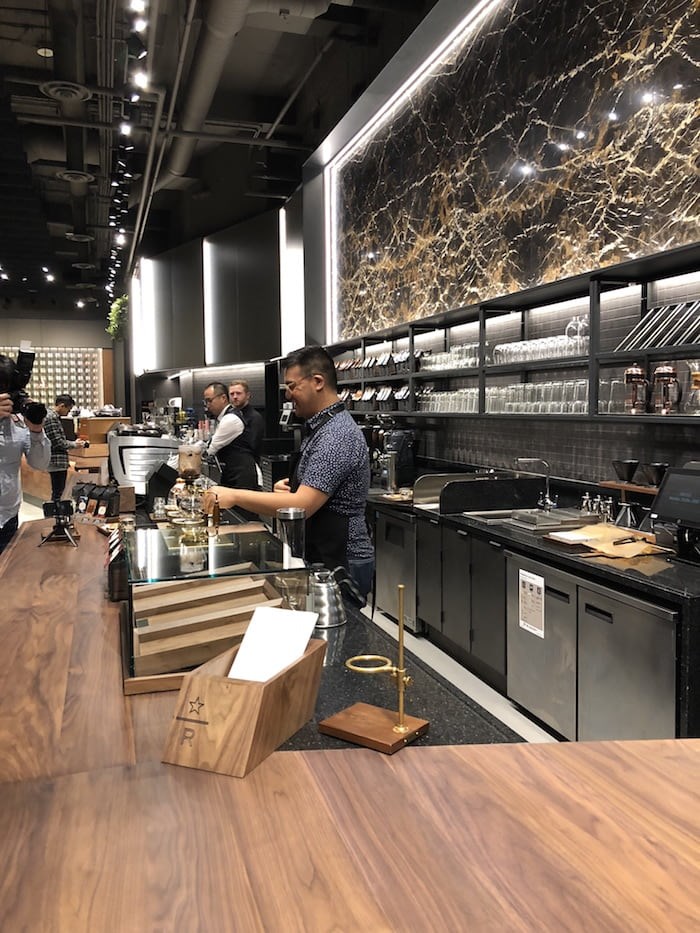 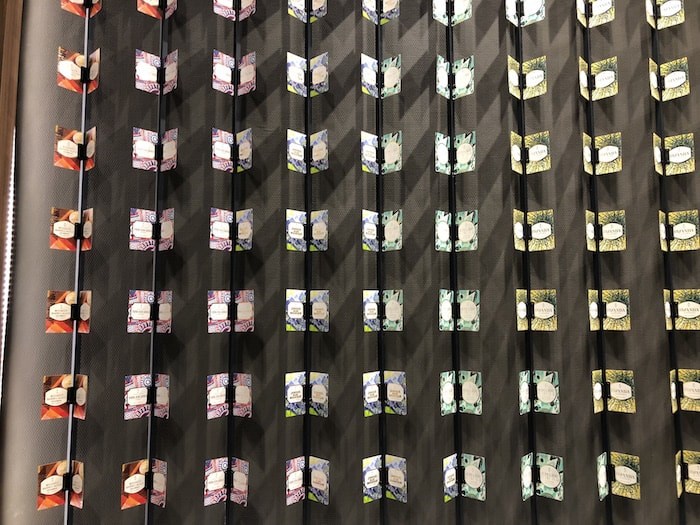