Fresh new dishes and drinks, plus a prime patio, make Popina a must-visit spot this summer

What's better than eating fresh seafood, well-made comfort eats, and ice cream treats by the water on a sunny Vancouver summer day? How about doing that with a cocktail in hand, under cover in a new patio space in a converted shipping container? 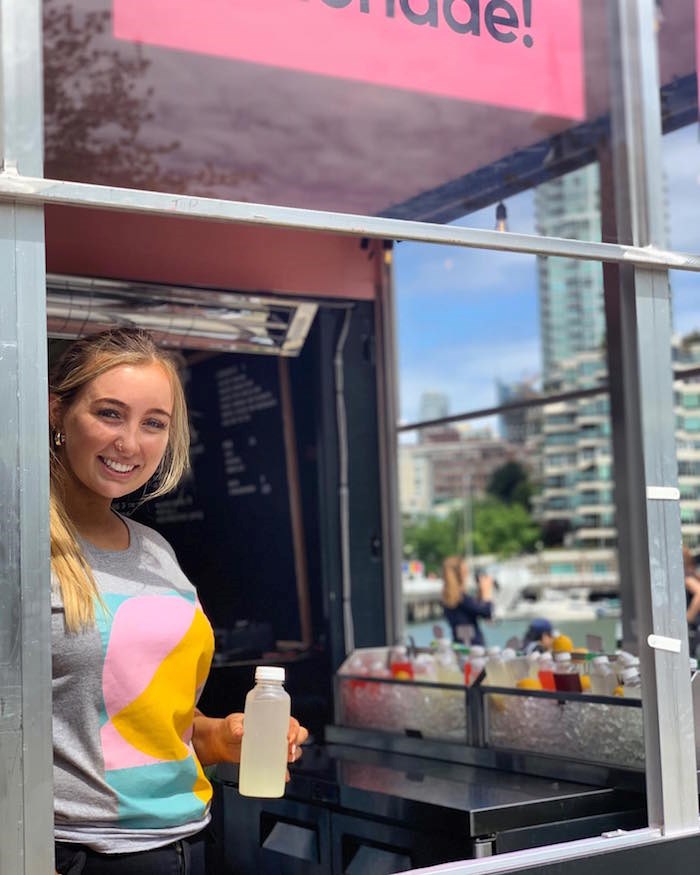 The new lemonade window at the Popina patio. Popina/Facebook

Popina has introduced a new summer menu, including an expanded line-up of their signature "puffcream" dessert, and they've opened up their refurbished covered patio bar area, which is set up to keep the elements out but the view and vibe of being in the popular outdoor spot intact.

You can order up a slate of new cocktails from the new bar, as well as any of several new lemonades. The lemonades are also available grab-and-go style from the patio area's take-out window, perfect for a stroll around the beloved landmark industrial-meets-shopping zone. 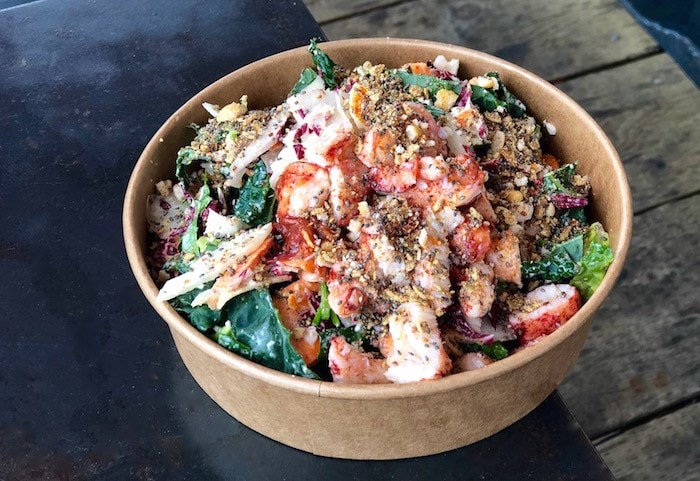 To keep things on the lighter side for summer, Popina has expanded their salad offerings, such as a tangy and vibrant Spicy Thai Slaw tossed in a nahm jim vinaigrette. There's a quinoa and kale salad with Japanese curry dressing; a shaved garden veg salad with avocado goddess dressing; and a green lentil and chickpea salad with herbs, Persian lime, and sumac.

You can definitely see the diverse and global culinary bents of Popina's chef-owner quartet (Angus An, Robert Belcham, Hamid Salimian, and Joël Watanabe) in the salads alone. Incidentally, you can kick up your salad with some worthy add-ons, like lemon roasted chicken, east coast lobster, confit Albacore tuna, or falafel. 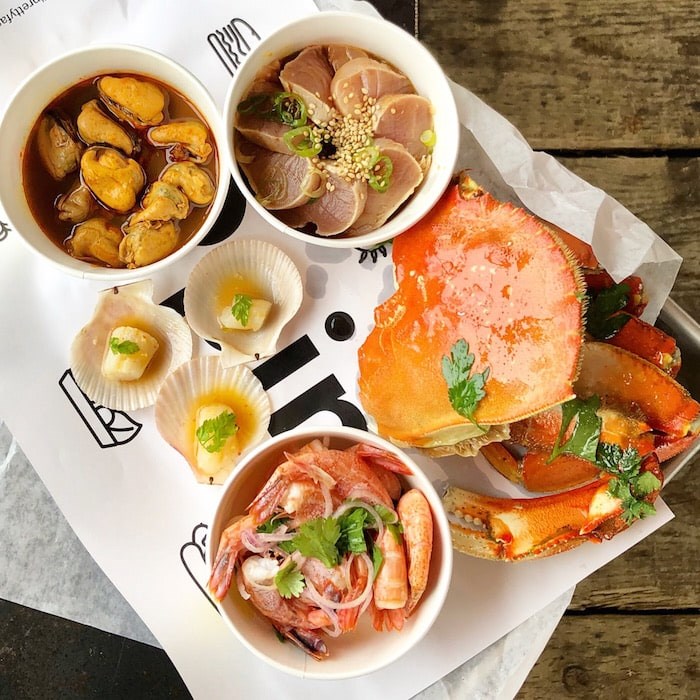 The gorgeous Seafood Tray at Popina. Photo by Lindsay William-Ross/Vancouver Is Awesome

In addition to crowd-pleasers like Popina's beautiful fresh seafood tray (piled with half a Dungeness crab or lobster, marinated scallops, peel-and-eat sidestripe shrimp, Albacore tuna crudo, mussels escabeche and served with toasted bread and two kinds of sauces), you can feast your eyes and your tastebuds on their absolutely massive Crispy Free Run Chicken Sandwich, seafood sandwiches like lobster or shrimp rolls, a classic burger (and heads up, Chef Belcham is known for his burgers), whole crab and lobster, and fries on the side.

You'll want to budget your belly space accordingly if you're opting to grab a meal here so as to save room for dessert - either that or show up for dessert only - because Popina is known for their signature Puffcream. It's soft serve swirled into a pastry shell, decorated in an incredibly variety of ways with all sorts of toppings. 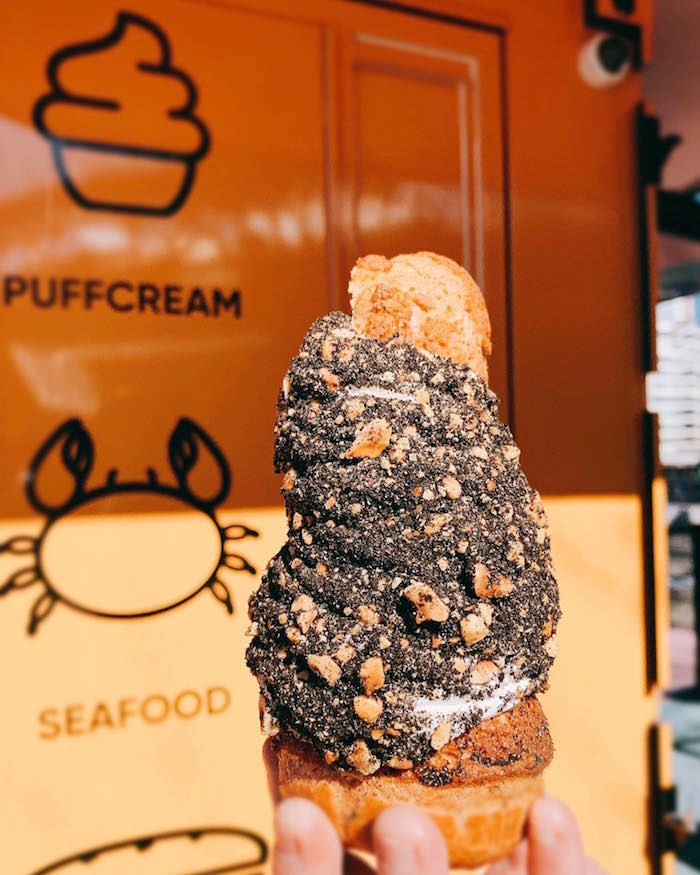 The Puffcream line-up has expanded from its original iteration to now include new options like the Bees Knees (Chicago mix popcorn, honey drizzle); the Malteser (crushed chocolate-covered malted milk balls); and the Hubby (chocolate, pretzels, peanut butter). That brings the Puffcream line-up to an impressive nine. 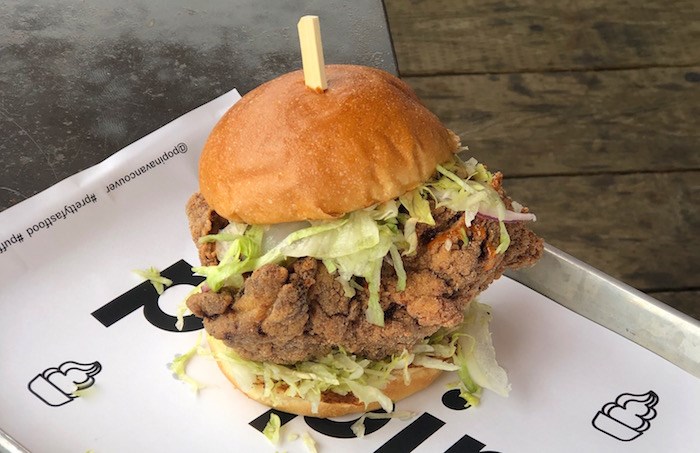 While the patio was available for dining at Popina before, they've tricked it out to include window coverings that smartly let the light in but keep the birds out, so you can enjoy some of Vancouver's most coveted False Creek views while you enjoy your food and drink.

Popina, and the chef team behind the concept, is part of the next-gen of offerings at Granville Island that are transforming the iconic space into a food destination, giving locals and tourists alike more reasons to stop by and spend some time enjoying - and eating - the best of what our beautiful city has to offer. And there's no better time than this summer to do that. 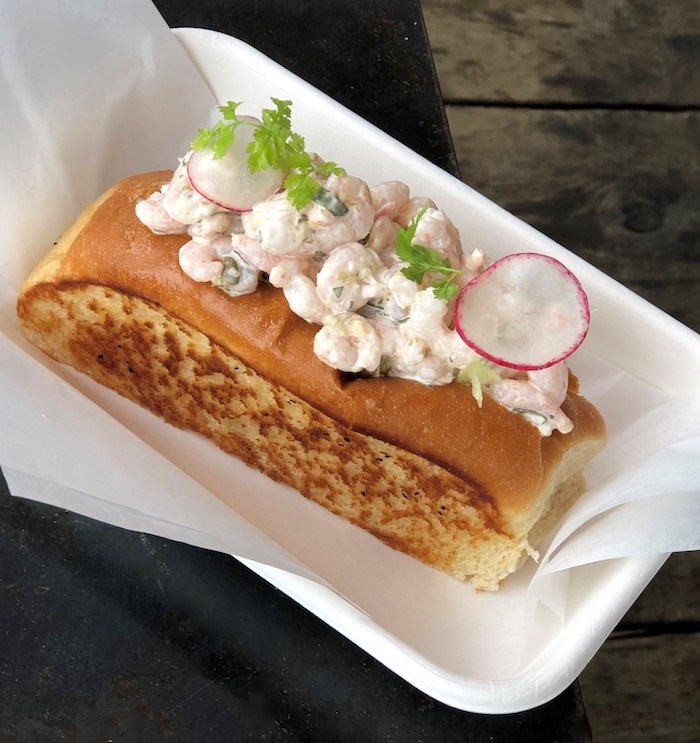 Shrimp roll at Popina. Photo by Lindsay William-Ross/Vancouver Is Awesome

Popina Canteen is located on the ferry dock northwest of Granville Island’s main market. They are open daily this summer from 11 a.m. to 10 p.m.