PuSh Festival's signature beer is all about artistic collaboration 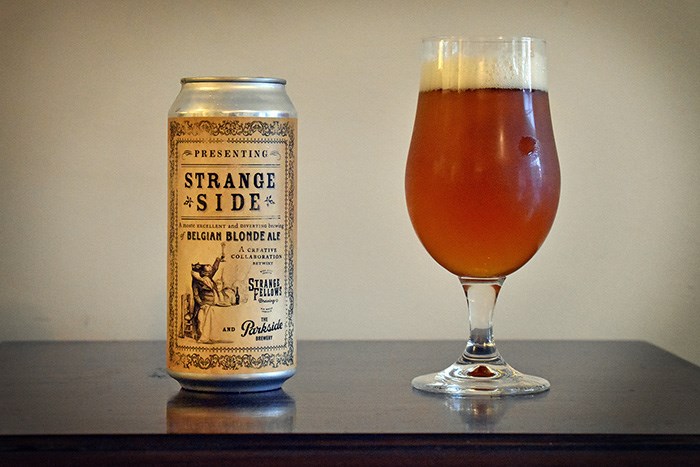 The annual PuSh International Performing Arts Festival returns to Vancouver January 16 - February 4 and if you’ve never been, you’re missing out. Now, I don’t have a fancy art degree and I don’t have a lot of time for pretentious nonsense, but I do appreciate beauty and I love to have my mind blown, and PuSh consistently delivers on that front.

The festival aims to present “boundary pushing theatre, music, dance and multimedia performances by artists from around the world, presented at venues across Vancouver,” and often the works feature collaborations between artists from vastly different disciplines and backgrounds.

Some highlights of previous festivals (for me, anyways) were monumental, a collaboration between Vancouver’s Holy Body Tattoo dance company and Montreal experimental post-rock juggernaut Godspeed You! Black Emperor, as well as The Love Song of R. Buckminster Fuller, a live narrated documentary featuring live music by Yo La Tengo. This year, I have my eye on the screening of Oscar-winning film Birdman, accompanied live by drummer Antonio Sánchez, generally considered to be one of the greatest drummers on Earth.

So given that collaboration is very much a part of what makes PuSh great, it only makes sense that they would bring together two of B.C.’s most well-known and accomplished brewers to create the official beer for the festival.

Strange Fellows’ Iain Hill and Parkside’s Vern Lambourne have teamed up to brew Strange Side, a Belgian blonde ale that’s both sweet and refreshing and sure to be a crowd-pleaser. Brewed with pilsner and munich malts with the addition of traditional Belgian candi sugar and Trappist yeast, Strange Side is an Old World treat that is both approachable and versatile.

Strange Side is available in tall cans at private liquor stores and at select PuSh venues. Partial proceeds from sale of the beer are being donated to the festival, so grab a four-pack and support the arts!

Strange Side by Strange Fellows Brewing / The Parkside Brewery (6.0% ABV)

Appearance: Amber and clear, with a dense white head.

Body: Medium-to-light bodied, with a touch of lingering sweetness.

Pairs with: Hot wings, Doritos and Foucault’s analysis of the interaction of institutional power and subjectivity in the regulation of the individual.