Their landlord: The provincial government. The plan: Use it as office space.
Aug 20, 2020 7:25 AM By: Jeremy Hainsworth 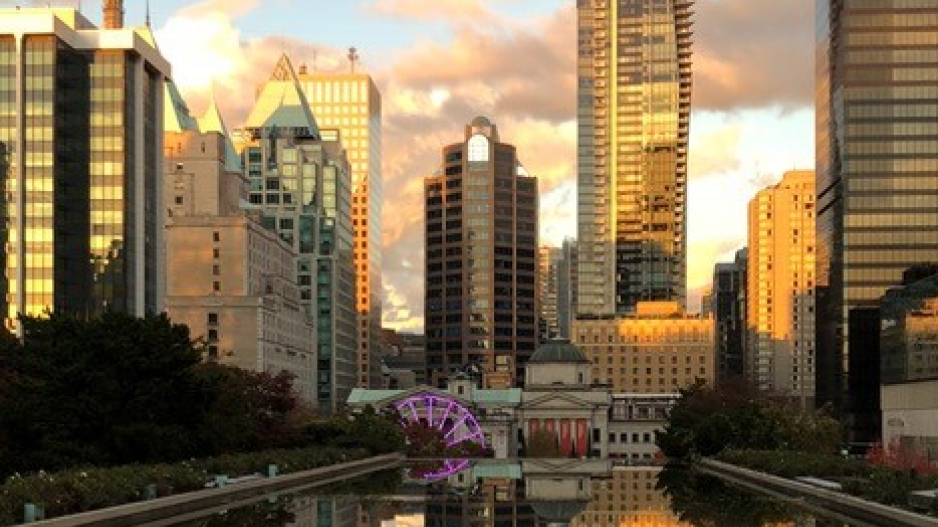 An iconic Vancouver restaurant with stunning views of downtown Vancouver faces closure as the provincial government has decided not to renew its lease.

Law Courts Inn Society vice-president Angela Folino said the space was designed to be public, an intersection between public space and the operations of the courts where people could meet outside of the processes of the courts.

She said the government believes the space would be better used as offices. Now, the society has begun a campaign to save the space.

The Law Courts Inn faces north from the superstructure of architect Arthur Erickson’s magnificent Law Courts complex in the heart of downtown Vancouver. Diners have views of an infinity reflecting pool that feeds waterfalls flowing toward the Robson Square and Vancouver Art Gallery complex with views of the city’s towers and North Shore Mountains beyond.

“It would be a horrible loss,” Folino said.

However, the Ministry of Citizens’ Services thinks the space would be better used for offices.

In a statement to Glacier Media, the ministry said the issue is one of fiscal prudence and using government-owned space rather than leasing in the city’s downtown core.

“This is especially true in the Robson Square Courthouse, where court and judicial services need to be consolidated in the same location,” the statement said. “The space vacated by the Law Courts Inn will be used by the judiciary.”

And, that’s frustrating the society, which has operated the restaurant for four decades.

“When the courthouse complex was designed by Arthur Erickson it had in its centre a large space devoted to a restaurant overlooking an infinity pond. This space was always intended to be public, but closing the inn means cutting off that public access completely,” the society said in a statement.

"We have the support of the Arthur Erickson Foundation,” Folino said.

The society maintains the restaurant is viable. But, it said, the decision not to renew the lease was made without consultation.

The society found out the lease would not be renewed at its expiry in September in a May phone call with officials from the Ministry of Citizens Service and Ministry of Attorney General, Folino said.

She said attempts to negotiate have been met with silence from Victoria.

The ministry said it understands the desire for continued public access and that public areas such as the Great Hall remain while others will be incorporated into future plans.

“We are proud of architect Arthur Erickson’s legacy and appreciate that Robson Square is an iconic property in Vancouver,” the statement said. “No character defining, external changes to the building are planned, and any changes made to the interior will be undertaken with Erickson’s original vision for the building in mind.”