B.C. restaurants may not have enough cashflow to re-open their doors as the province eases COVID-19 restrictions
May 7, 2020 10:32 AM By: Hayley Woodin 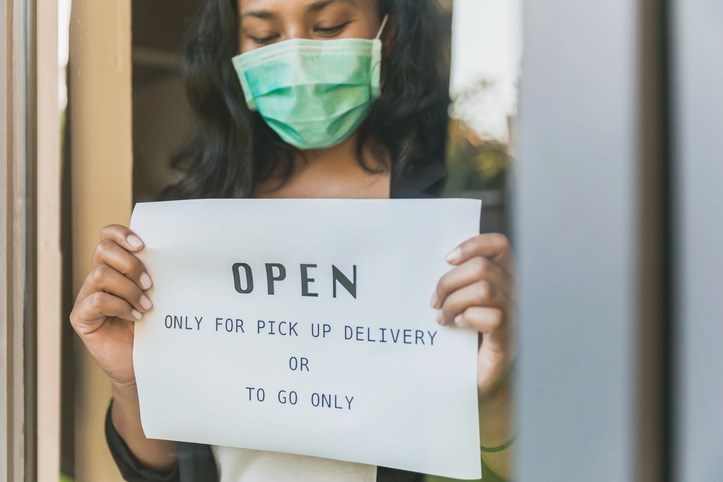 How will restaurants adapt to the new 'restart' restrictions in B.C.? Photo: Kanawa_Studio/iStock

What happened: A new survey from Restaurants Canada found that around 70% of foodservice establishments across Canada are very or extremely worried about their ability to meet financial obligations over the next three months.

Why it matters: The organization says B.C. restaurants may not have enough cashflow to re-open their doors as the province eases COVID-19 restrictions.

Around 70% of the nearly 900 foodservice operators surveyed by the organization are very or extremely worried about their ability to pay vendors, leases and other expenses over the next three months.

The survey comes a day after the B.C. government said restaurants, retailers, salons and other businesses can plan to start re-opening after the Victoria Day long weekend.

According to Restaurants Canada, a simple easing of COVID-19 restrictions is not enough to ensure small and medium-sized businesses are able to re-open their doors after close to eight weeks of limited operations.

“The resiliency of our industry won’t be enough to ensure British Columbia’s 14,500 restaurants remain viable in the face of insufficient cashflow and insurmountable debt,” stated Restaurants Canada vice-president of Western Canada Mark von Schellwitz in a news release.

“The province needs to come to the table with a package of solutions to help these mostly small and medium-sized businesses stay afloat as they ramp up their operations.”

The organization is calling on government to implement a broader rent relief and commercial tenant protection program for establishments unable to access the Canada Emergency Commercial Rent Assistance program. According to its survey, Restaurants Canada says 14% and 20% of independent restaurants across the country have not been able to pay rent for April and May, respectively. At least one in five independent operators have a landlord that is unable to provide rent relief.

The organization is also calling for Ottawa to extend its wage subsidy program by a few months, and says additional assistance from the B.C. government to cover labour costs would be welcome.

Restaurants Canada estimates B.C.’s foodservice sales could fall by as much as $2.9 billion in the second quarter if operating conditions do not improve, and that recovery challenges put roughly 121,500 jobs already lost due to COVID-19 at risk of being permanently lost.

BC Restaurants and Foodservices Association CEO Ian Tostenson told BIV that 55 restaurant owners and operators worked on the province’s restart plan, which charts a general re-opening of B.C.’s economy over four phases.

“The business owners will then have to acknowledge their responsibilities. Once they do that, then we are opening. But realistically, I think we are still two-to-three weeks away. We don't want to rush this for the sake of being open, because it's public confidence and public safety,” he said, adding that the industry is looking to re-open establishments June 1 under physical distancing guidelines laid out by the province.

“We've already thought about a whole plan on how to do this. It's written in a document, and that document is in the hands of government. If we were sitting here today, and they ask us to write a plan now, then there's no way we can meet June 1. But I think we are close to that.”

According to Restaurants Canada, B.C.’s $15 billion foodservice industry accounted for 5% of provincial gross domestic product, and was the province’s third-largest private sector employer, prior to the pandemic.

With files from Chuck Chiang.

High tea and happy hour are on the menu at this delightful modern restaurant in downtown Vancouver
Oct 1, 2020 8:30 AM

You can celebrate Oktoberfest at home with the best B.C. brews
Sep 30, 2020 12:00 PM
Comments
We welcome your feedback and encourage you to share your thoughts. We ask that you be respectful of others and their points of view, refrain from personal attacks and stay on topic. To learn about our commenting policies and how we moderate, please read our Community Guidelines.