The manager of a diner where Luke Perry filmed the television show "Riverdale" in Mission, B.C., says fans have been trickling in to reminisce about the actor since his death Monday.
0
Mar 5, 2019 4:16 PM By: The Canadian Press

MISSION, B.C. — The manager of a diner where Luke Perry filmed the television show "Riverdale" in Mission, B.C., says fans have been trickling in to reminisce about the actor since his death Monday.

Kelly Sullivan says the CW program based on the "Archie" comics filmed part of its first season at Rocko's 24-Hour Diner before a replica set was built. 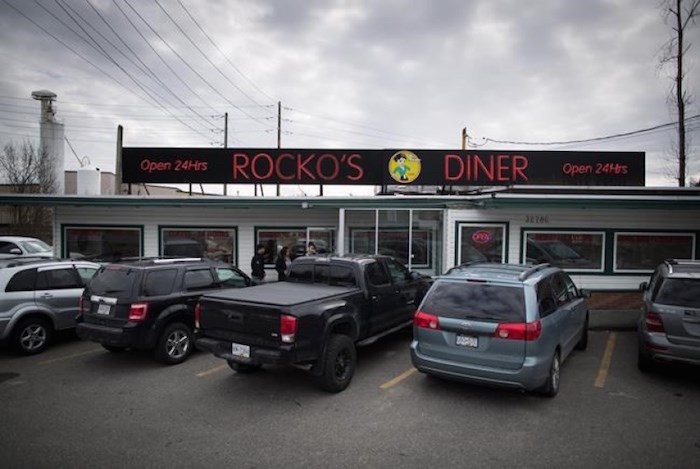 Customers enter Rocko’s 24-Hour Diner where Luke Perry filmed scenes for the television show “Riverdale,” in Mission, B.C., on Tuesday March 5, 2019. The manager of the diner says fans have been trickling in to reminisce about Perry, who played the role of Archie Andrews’ father Fred Andrews, since his death Monday at the age of 52 after suffering a stroke. THE CANADIAN PRESS/Darryl Dyck

Perry, who played the role of Archie Andrews' father Fred Andrews, died at age 52 after suffering a stroke.

Sullivan says the diner is thinking of creating a milkshake in Perry's name but hasn't settled on a flavour. It already serves 46 flavours of milkshakes, with four named for Archie characters including a strawberry-apple pie "Archie shake" and cherry cola "Veronica shake."

Sullivan says "Riverdale" fans have visited the diner since the show first aired but a few told her Monday they'd come sooner than planned because of the actor's death.

"It's a nice place to come and reminisce about him. He was a great actor and a lot of people followed him so it's nice to come to a place that he actually came to and filmed at," she said.

Brenna Dempsey and Joanne Crowder said they drove about an hour Tuesday to eat lunch at the diner in Perry's honour.

The friends, 46 and 44 respectively, said they became fans of Perry while watching "90210" in high school and have followed his career ever since.

"We decided to come to lunch to think about Luke Perry and the sadness of it all," said Dempsey, who lives in Maple Ridge.

"90210 started when I was in high school. It was something everyone my age was watching and it grew from there, I've always been a Luke Perry fan since then," Dempsey said.

"He was too young, he wasn't really much older than us," said Crowder, who is from Port Coquitlam.

Perry had roles in a handful of films, including "The Fifth Element," "Buffy the Vampire Slayer," "8 Seconds" and "American Strays," appeared in HBO's prison drama "Oz" as a televangelist convicted of fraud, and voiced cartoons including "The Incredible Hulk" and "Mortal Kombat."

He made his Broadway musical debut as Brad in the "The Rocky Horror Picture Show," and starred on London's West End in another stage adaptation of a film, "When Harry Met Sally." In recent years he starred in the series "Ties That Bind" and "Body of Proof."

The day he was hospitalized, Fox TV announced that it would be running a six-episode return of "90210" featuring most of the original cast, but Perry was not among those announced.

On the original series, Perry's character went from loner to part of a close-knit circle that included twins Brenda and Brandon Walsh (played by Shannen Doherty and Priestley), but also endured a string of romantic, family and other setbacks, including drug addiction. Perry left the series in 1995 to pursue other roles, returning in 1998 for the rest of the show's run as a guest star.