When The Rumpus Room closed down in March 2014, they vowed they'd be back...someday. 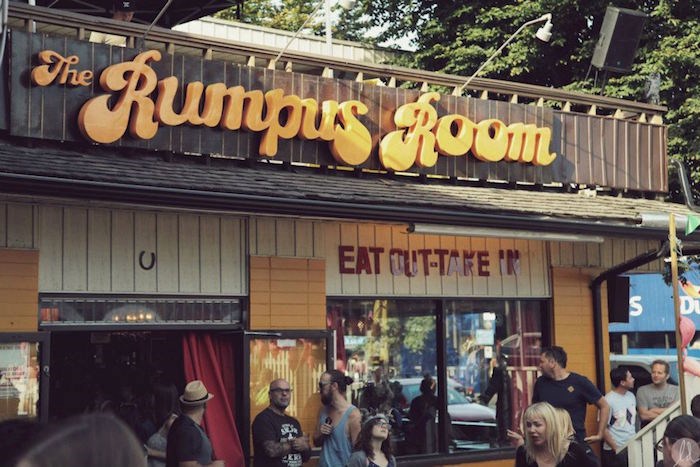 The kitschy, casual, good times diner-style spot dishing up seriously good eats had been up and running on at 2689 Main Street since August 2012, but they were forced out of their spot and the building torn down to make way for a new development.

Owned and operated by Rachel Zottenberg and David Duprey (The Emerald Supper Club, Narrow Lounge, Uncle Abe's, and This Monkey's Gone to Heaven), The Rumpus Room is, as promised, is now officially having a comeback, and it's going into a space that was pretty legendary in its own right: 2301 Main Street, the former location of The Foundation vegetarian restaurant.

It seems perfectly apropos that a funky spot like Rumpus Room would find a new home in what had been a pretty funky spot. The exact opening date isn't set--as it so often goes in the restaurant world--but Zottenberg and Duprey are aiming for a spring re-launch.

This RR reboot has felt like it's been a long time coming, particularly since Zottenberg and Duprey bought The Foundation in early 2016, and have been working on renovating the interior and getting the paperwork in place to get Rumpus Room up and running for over a year now.

Via telephone, Zottenberg shared with V.I.A. that Rumpus Room will occupy one of the building's two spaces, with a second very cool secret project to follow down the line in the back space. (Trust us, it's cool!)

Rumpus Room was known for its eclectic vintage chill decor, and Zottenberg assures us that's coming back. Much of the stuff from the original location was stored away--some of it you'll find at their nearby Uncle Abe's restaurant--and so some of that will come back.

Zottenberg also says she's in talks with many of the incredible local artists whose work made its way into the old space with plans to create or recreate anew for the new location. Among the treasures unearthed while renovating the former Foundation, she adds, was the building's beautiful original wood floor, which customers will soon get to step on.

When it comes to the food, Zottenberg says she's had so many friends as well as former Rumpus customers plead with her to make sure menu items won't stray from their original iterations. 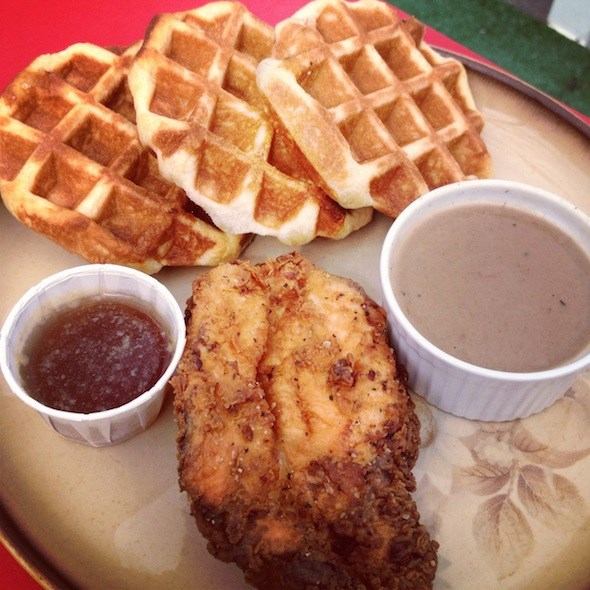 Rumpus Room will be open for breakfast, lunch, and dinner, serving up stuff like deep fried pickles, a peanut butter burger, and their signature chicken and waffles, along with their "crazy" brunch items, like the wildly popular Breakfast Poutine featured on Food Network's You Gotta Eat Here in 2013. The team has been secretly working on the dishes for the past few months.

"We’re trying our best to update and improve without changing anything too much," says Zottenberg of the new Rumpus Room menu.

What has changed, though, says Zottenberg, is that restaurants now have even more options for sourcing high-quality ingredients, so customers will find more organic and free-range items than before.

Timing is everything, and the closing of the Rumpus Room was definitely a big change for Zottenberg and Duprey. Rumpus was their first original collaboration as a duo, and when it closed is when Zottenberg learned she was expecting her first child--a son who is now three years old. And talk about timing--this week marked the closure of their curio shop, This Monkey's Gone to Heaven, on Main Street, as it launches as an expanded store, gallery, and workshop space this weekend on Hastings.

Back in its day, Rumpus Room was known for being a space where anybody could gather, and Zottenberg recalls so many friends with kids letting her know it was an ideal spot for a meal with the family and for groups young and old. Now as a parent, Zottenberg is thrilled to be able to introduce her son to the Rumpus Room.

Zottenberg calls the Rumpus Room the restaurant she always dreamed of opening. She describes it--with her signature zest and a smile you can sense from over the phone--as a community diner, where all are welcome, any time of day.

Right now Rumpus Room is in its final prep stages, with an aim to be open in the next three or so months. Zottenberg says they're in the phase where they're hunting for their new "rad" staff. So for all who agreed that the Rumpus Room was a dream of a space, that dream is definitely not lost.