Did you have one of these salads recently? 🥗

Several salad kits are the subject of a Health Canada recall due to concerns the products may be contaminated with listeria.

The items being recalled were sold in various sized packages with best before dates of Aug. 24, 2021.

The following are the products included in the recall: 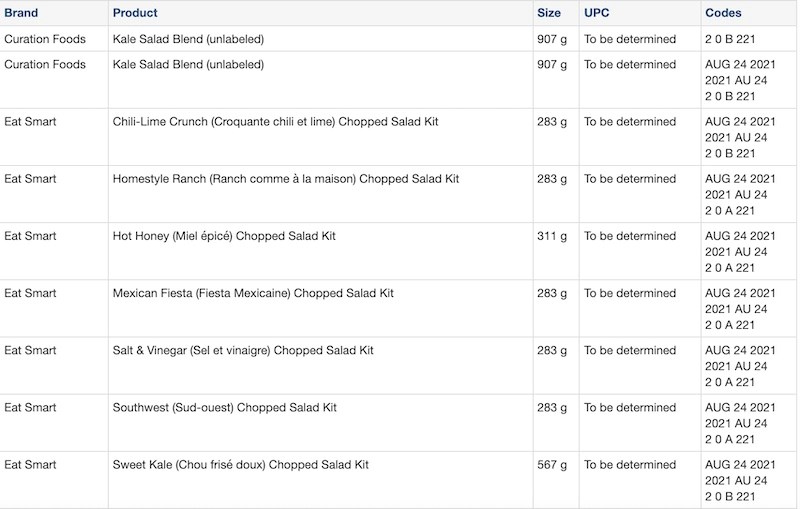 The Creation Foods and Eat Smart salad kits being recalled as of Aug. 26, 2021. By Health Canada

The salad kits were sold in Ontario, but Health Canada says the products were also possibly distributed to stores in other provinces.

According to the Eat Smart website, the company's products are sold at several major stores that operate in B.C., including Costco.

If you purchased any of them the Canadian Food Inspection Agency says they should be thrown out or returned to the store that sold them.

The CFIA says the recall was triggered by its test results but adds that there have been no reports of any illnesses linked to the salads.

Food contaminated with listeria can cause symptoms that include nausea, fever, muscle aches, severe headache and neck stiffness, and in severe cases even death.