Victoria's Superbaba rolling into Vancouver as a food truck

Middle Eastern food is more than having a moment right now in North America, and Vancouver is definitely representing the cuisine strong with several excellent restaurants. Now comes word that Victoria's Superbaba will be coming to Vancouver in food truck form.
Apr 27, 2018 9:28 AM By: Lindsay William-Ross

Middle Eastern food is more than having a moment right now in North America, and Vancouver is definitely representing the cuisine strong with several excellent restaurants. Now comes word that Victoria's Superbaba will be coming to Vancouver in food truck form. 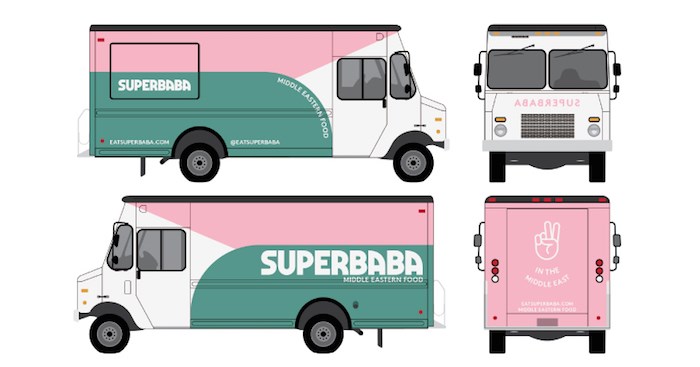 Superbaba launched in July 2017, and is an ultimate emblem of the power of collaboration. With the culinary talents of unconventional chef The Dallah (Abdallah El Chami), and the long-time restaurant acumen from partners Jason Sussman, Ryan Spong of Tacofino and Robbie Kane of Café Medina, and sub-partners Josh Carlsen and Mike Dawson, also of Tacofino on Vancouver Island, Superbaba is that dream hybrid of food, aesthetics, and business savvy.

So now that dream team--with Superbaba in Victoria humming along nicely--has their sights set on getting into the Vancouver market. In a sit-down meet-up, The Dallah explained to V.I.A. that they're getting going in Vancouver with a truck to start because it's an ideal way to "test the brand and feel the market" on this side of the Strait of Georgia. And since this crew doesn't want to do anything less than stellar, they're also fine with waiting to find the permanent spot that is really right for them.

Timing is everything, and for the Superbaba Vancouver venture, there happens to be the plus of having the old Tacofino "White Lightning" truck space open on Burrard between Dunsmuir and Pender, which is available now that Tacofino has their brick-and-mortar Oasis location right there.

Another score: The Dallah says they found a truck up for sale and are working on getting it fully equipped and wrapped, and they've already secured commissary prep space. In the meantime, Superbaba the truck is actively hiring.

On board the truck for eats will be a good portion of the Superbaba menu--about ninety percent of it, according to The Dallah, who says he'll be in the truck doing a lot of the cooking as the mobile restaurant gets going. 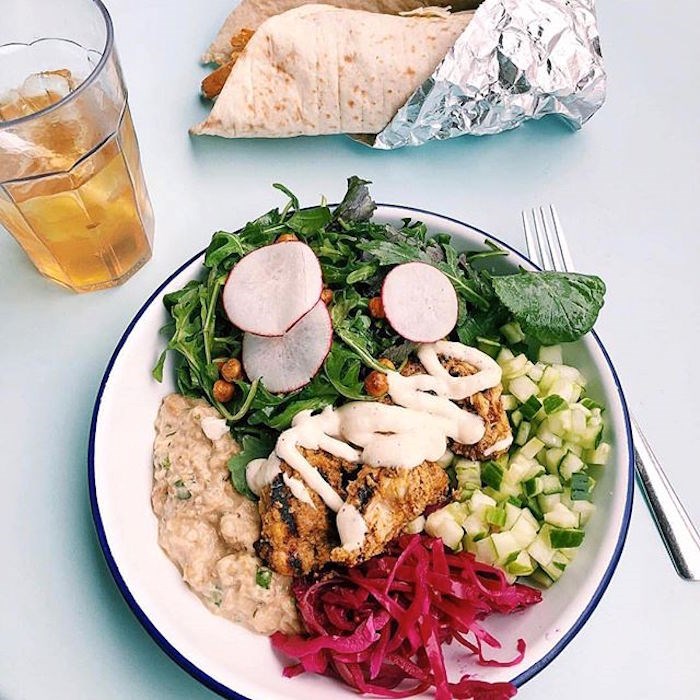 That means you can expect to find sandwiches on fresh-baked pita bread, grain- or salad-based bowls, some of the sides and drinks (hello, mint lemonade!), and rotating desserts. The Dallah, who brings to the table his unique split culinary perspective of Middle Eastern meets West Coast, is able to present a menu that is "delicious but approachable."

And it's flexible, too; by design, the menu has options from vegan to omnivore, so you can feast on falafel or swoon over shawarma-spiced chicken.

For an exciting bonus, The Dallah hints at some wicked cool collabs to come, too, for the truck. Superbaba will be teaming up with some established Vancouver brands to create unique menu items--just more testament to the power of working together.

Although there may be some pop-up preview events to keep an eye out for, for now the timeline seems headed towards a June debut for the truck. The Superbaba truck will be open Monday to Friday for lunch service, and will also be headed to special events during off hours. You can follow @eatsuperbaba on Instagram for the latest on the truck launch and more.