Their next two locations are both firsts for the health-focused chain
May 20, 2020 1:15 PM By: Lindsay William-Ross 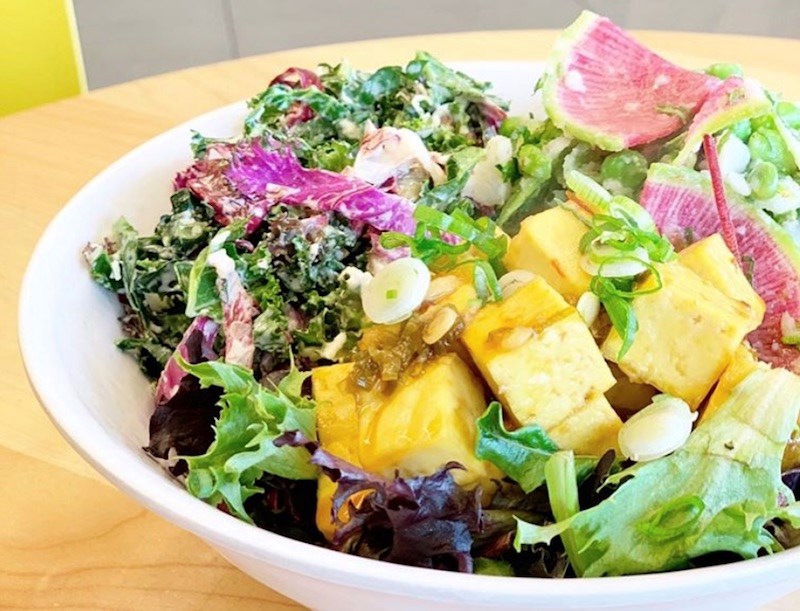 Tractor is known for their health-focused bowls, salads, and more. Photo: @tractorfoods/Instagram

Vancouver-based Tractor Everyday Healthy Foods has announced their plans to re-open more of their locations throughout the city, and have revealed they have two new B.C. branches in the works for this year.

Four of Tractor's Vancouver locations (West 4th, West Broadway, Pender, and Robson Street) have been up and running with take-out menus featuring many signature items like bowls, stews, sandwiches, and salads.

Orders can be placed on the Tractor website or through Ritual for in-store pickup, while local delivery is available via Uber Eats or Doordash.

The family-owned and operated chain will be opening up their Marine Building and Olympic Village locations (along with their downtown Toronto restaurant) starting Wednesday, May 27. Their innovative "Digital" location at Park Place at Burrard and Dunsmuir in downtown Vancouver will resume operations a week later on June 3. These locations will also be offering take-out and delivery service.

While Tractor founders Meghan and Steve Clarke and their teams have been focused on implementing strict safety guidelines under the guidance of B.C. public health authorities, they have also been gearing up to launch their newest locations.

First up will be Tractor's first foray across the water and in Victoria, with a location at 805 Government Street (in the former Sam's Deli spot). They hope to open the 1,600-square-foot space, with its open-air patio, by mid-June.

To follow, Tractor will open their 10th location, and their first on the North Shore. They are hoping to have the 2,400-square-foot spot at Park Royal in West Vancouver open by early fall.