Chinatown's The Tuck Shoppe is expanding, and they're moving into a second location, this time at Granville Island.
Apr 11, 2019 4:01 PM By: Lindsay William-Ross

Chinatown's The Tuck Shoppe is expanding, and they're moving into a second location, this time at Granville Island. The sandwich and salad shop first launched three years ago on Union Street, and will be opening up their second outpost this summer in the Net Loft Building, just steps from the Public Market. 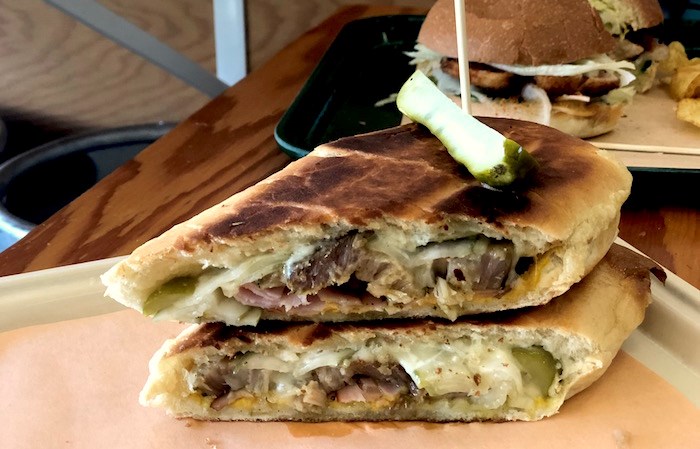 Known for their epic sandwiches (seriously, if you're an omnivore and haven't had their Pork Belly Cubano, go rectify that right now) and salads, you can find their signature menu at the upcoming Granville Island location, along with a fresh breakfast menu that will debut soon after the new location's opening.

The counter-service restaurant will operate from the morning through to the early evening at their new location.

The Tuck Shoppe is sliding into the restaurant space that was recently vacated by Angus An's Sen Pad Thai, which moved over to the Public Market building.

“We are grateful and thankful to all our supporters over the years that have taken us to this point of bringing our sandwich concept to Granville Island” said Zach Buckman, Co-Owner of The Tuck Shoppe in a media release.

Adds Tuck Shoppe co-owner Adam Merpaw: “We are beyond excited to be joining the Granville Island community and can’t wait to get to know all the people who work on and visit the island."

Look for The Tuck Shoppe in the Net Loft building at Granville Island in early summer. In the meantime, you can visit them in Chinatown at 237 Union St.