"No phone orders to prevent any fake/haters placing orders to screw with us," says the owner.

A controversial Vancouver restaurant that was shut down by Vancouver Coastal Health and had its business and liquor licenses temporarily suspended is re-opening for take-out orders.

Corduroy Restaurant in Kitsilano announced on its website and social media that they will be offering food for pick-up or delivery starting Friday, May 14.

"Guess what this 'reckless' mother is doing today?" begins the restaurant's Instagram announcement.

The "mother" is Corduroy owner Rebecca Matthews, who has spoken out at public rallies and at her restaurant in opposition of B.C.'s current province-wide public health orders aimed at curbing the spread of COVID-19.

On March 29, Provincial Health Officer Dr. Bonnie Henry announced amendments to public health orders for B.C. restaurants that mandate all establishments serving food and/or drinks to be closed to indoor dine-in customers from midnight on March 30 to 11:59 p.m. on April 19.

In the following days, Matthews opted to keep Corduroy open to dine-in customers, leading to a confrontation between Matthews and health officials at the busy restaurant on the first weekend in April.

Video showed crowds chanting "Get out! Get out!" to health inspectors

In the video, Matthews can be heard telling the pair they are trespassing before the crowd starts to chant. The two hand Matthews some forms before leaving. The crowd then cheers and claps; a couple hug. No one in the restaurant, other than the health officials, is wearing masks.

Notices posted by Matthews on the Corduroy door warned about trespassing; in the video, she can be heard telling the health officials they're trespassing.

While the signs indicated the restaurant is “common law jurisdiction” and that fines will be imposed, commencing at $100,000 against any health officials who attempt to enforce the closure orders, a Vancouver lawyer explained those claims have no legal basis.

"What the signs on Corduroy’s doors refer to is a type of pseudo-legal argument that has been raised in various contexts, by individuals attempting to avoid various legal sanctions by government," said attorney Kyla Lee. 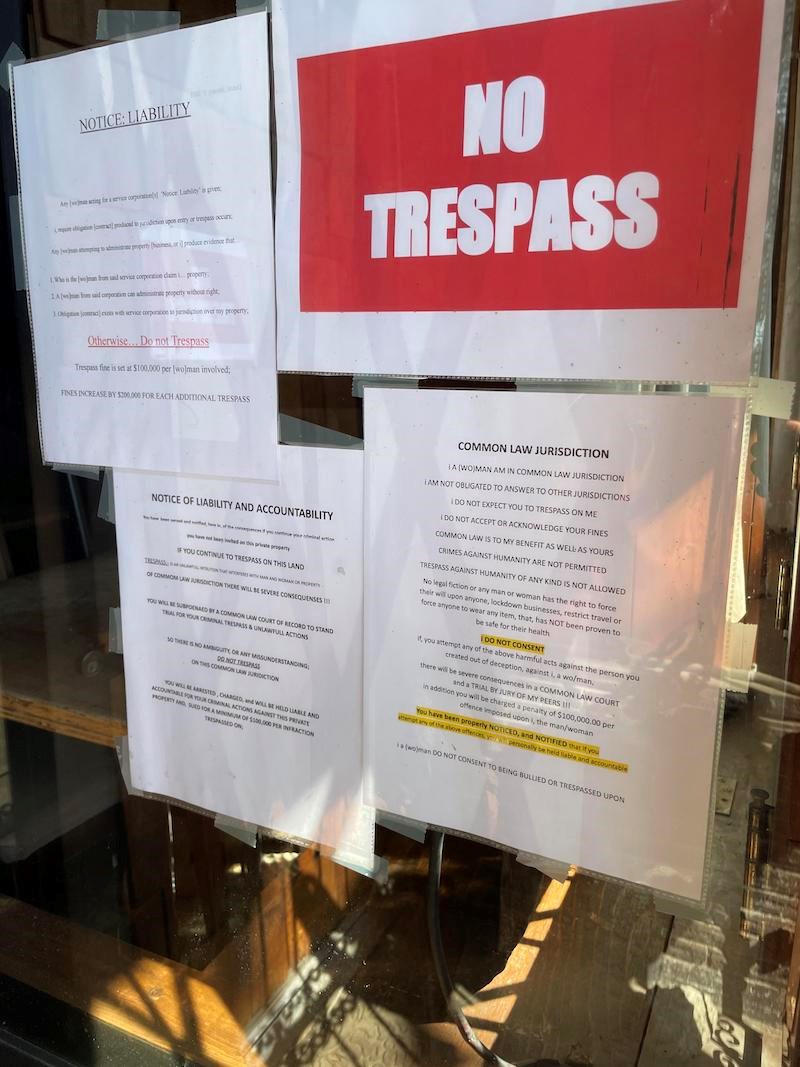 Signs posted on Corduroy restaurant in Vancouver. By u/Rudiger via Reddit

On April 4, the City of Vancouver suspended Corduroy's business licence until April 20.

However, the provincial health orders banning indoor dining were extended April 19, and remain in place until May 25, following the May long weekend holiday.

Corduroy has remained closed until now, though in late April the street outside the restaurant was the scene of a small rally in support of the restaurant, attended by participants who did not don masks. Vancouver Mayor Kennedy Stewart said he would consider pursuing further action, including a court injunction, to stop Corduroy from violating public health orders.

Owner 'all in' for what she calls 'fight for the truth'

"My family and I want to say a HUGE thank you to every single one of you that has commented or sent us a message of support," says Matthews on Instagram.

"We are still ALL IN for this fight for the TRUTH, the accountability to those in charge and the rights of Canadians," she continues.

The restaurant will re-open starting at 4 p.m. and will be serving food only, "and hopefully beers," adds Matthews, "if the Liquor Board finds the time to get our review done."

Corduroy is making ordering available online via its website or through third party app Doordash, however, as Matthews notes: "No phone orders to prevent any fake/haters placing orders to screw with us."