'Get out! Get out!': Crowd at Vancouver restaurant chants at health official (VIDEO)

The restaurant has been ordered to close by Vancouver Coastal Health
Apr 4, 2021 3:58 PM By: Brendan Kergin 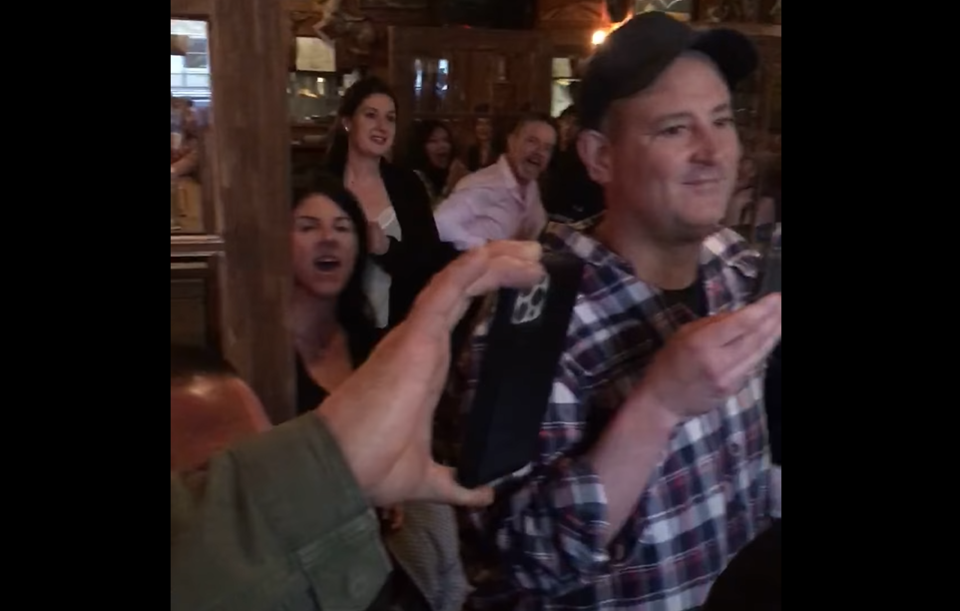 The crowd chants at officials to get out of the restaurant.Yvonne Sunshiney Coelho / Facebook

Like all restaurants in B.C., indoor service isn't currently allowed at Corduroy Restaurant as part of the province's 'circuit breaker' order to help bring COVID-19 cases back under control. However, owner Rebecca Matthews has decided to stay open, leading to a confrontation between Matthews and health officials at the busy restaurant this weekend.

In the video which was uploaded Saturday, April 3, Matthews can be heard telling the pair they are trespassing before the crowd starts to chant. The two hand Matthews some forms before leaving. The crowd then cheers and claps; a couple hug. No one in the restaurant, other than the health officials, are wearing masks.

Vancouver Coastal Health documents show that as of yesterday Corduroy has been ordered to close due to "contravention of a Provincial Health Officer (PHO) Order issued under Part 4 of the Public Health Act."

Corduroy's Instagram has announced the restaurant is currently closed as it ran out of food, but the intention is to reopen this week. Another Vancouver restaurant, Gusto has been issued a similar order.