Magic in a bottle: How vessel-conditioning makes beer spectacular

Vessel conditioning is the process by which breweries allow their beer to naturally carbonate by carefully refermenting the beer in the bottle, can or keg.
Jul 14, 2019 4:36 AM By: Rob Mangelsdorf

This story originally appeared in the Summer 2019 issue of The Growler, out now! You can find B.C.’s favourite craft beer guide at your local brewery, select private liquor stores, and on newsstands across the province.

You know those lovely little bubbles that make your favourite beer fizzy and delicious? They didn’t get there on their own. While carbon dioxide is formed naturally during the fermentation process in beer, the vast majority of commercial beers are carbonated artificially. Flat beer is chilled to just above freezing, then injected with carbon dioxide, which stays dissolved in the beer until you crack it open.

Of course, there’s absolutely nothing wrong with this. It’s a quick, easy, cost-effective way to carbonate beer.

But there is another way to get those bubbles. Some would say, a better way. Ben Coli, owner and brewer at Dageraad Brewing in Burnaby, the 2018 Canadian Brewery of the Year, is one of those people. 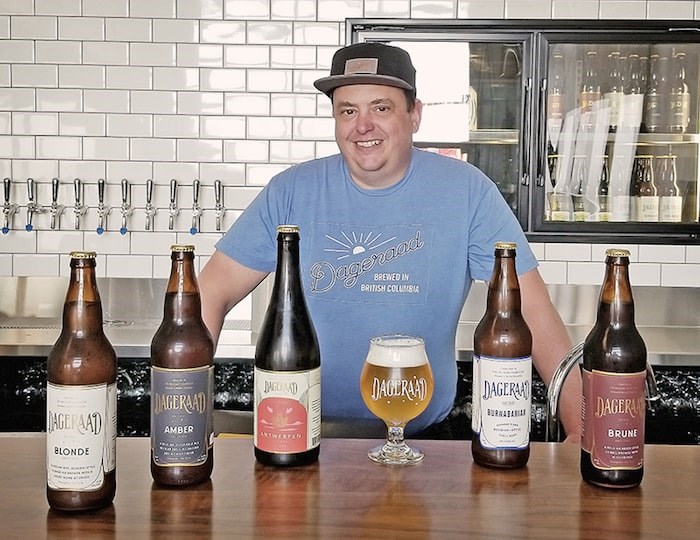 Vessel conditioning is the process by which breweries allow their beer to naturally carbonate by carefully refermenting the beer in the bottle, can or keg. Once a beer has finished fermenting, additional yeast and sugar are added prior to packaging. The beers are then stored at a specific temperature for two weeks or more, allowing the yeast to chew up the sugar and produce carbon dioxide in the process, thus naturally carbonating the beer.

Nearly all of Dageraad’s award-winning beers are bottle conditioned, and it’s a subject that gets Coli almost giddy.

“It’s awesome for a couple of reasons,” he says. Firstly, because active refermentation is taking place in the bottle, that yeast eats up any oxygen that gets into the beer. That means bottle conditioned beer has a longer shelf life than force carbonated beer.

“Oxygen is the main thing that makes beer go bad,” says Coli. “And it doesn’t matter how good your packaging is, there’s always going to be a little bit of oxygen that gets in. It’s a great way for small breweries to get good packaged stability without expensive, fancy bottling equipment.

The secondary fermentation that takes place in the bottle produces flavour compounds called esters, and for some styles of beer, these esters can take it to the next level.

“For us, esters are a big component of our beers and [the beer] is noticeably better from bottle conditioning,” says Coli. “In Belgium, nearly all of the beer is still bottle conditioned, and it makes a huge flavour contribution.”

It also allows beers to have higher carbonation, giving it a champagne-like effervescence.

“A lot of styles aren’t right without bottle conditioning,” Coli contends. “You can’t do  proper Belgian tripel or a saison without it, in my opinion. It’s an entirely different experience.”

It’s not all sunshine and lollipops, though: there are some major drawbacks to bottle conditioning, especially if it’s not done right. Like exploding bottles. If you’ve ever homebrewed, you might have experienced a bottle bomb or two. If the yeast is too active, it can over-ferment, causing the beer to overcarbonate. The pressure in the bottle builds until the cap blows off or the bottle explodes. Thankfully, it’s not really an issue for commercially bottle-conditioned beers.

However, mistakes can happen. Dageraad lost an entire batch of its 10˚ Belgian-style quadruple because the temperature controlled bottle conditioning room malfunctioned.

Spinnakers brewer Matt Stanley has been experimenting for the past few months, dialing in the process ahead of the first bottle conditioned releases for the venerable Victoria brewery. 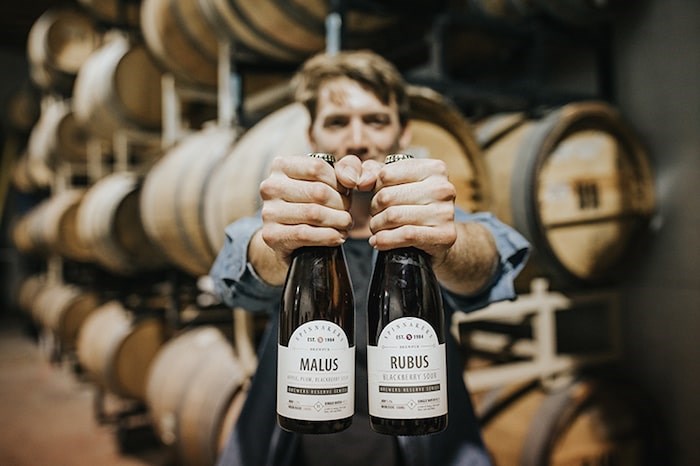 “We want to up our game on our barrel-aged sours, and bottle conditioning is a great way to elevate the beer,” Stanley says. “There’s a bit of romance to bottle conditioned beers. They are beers made with love and they’re special. They’re handmade and they’re a living thing.”

Since bottle conditioning improves shelf life, bottle conditioned beers are ideal for cellaring, says Stanley. The active yeast will continue to work—albeit very slowly—subtly changing the character of the beer over time.

However, leaving bottle-conditioned beers in a warm environment for months on end can lead to overcarbonation and gushing bottles.

“If you want to preserve the beer, you should put it in the fridge,” says Stanley. “But it’s perfectly fine at cellar temperature (8-12 C).”

Sidebar: How to drink a bottle-conditioned beer

You might have noticed that there’s a little bit of sediment at the bottom of that bottle-conditioned beer. Don’t worry, its just yeast and it’s totally harmless. While some people prefer to pour a small glass, then gently stir the bottle to put the yeast back in suspension, Coli likes to leave the yeast alone.

“The yeast can change the flavour of the beer, it can be quite bitter,” he says.

He prefers to gently pour the beer, being careful not to disturb the sediment. Leaving a finger of beer in the bottle will ensure the yeast doesn’t end up in your glass.

Step 1: Serve at 6 to 8 C in a stemmed tulip glass, leaving plenty of room for head to best release aroma.

Step 2: Pour gently at first, then quickly, leaving the yeast in the bottle.