What is a birria taco and where can I get them in Vancouver?

The quesabirria is having its moment in Vancouver right now. Here's everything you need to know.
Mar 2, 2021 12:27 PM By: Lindsay William-Ross 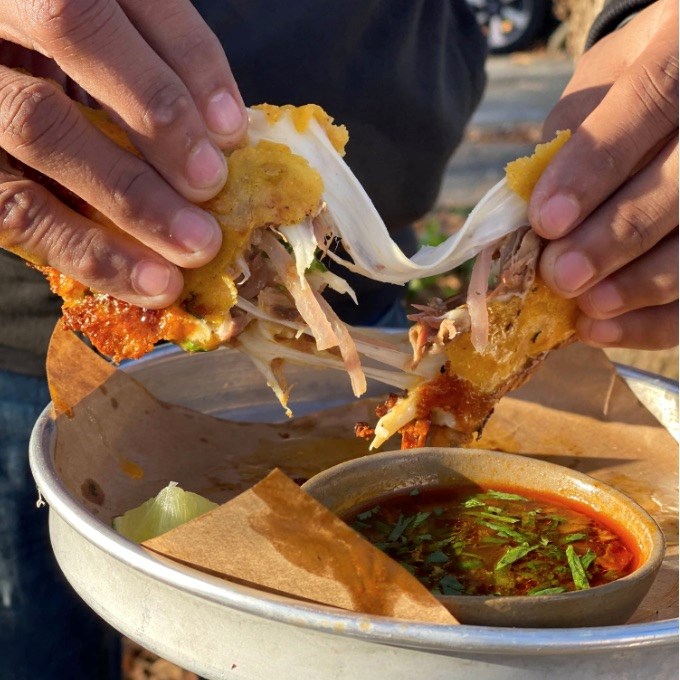 The quesabirria is having its moment in Vancouver right now. The dish first made its way over the Mexican border and north into California - first in L.A. and then up to San Francisco - as a restaurant item in the past two to three years, and now the dish is being served up across North America.

So what is a quesabirria and where in and around Vancouver can you get it?

Birria is a stewed meat that originates from Jalisco, Mexico. Traditionally the meat has been goat, however beef is also a common meat for the preparation and is often what is used here in Vancouver to make birria. (Want a great read on the history of birria? Dive into how goats went from a nuisance animal in Jalisco centuries ago to being a diet staple and how spices were used to disguise the gaminess of older goats' meat courtesy the Vallarata Eats site). Sometimes you'll see the menu item as birria de res; "res" means beef.

In Mexico, while you can visit stands or restaurants specializing in birria, for families it has been a special occasion dish, often made for weddings, birthdays, quinceaneras, and the like. It also has a solid rep as an excellent hangover food.

Birria is served in tacos or as a quesabirria, which combines the meat with queso, or cheese. The tacos are served with a consome or beef broth, designed for dipping. To add some freshness to the birria tacos you'll see chopped onions, cilantro, and lime.

Thanks to Instagram and trend-savvy food entrepreneurs birria de res, birria tacos, and the quesabirria have made a swift ascension up the west coast to Vancouver, and the crave-worthy item is on the menu at a few Mexican restaurants around the area. One noteworthy special you can try in Vancouver is the melding of birria and one of the city's favourite dishes: Ramen.

Here's where you'll find birria items on the menu across Metro Vancouver: 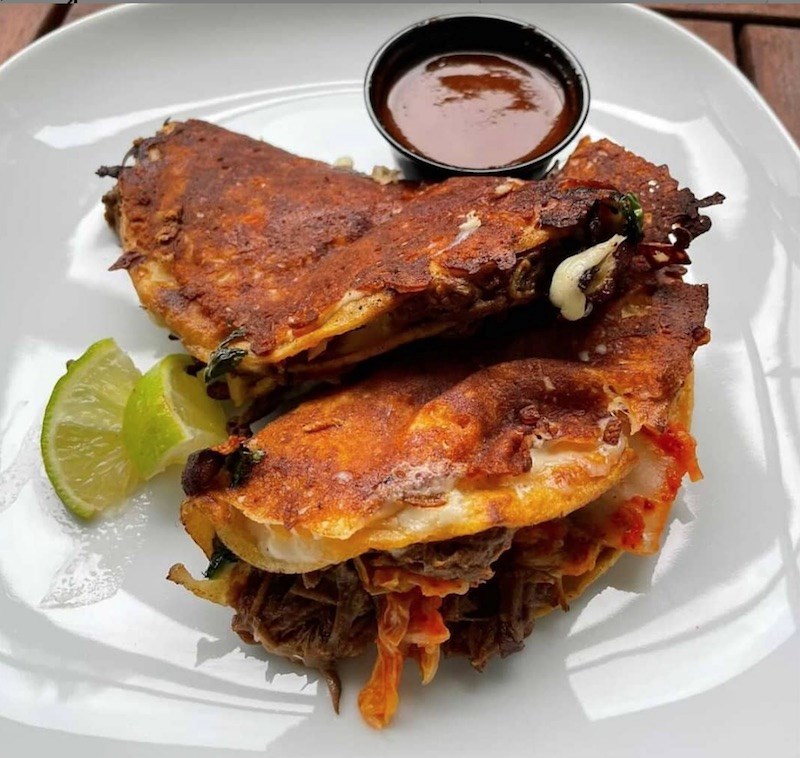 Top Rope is a pop-up birria vendor in Vancouver. By @birriayvr/Instagram

This buzzy enterprise operates pop-up style and shares its next appearances on its Instagram page. Some recent spots Top Rope has popped up include Strange Fellows Brewing, Dageraad Brewing, and 420-friendly convenience store Dank Mart. The core menu is simple: Birria tacos with the option to add-on a "cheese skirt" and stuff like pickled veg and chips and salsa on the side. Launched late last year, Top Rope's cult following is growing for sure; you'll want to keep an eye out too for specials like a birria ramen and other taco specials too. 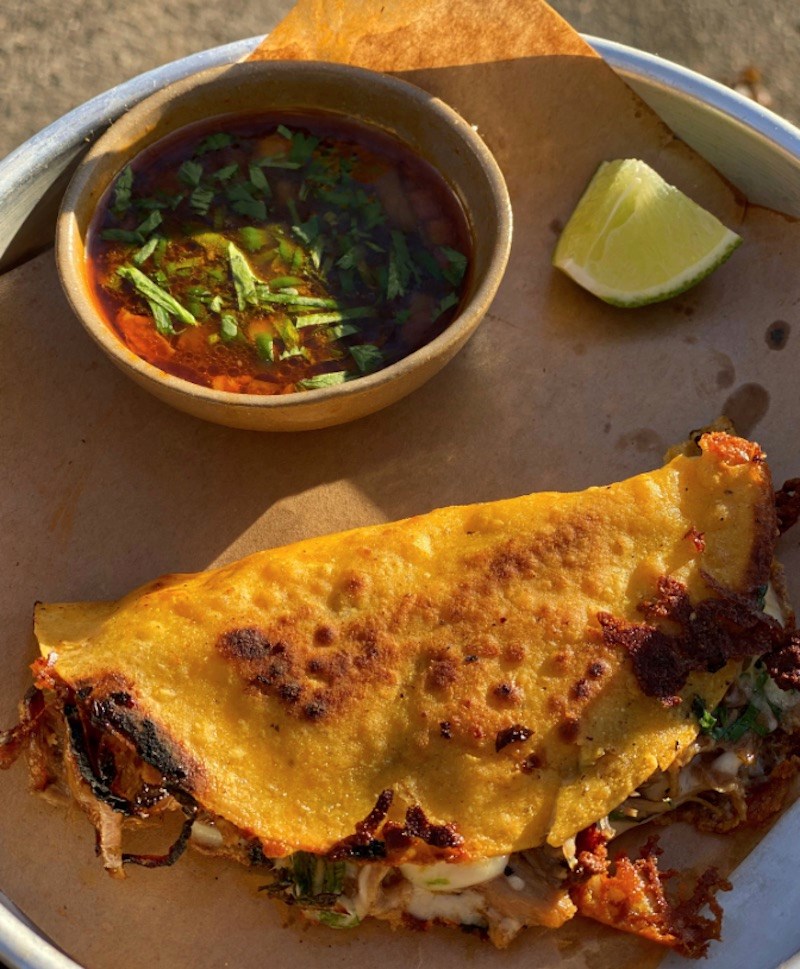 The quesabirria from Tacofino's Taco Bar location in Gastown. By Photo courtesy Tacofino

The Gastown 'Taco Bar' outpost of this Vancouver taco and burrito staple has added a quesabirria to its menu, and a birria soup, though here they're using lamb in the dishes. The birria soup starter features braised lamb shank, chickpeas, white onion, and cilantro, and the quesabirria takes those same ingredients and rocks them in a crispy, meaty, gooey taco griddled with Oaxacan cheese with birria jus for dipping on the side. 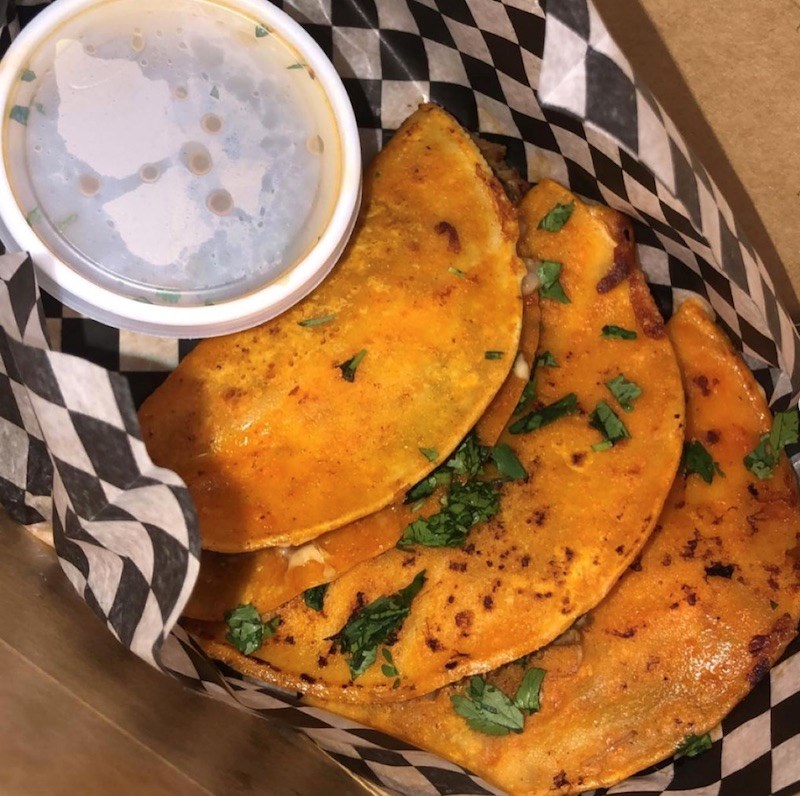 Quesabirria at Don Oso's restaurant in Burnaby. By @donososrestaurant/Instagram

Head to relative newcomer Don Oso in Burnaby where you'll find a trio of quesabirria tacos on the menu (six-inch tortillas filled with birria beef, mozzarella cheese, onions, and cilantro) with consome on the side. Or tuck into a ramen bowl made with Don Oso's birria with onions and cilantro. 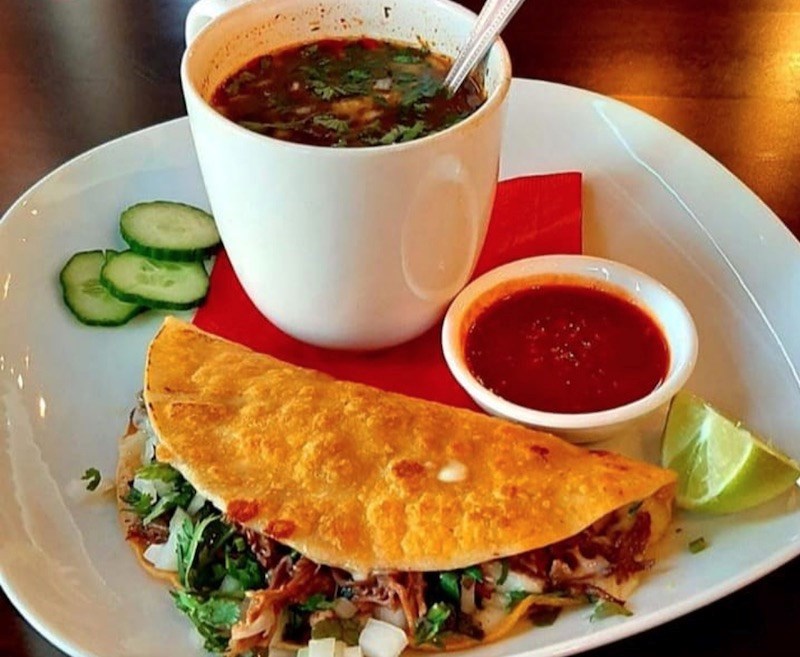 Mi Casa Mexicana launched at the end of 2019, and has since put birria tacos and a quesabirria on its permanent menu. The Kitsilano restaurant serves tacos birria with three tacos per order and consome on the side. The quesabirria is done with a corn tortilla with melted cheese, onions, birria meat, cilantro, lime and birria broth. 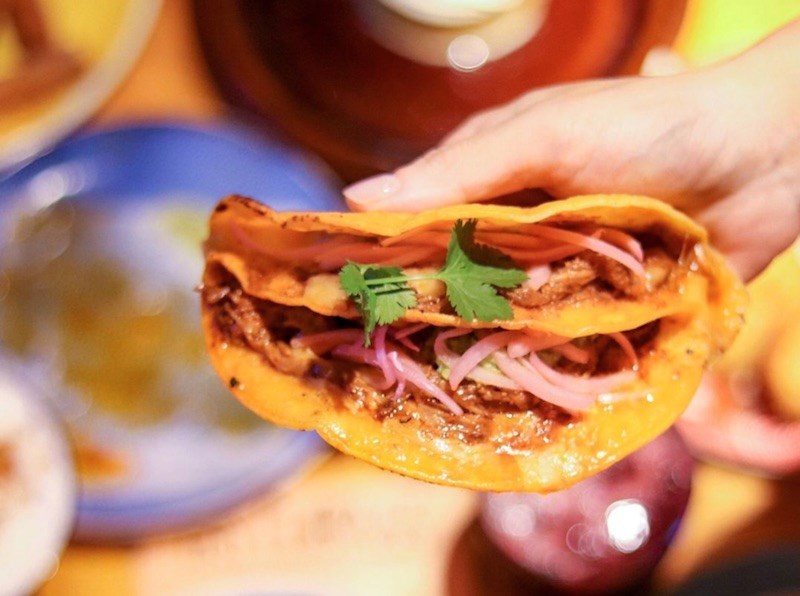 Offering a more purist version of birria is Los Cuervos, which has Birria de Res tacos on its menu, made with beef brisket braised in guajillo sauce and cascabel salsa, onion, cilantro, and crispy chickpeas.

Hip café ready to open in South Burnaby and calling for new staff
Aug 1, 2021 5:33 AM
Comments