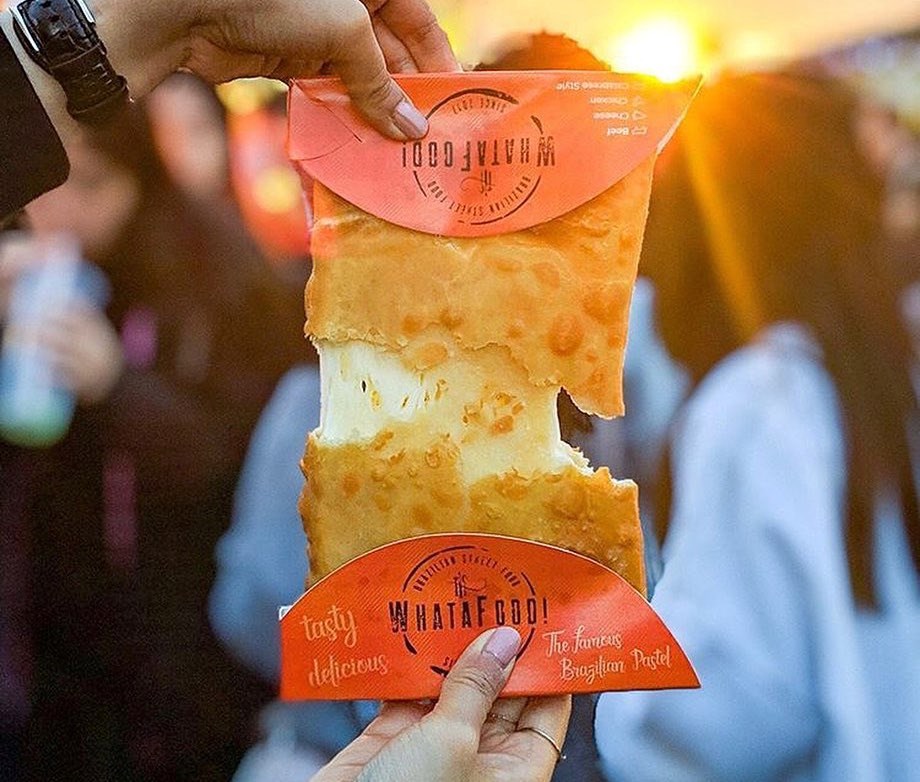 A popular Metro Vancouver mobile food vendor is moving into permanent digs, and will open their doors this summer.

Whatafood, known for their Brazilian street food, is setting up inside the New Westminster SkyTrain Station's Shops at New West.

The new restaurant has moved into Pizza Garden's old spot - they've since moved to a bigger space inside the station's mall.

Launched in 2017, Whatafood has become a staple at street fairs and festivals around Metro Vancouver, including the Richmond Night Market.

Whatafood's menu is centred on Brazilian pastries, in both sweet and savoury offerings.They are best known for their pasteis (plural for pastel), which is like a large hand-pie that's stuffed with meat and/or cheese, or sweet fillings, then deep fried. Whatafood uses their own original recipe for their pasteis, and makes everything from scratch in-house.

For their New West bricks-and-mortar, however, Whatafood is expanding their menu, and will have pasteis that are filled with things like shrimp, Beyond Meat and veggies, and guava jam with mozzarella cheese (called the Romeo & Julieta).

In addition to their signature pasteis, Whatafood's menu includes their gluten-free cheese puffs, as well as Brazilian chocolate bon bons, and beverages like sugar cane juice and cans of Guarana Antarctica - a popular Brazilian soda pop.

Opening day for Whatafood's permanent spot had been set for Saturday, June 27, however the restaurant has had to put their launch on hold due to some construction delays.

"The date was settled with a lot of caution and we have worked hard to maintain the promised date as much as we could. However, we’re still missing some key components [...] The decision was made taking into consideration the quality and standards that you deserve," explains Whatafood, adding: "Thank you for your understanding and support. We will be announcing the new opening date soon."

Whatafood is located at 800 Carnarvon Street, Unit 255, in New Westminster

This article was originally published on June 15, and has since been updated to reflect new information.