Chef-testants from across the nation will cook it out for all the glory once again - including two powerhouse talents from Vancouver
Mar 3, 2021 1:36 PM By: Lindsay William-Ross 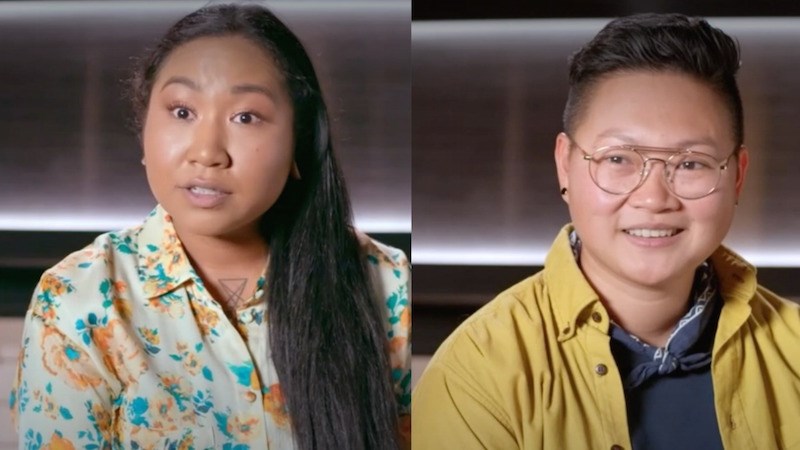 The gloves are coming off - or maybe going on, if they're in the kitchen - as chef-testants from across the nation vie for the glory on Top Chef Canada, which returns in April for its ninth season.

The Food Network show features a diverse line-up of culinary talent from coast to coast this year. Eleven competitors have made the final cut and will be cooking in intense "Quickfire" and "Elimination" rounds until there's only one chef left standing.

While chefs this season hail from Kentville (Nova Scotia) to Kelowna, there are two chefs we'll see on the small screen who hail from Vancouver: Andrea Alridge and Kym Nguyen.

Alridge, 30, is the Chef de Cuisine at CinCin, the downtown Vancouver Italian restaurant known for its open flame grill and refined dishes. "Food was a huge part of my upbringing," says Alridge, who says she's eager to use her time in the Top Chef  Canada kitchen to show she's capable of doing more than just Italian dishes. Alridge says her Jamaican and Filipino background is a major influence on her cooking, too.

She'll be cooking against 10 others, including Nguyen, 34, who is the Sous Chef at Pidgin in Vancouver's Gastown. Nguyen's background is British, French, and Asian, offering as an example when a childhood meal would be their mom's Shepherd's Pie made with Asian ingredients. "I'm known for my weird flavours," says Nguyen, who adds they began their culinary career after working in a pub while studying architecture and graphic design. For Nguyen, who identifies as non-binary and queer, Top Chef Canada offers an opportunity for multifold self-expression and representation: "I want to show everyone what I can do as a chef, and who I am as a person."