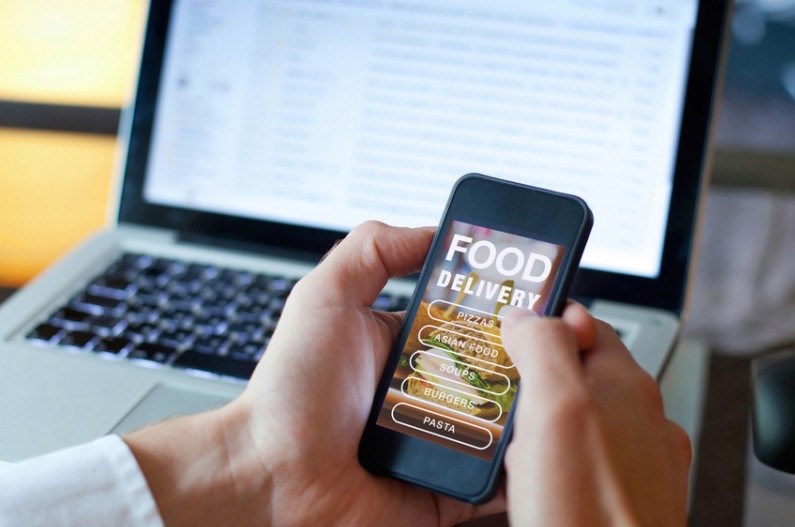 The emergence of food delivery services in British Columbia began slowly a few years ago, with coupons handed out at SkyTrain exits and some targeted advertisements around bus stops.

At the time, a handful of restaurants were enabling outside companies to deliver their food to homes and businesses. Now, promotions from providers that can bring food from many venues are waiting for us at the end of the workday, along with traditional menus from nearby establishments.

Over the past couple of years, Research Co. has devoted some time to studying the dining habits of British Columbians. We discovered that 47% of the province’s residents visit a restaurant’s website before deciding whether they will eat there or not. We also found that 81% want mandatory calorie counts on restaurants, instead of the current voluntary system. We also noticed that British Columbians are more likely to have dinner in front of a television set than residents of other parts of Canada.

In October 2019, my colleague Glen Korstrom wrote about the emergence of “ghost kitchens” – a way in which restaurateurs are dealing with increases in lease rates and labour costs. These establishments can replicate the experience of branded restaurants and prepare meals that will be delivered instead of offered at a traditional restaurant table setting. With this in mind, we asked British Columbians about how they order in.

This year, 48% of British Columbians acknowledged dining out “about once a month or less,” while 28% are heading to restaurants “about once a week or more.” This leaves two other opportunities to avoid the hassle of preparing a meal: ordering food to be picked up personally or ordering food that is delivered to a home.

One in four British Columbians (25%) say they order food that they pick up themselves “about once a week or more.” There is a severe generational slant, with only 11% of those aged 55 and over being part of this group. The proportion is slightly higher for those aged 35 to 54 (23%) and jumps to 36% among those aged 18 to 34.

A slightly smaller proportion of the province’s residents (22%) order food that is delivered to their home “about once a week or more.” Once again, the province’s youngest adults are more likely to forgo preparing a meal at home (33%) than their older counterparts.

There are some subtle regional differences. Heading to a restaurant to pick up food on a weekly basis is more prevalent in northern B.C. (35%), while having food delivered at least once a week is more popular in the Fraser Valley (25%). Residents of southern B.C. are the least likely to participate in either of these behaviours (18% for picking up food, 12% for having it delivered).

The way in which we order our food has changed with technology. The main vehicle continues to be a phone call to a specific restaurant, with 43% of British Columbians saying they ordered this way in the past year.

More than a third (36%) say they ordered food through the website of a restaurant or chain. Several well-known brands have endeavoured to create a simpler user experience on websites, particularly those in the competitive market of pizza delivery.

Still, the one area that shows enormous potential for growth in the next few years is orders via smartphone. We found that 32% of British Columbians used an app such as DoorDash, GrubHub, Uber Eats, Foodora or Skip The Dishes to order food that came to their home.

There is a gender gap on this issue, with 35% of women using these apps to order dinner, compared to 28% of men. And while only 13% of British Columbians aged 55 and over are relying on this method to get food delivered to their home, the proportion climbs to 30% among those aged 35 to 54 and 44% among those aged 18 to 34.

The youngest adults in British Columbia have been quicker to adopt food delivery apps, and are also more likely to report an increase in the number of days they simply order in. Only 9% of those aged 55 and over and 26% of those aged 35 to 54 are having food delivered to their home more often than five years ago. Among British Columbians aged 18 to 34, the numbers jolt to 45%.

The start of the year saw another reminder of the difficulties that bricks-and-mortar stores are facing, with the bankruptcy declaration from Pier 1 Imports. It will be fascinating to watch if the appearance of more “ghost kitchens” leads to a generational shift among older residents who are currently not as keen to order in as their younger counterparts.

Results are based on an online study conducted from February 11–14, 2020, among 800 adult British Columbians. The data has been statistically weighted according to Canadian census figures for age, gender and region in British Columbia. The margin of error, which measures sample variability, is plus or minus 3.5 percentage points, 19 times out of 20.

Here's the beef: After over a decade, a Gastown staple refocuses its menu on its show-stopping burger
Jan 19, 2021 10:27 AM
Comments