This family-run Richmond cafe gives customers what they want, or else 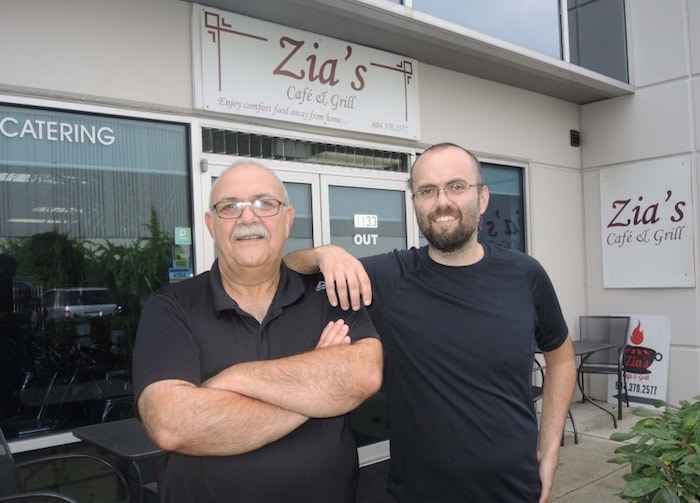 Zia Arfaee (left) and his son, Sama, run the “greasy spoon” Zia’s Cafe & Grill in a small industrial estate close to No. 6 and Cambie roads. Photo by Alan Campbell/Richmond News

“If I don’t make my mushroom soup on a Friday, people will kill me.”

Suffice to say, whatever Zia Arfaee’s customers want, they will get…or else.

And that, explained Iranian-born Arfaee, is the secret behind the success of Zia’s Café & Grill, which he runs with his son, Sama, in a little known industrial estate, tucked in behind No. 6 and Cambie roads in the east end of Richmond.

Zia’s seats around 34 or so – it’s hard to tell, as the café has two, long home-made wooden tables stretching down the middle of the café, which wouldn’t look out of place in Urban Barn.

It ticks most of the "greasy spoon" cafe boxes, with its relatively humble fixtures and fitting, but there can't be too many of its ilk that have Persian owners, who sprinkle their native cuisine onto the daily specials. 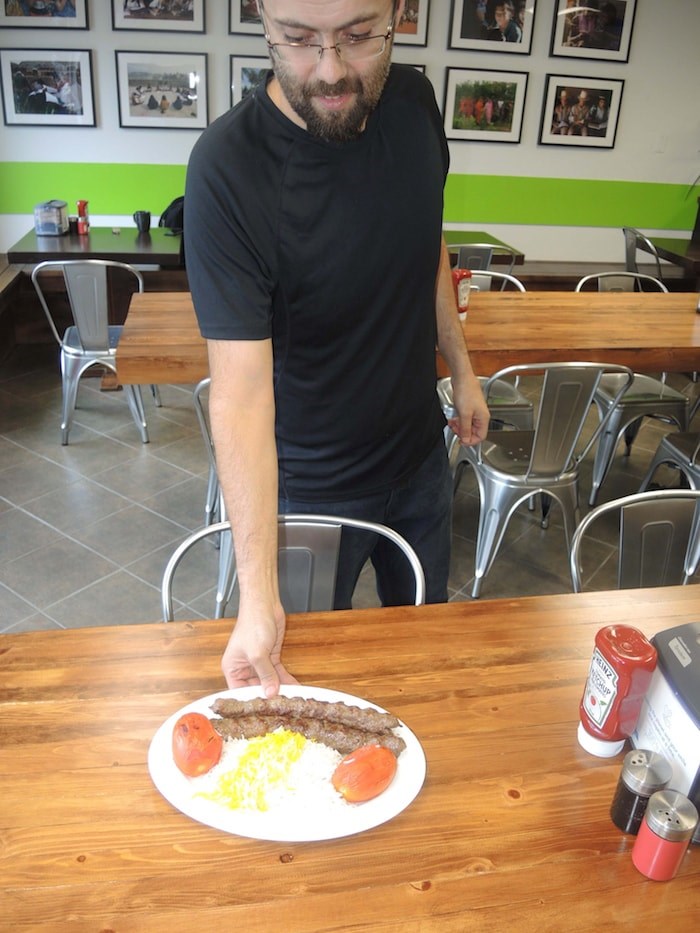 One of Zia’s Cafe’s specials is the Persian kabob, which is only served every second Friday. Photo by Alan Campbell/Richmond News

Indeed, as well as listening to their loyal breakfast and lunchtime customers, many of whom work in the tech or manufacturing industries in the aforementioned estate, the word “home-made” plays a huge role, said Arfaee.

“The food is always fresh and different. Tuesday is biryani, Wednesday is chicken teriyaki, Mondays and Thursdays are burger days. Some people come from Kitsilano for our burger and some people who used to work around here come back,” added Arfaee, who took over the running of the café in 2012. 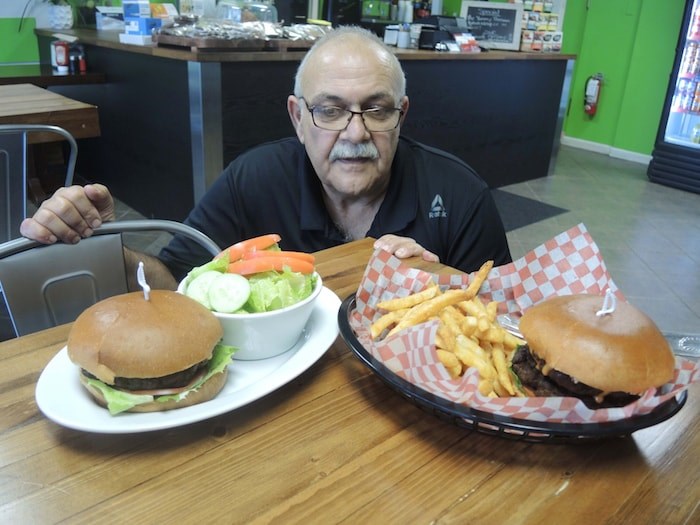 Zia Arfaee is very proud of his home-made burgers, which are made fresh every Monday and Thursday only. Photo by Alan Campbell/Richmond News

“Even the regular specials change a little bit. No matter what the special is on one day, if there is any left over, you won’t see it on the menu the next day. The leftover goes home and becomes dinner (for us).

“But most days we completely sell out of our special.”

Sama said they have about 40 items rotating around the specials menu and it’s usually, “whatever people ask for. Someone might ask us for lasagna tomorrow. So we go and buy the ingredients and make it for the next day.”

There isn’t a single day, said Zia, that “I leave here and don’t go to the shops for ingredients.

“We have five items on our menu, so it guarantees a small inventory and everything being fresh. If you have 60 items on the menu, something is going to go bad.

“Lots of places, they open the cooler and see cod sitting there for three days and call it a ‘catch of the day’ special. Not us.” 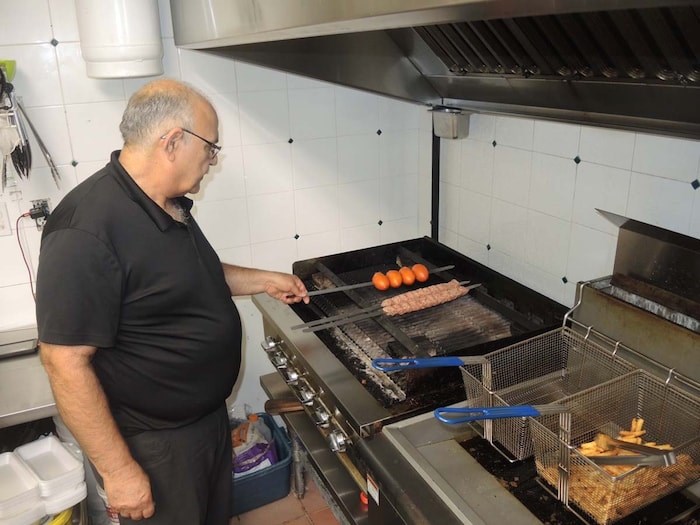 Zia Arfaee is particularly proud of his Persian kabob, which only appears on the menu once every two weeks. Photo by Alan Campbell/Richmond News

Looking across the café at the two, long wooden tables, Sama told how he had watched a YouTube video of such tables being made and suggested to his dad they give it a go, to save some money.

However, Zia butted in, saying, “(Sama) comes up with the idea, shows me the video and then he has a shoulder problem,” he smiled.

The pair also run a very busy catering operation “on the side,” doing weddings with Indian food, Italian food and, of course, Persian cuisine.

“One week, we served 1,000 bowls of Persian soup; then about five days later, we did an event for about 300 people, all while running the café every day,” said Sama.

“We did an Irish and Iranian wedding once and we did haggis and Persian stews at another wedding - not in the same dish, though.”

Zia said they’d love to open at night as well (it shuts shop at 4 p.m.), as per requests from local and out-of-town customers, but they just can’t get the staff, other than their two full- and one part-time employees.

Asked how they feel about being nominated as one of the Richmond News’ best “greasy spoon” cafes, Zia said he doesn’t care.

“As long as they come and enjoy the food and the service and as long as they’re thinking about us, they can call us what they like.”

Zia's Cafe is located at 13700 Mayfield Place in Richmond.