George “Babe” Ruth, his wife Claire and daughter Julia were pictured before setting sail on the Empress of Japan Oct. 20, 1934

Many photos of The Great Bambino come only in shades of black and white but thanks to the work of a photo colourizer, there are now some images just as colourful as his career.

Two photographs of George “Babe” Ruth’s visit to Vancouver in 1934 were brought to life by the talents of Mark Truelove who runs Canadian Colour. Eighty-seven years ago Ruth was part of a star-studded lineup of major league baseball players who played an exhibition game at now long-gone Athletic Park. The game was part of a barnstorming expedition that took the players through Vancouver on their way to a historic 17-game tour of Japan.

A lineup that accompanied Lou Gehrig, Lefty Gomez, Charlie Gehringer and Lefty O’Doul, who later managed the Vancouver Mounties team when the Pacific Coast League made its local debut in 1956.

The team played in the pouring rain to a nine-inning 2-2 tie before boarding the Empress of Japan, a Glasgow-built liner that made regular trans-Pacific sailings between Vancouver, Hong Kong and Japan, the following day.

A third photograph of The Sultan of Swat resurfaced recently on social media, showing Ruth leaning against his 1926 Nash Sedan in Stanley Park. 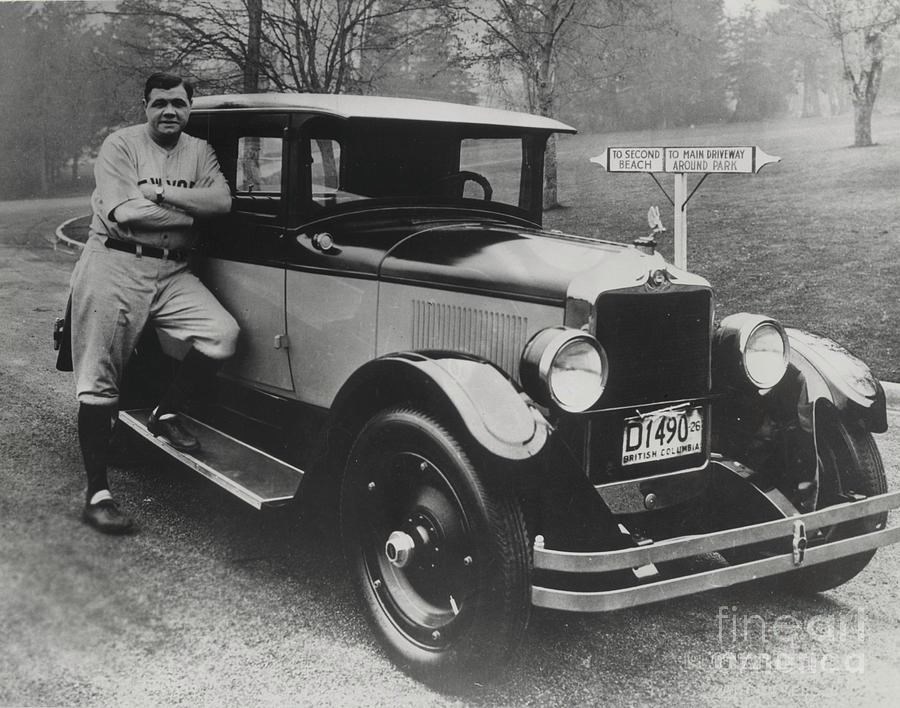 Babe Ruth leans against his 1926 Nash Sedan in Stanley Park. By American Photographer

With files from Andrew Fleming