B.C. residents may rely too much on "Dr. Google"

More than a third of British Columbians (35%) go online before and after visiting their doctor. Some residents appear to be arriving at the doctor’s office armed with information gathered online. Others seem to be getting a “second opinion” from the web after spending time with their general practitioner.
0
Sep 4, 2018 4:48 PM By: Mario Canseco

For decades, British Columbia has been a popular destination for Canadian retirees. Two years ago, the number of seniors in our province prompted the previous provincial government to call for changes in health care funding, essentially abandoning the per capita transfer in favour of a formula that would take into account the age ranges of each province’s population. 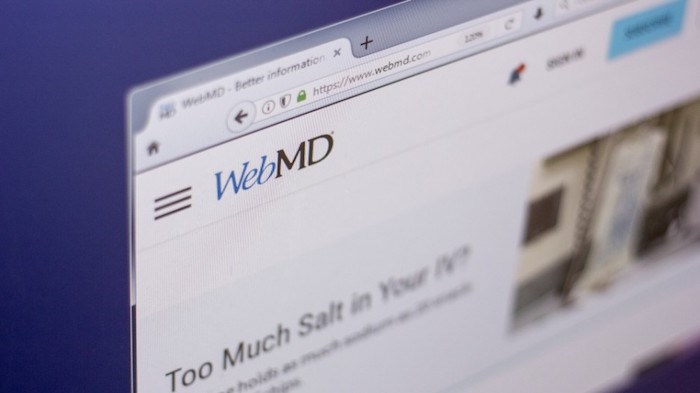 Our province’s aging population also includes doctors. In a recent letter, former provincial health officer Perry Kendall outlined a severe problem that may affect the health care system for years to come. Many family practitioners are entering retirement age, and their patients face uncertainty about what will happen to existing practices and who will be there to see them when they require attention and care.

With this backdrop, Research Co. asked British Columbians about specific ways in which they are using online tools to take better care of themselves. The survey shows a province that is actively using the web to learn more, with the expected variations across gender, age and region depending on the topics of interest.

It is not surprising to see that more than two-thirds of British Columbians (68%) have searched online for information about a particular illness or condition in the past year. We are more connected than ever before, and it is remarkably easy to learn more about ailments than it was two decades ago.

Still, as is the case with the prevalence of “fake news” stories designed to look legitimate, some websites may be providing people the wrong kind of advice. Internet users may be overwhelmed by the number of hits a search engine can give them.

What we are researching online, and when, is of particular interest. Almost half of British Columbians (47%) have looked for information about nutrition, exercise or weight loss online. There is a sizeable gender gap, with 54% of women going online to learn more about these topics compared with just 41% of men.

More than a third of British Columbians (35%) go online before and after visiting their doctor. Some residents appear to be arriving at the doctor’s office armed with information gathered online. Others seem to be getting a “second opinion” from the web after spending time with their general practitioner.

There are generational differences when it comes to combining online research with visits to the doctor. Residents aged 18 to 34 are significantly more likely to check online before seeing the doctor. Those aged 55 and over are more likely to put the recommendations of their doctor to the test after their visit.

Baby boomers also lead the way in a particular category – searching for information about prescription drugs. While 41% of British Columbians have conducted online research about dosage and side effects, the proportion jumps to 49% among those aged 55 and over.

Many of these interactions included a visit to the general practitioner, but there is a problematic statistic that suggests more needs to be done to improve the province’s doctor-patient ratio.

Sixteen per cent of British Columbians acknowledge that they diagnosed or treated a medical condition on their own, without consulting a doctor. The proportion of self-appointed medics is slightly higher on Vancouver Island (19%), an area that has been affected by doctor shortages.

While the internet can certainly help in clearing misconceptions about health care issues, the quality of information cannot be guaranteed. It is refreshing to see residents doing a bit of research before and after seeing their doctor, but the proportion of British Columbians who are going exclusively with what the internet tells them is worrying.

The internet cannot be a substitute for a consultation with a physician. Improving access to general practitioners is the key to reducing the number of British Columbians who have no choice but to diagnose and treat themselves.

STATS: Thinking about health information, have you done any of the following in the past year?