A by the numbers look at B.C.'s record setting 2017 wildfire season 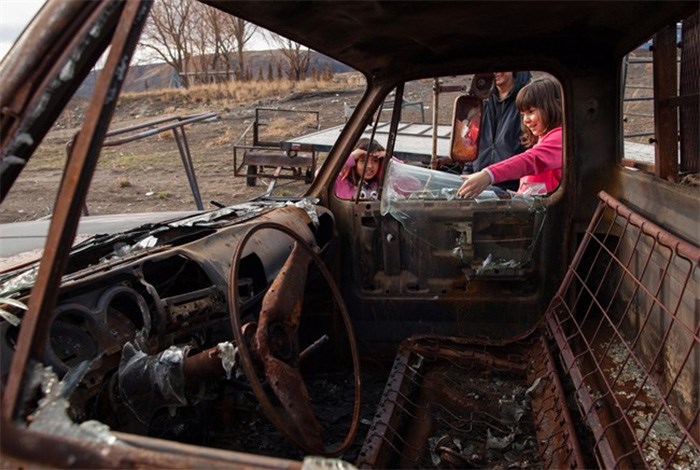 Tacheena Sutherland, 8, left, watches Nevaeh Porter, 9, look at the burned out truck at her grandparents’ home in in Ashcroft, B.C., on Monday November 27, 2017. Little remains of the wreckage from Angie Thorne’s home after a wildfire tore through her reserve in central British Columbia earlier this year. The blackened concrete, twisted metal chairs and seared welcome sign have all been removed, replaced with gravel backfill. “It’s heartbreaking but it feels good to be back here,” Thorne says, looking around the place she lived for 21 years. THE CANADIAN PRESS/Jeff Bassett

The 2017 wildfire season in British Columbia set records as the most destructive in the province's recorded history. Here is a look at the season by the numbers:

45,000: Approximate number of people displaced at the peak of the fires.

65,000: Total number of people displaced over the entire wildfire season. The previous record was in 2003 when about 45,000 people were forced from their homes.

4,700: Approximate number of personnel deployed at the height of the wildfires, including firefighters and support staff. The tally encompasses the more than 1,200 personnel from outside the province or Canada and the more than 2,000 contractors who helped out.

236: Aircraft deployed, including planes and helicopters.

Zero: People who died in the fires.