A Vancouver-based company joined a team of film-makers, scientists, and explorers for an epic expedition into the biggest underwater sinkhole in the world. 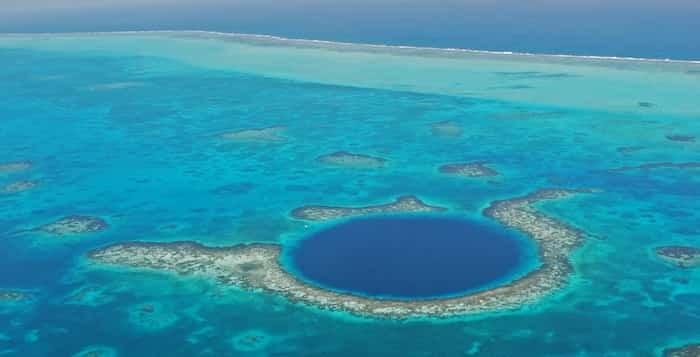 Last year, a Vancouver-based company joined a team of film-makers, scientists, and explorers for an epic expedition into the depths of Belize's Blue Hole, the biggest underwater sinkhole in the world.

From November 13 to December 18, the team made over 20 historic dives into the mysterious oceanic wonder, and shared a live-stream of the experience on the Discovery Channel. The live-stream also featured Sir Richard Branson, Fabien Cousteau and Aquatica’s Chief Pilot, Erika Bergman.

As the first government-sanctioned voyage in Belize since Jacques Cousteau's submarine voyage in 1971, the expedition provided important information for the Government of Belize and the larger global scientific community as a whole. And, since technology has advanced a great deal since his maiden expedition, they were able to map out the sinkhole with incredible precision.

"Our chief objective was to map the Great Blue Hole in unimaginable detail. With today’s most advanced tools at hand, we launched two submarines deep into the hole to see a geologic phenomenon with new eyes," says Aquatica Submarines.

"The Great Blue Hole has a history of exploration by some of the greats, but was limited to the technology of the day. Jacques Yves-Cousteau originally made this perfectly circular, gem colored feature famous through underwater film, and one of his crewmen even did a brief submarine dive to the bottom. Since then advanced technical scuba divers have made quick trips to the bottom to sample sediment and stalactites."

The Vancouver-based technology that is utilized in the Stingray 500 allows the three-person submarine to withstand the crushing pressure in the incredible depths of the sinkhole. What's more, the technology allows the submersible to stay in the sinkhole for an entire day. In addition, the submarine's dome-like design allows for a nearly 360 degree view.

“Situated in the centre of Lighthouse Reef 40 miles off the coast of Belize, the Blue Hole is a giant marine sinkhole that is 1,043 ft (318 m) in diameter and 407 ft (124 m) deep. To put its size into perspective, the Blue Hole could easily swallow two entire Boeing 747s in one gulp, undiscoverable from the surface,” explains The Confluence Group.

The expedition also discovered that, "beyond the Hydrogen Sulfide layer at 300 feet, the bottom is completely anoxic – that is, there’s not a drop of oxygen down there."

As such, they describe this area of the sink hole as 'otherworldly.' 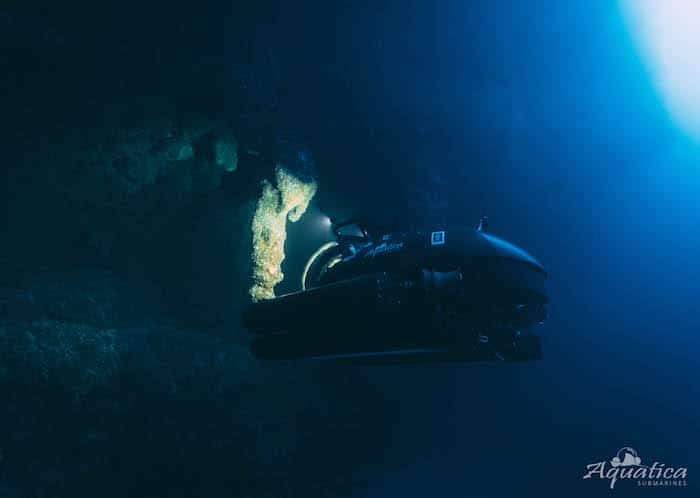 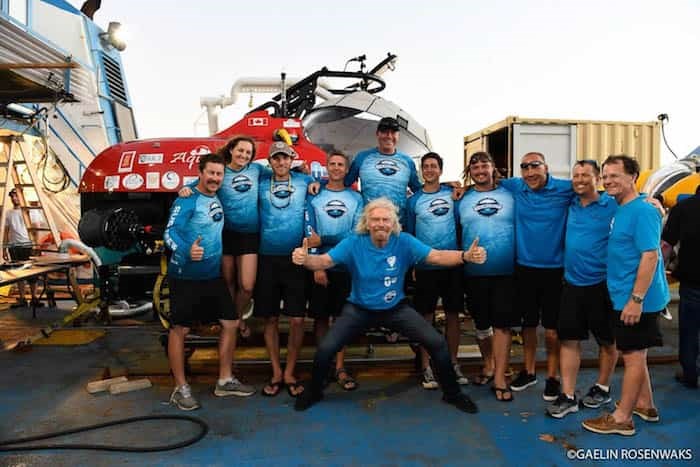 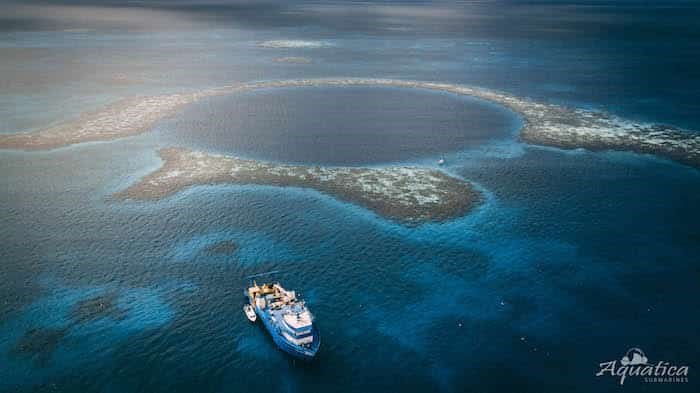 Based in Vancouver, Aquatica Submarines has emerged as an innovative pioneer in submersible technology space. They strive to, “operate safe, robust and versatile manned submersibles for use in scientific, commercial and recreational endeavours.”