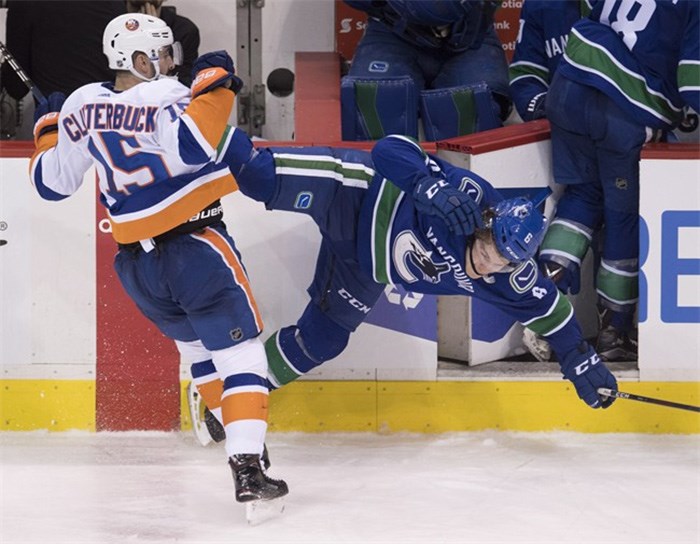 Vancouver Canucks forward Brock Boeser will likely miss the remainder of the NHL season after the team said he will be out four to six weeks with a back injury.

The star rookie left Rogers Arena on a stretcher and was taken to a hospital after a collision in the Canucks' 4-3 overtime win over the New York Islanders on Monday.

Boeser fell into an open gate at the players bench after trying to make a hit on Islanders forward Cal Clutterbuck.

The Canucks said Tuesday that was diagnosed with a soft-tissue injury and a nonstructural, non-displaced fracture of a transverse process in his lower back.

The 21-year-old Boeser leads all NHL rookies with 29 goals and is second among rookies with 55 points in 62 games.