These Vancouver kids are becoming entrepreneurs and helping others

How to best prepare children for the future can be a daunting thought for parents.

For Vancouver couple Braden Ricketts and Leah Coss, it was something that often crossed their minds. They couldn’t get past the fact that when their son graduates, the world would be “so different from what it is now.” 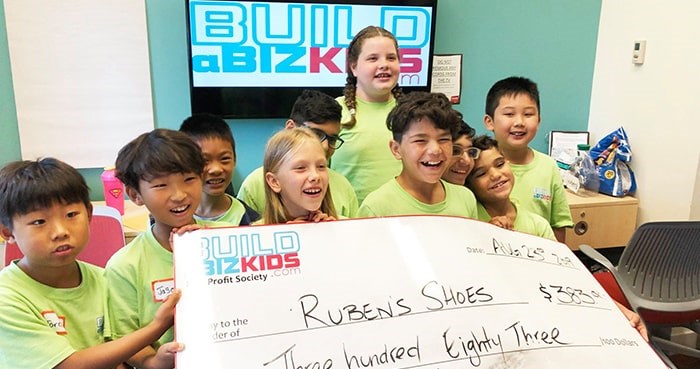 As a director and project manager with YWCA, Ricketts was already running programs to inspire youngsters to find their dream employment pathway, but he wanted to do more.

While talking to Coss one night, a life long entrepreneur who has helped businesses scale and grow for franchising, the duo had a light bulb moment.

“I was teaching youth how to find jobs when the skill set I should have been teaching them was how to create jobs,” Ricketts told Vancouver Is Awesome.

“Finding jobs is just hoping someone offers them the right opportunity, whereas creating jobs is about problem solving and finding solutions that will help other people.”

And just like that the idea for Build a Biz Kids was born.

It’s a non-profit society that’s dedicated to helping youth — aged between 7 and 13 — prepare for the future and take action to make a difference.

The 10-week program, offered after school or on the weekend for one hour a week, teaches children the basic skills of how to set up their very own little business.

Along the way they learn problem solving skills, how to prototype a product and test market it, how to create a logo and how to advertise. 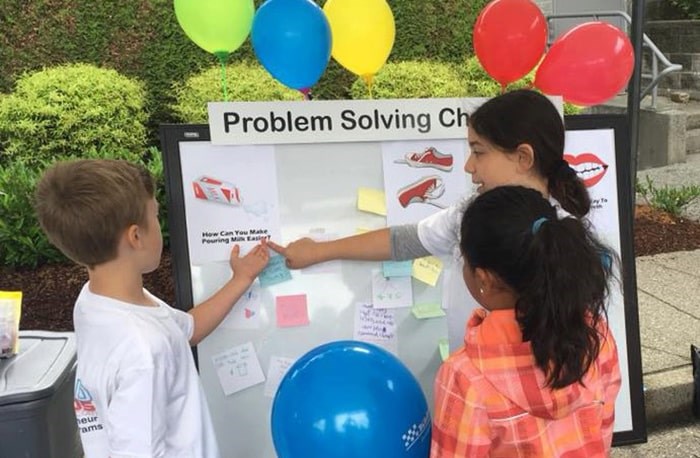 The kids even get to sell their products at a pop up shop market day and make real money — the initial draw card for most kids who want to fill their piggy banks.

But Ricketts said it’s about much more than that.

“Our whole mission isn’t to make kids run their own businesses,” he said.

“They’re coming up with some interesting ideas for little products they can sell but what we really get inspired by is their mindset that switches during that process to believing they can make a difference.

“It’s about giving them [children] that confidence and developing their skill set to learn about the things they’re most passionate about.”

Part of the process is learning that it’s OK to fail, said Ricketts.

“We’re not giving our kids enough opportunity or space for one, to fail, or for two, to learn from their experiences of dealing with people out in the public,” he explained

He said some parents had given feedback that their child had become more resilient to hearing the word "no".

"If someone isn’t interested in buying their product or they get rejection, they are immediately bouncing back and asking the next person," Ricketts said.

“The earlier we can teach them that it’s not the end of the world to fail at something and it’s actually a learning tool, the more powerful they are going to be as they get older.” 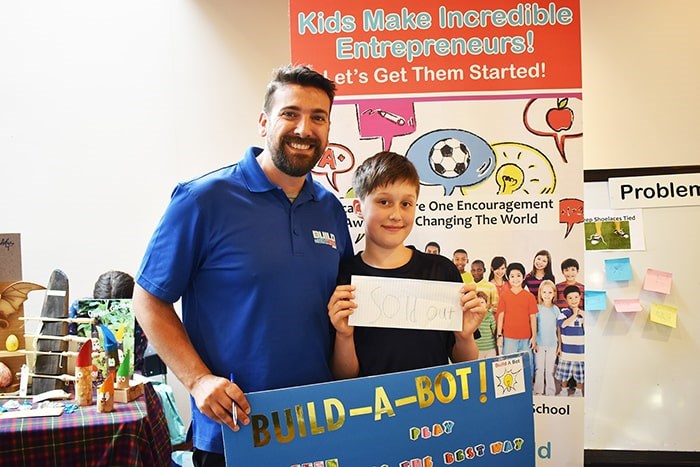 Up to 130 children have taken part in the program since April last year. The kids have raised just over $3000 dollars for local charities through donation boxes and a portion of their proceeds from business sales.

Ricketts said hearing back from the parents about what their children were doing after the program was incredibly rewarding.

"I’m inspired by the compassion of kids and their genius creativity," he said.

"When they [children] have a little bit of proof in their abilities to create something and have some success with it, they go and do some other interesting things.

"Two brothers in the program went home and opened up a snow cone stand in their neighbourhood. When they were done selling the snow cones they took that money and donated it to Make A Wish Foundation."

"It was just exciting to see the kids go home and think, ‘what can I do to help other people."

Here's a video of what some of the young entrepreneurs taking part had to say:

The organization offers after-school and summer camp programs across the lower mainland. All the programs are available on the Build a Biz Kids website.