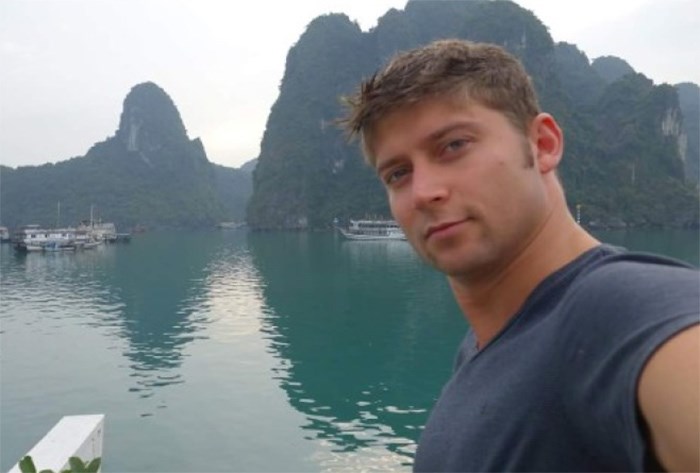 A GoFundMe campaign has raised more than $45,000 for Christian Zelichowski, who was seriously injured in a crash on the Burrard Street Bridge Dec. 19.

An online fundraiser organized for one of the victims in this week’s fatal crash on the Burrard Street Bridge has raised more than $45,000.

Vancouver bartender Christian Zelichowski was on his way home at around 1 a.m. Tuesday when the taxi in which he was riding was hit by an Audi R8 sports car speeding across the Burrard Street Bridge.

Zelichowski and the taxi driver, a 68-year-old man, were both seriously injured. The Audi driver, a 30-year-old Vancouver man, died at the scene.

According to police, the Audi had just merged onto the bridge and was heading north at a “very, very high rate of speed” when the driver lost control and collided with the southbound taxi. One of the cars burst into flames. The bridge was closed to all traffic for close to 12 hours has officers investigated.

“We have no indication that the taxi was doing anything wrong,” said police spokesman Const. Jason Doucette, adding that the investigation indicates that taxi was following the rules of the road.

Doucette said the impact of the crash was so strong the Audi broke into a number of pieces, with one part of the car ending up in the bike lane. He added that investigators are examining what is left of the car and working with Audi to determine what happened. He said officers are working to determine just how fast the Audi was traveling at the time of the crash, as well as any other factors such as mechanical issues or driver error.

Doucette also said there is no indication the Audi was racing another vehicle.

A GoFundMe Campaign has been set up for Zelichowski, who was critically injured in the crash. According to the campaign website, he has “significant trauma to his abdomen and lower intestines,” as well as a broken spine, sternum and ribs.

“But his spinal cord is intact and he can move his feet so that is good news,” the website reads.

“As of now, we don’t know how long it will take for Christian’s full recovery. He is currently undergoing numerous surgeries.”

As of Friday morning, the campaign had raised $45,000 in just one day to help cover living expenses for Zelichowski while he recovers from his injuries.

The fundraising campaign can be found at www.gofundme.com/fah3xp-christians-recovery-fund.