Amid opioid crisis, city calls for decriminalization of possession for all drugs

Photo Dan Toulgoet A policy shift that’s unprecedented in Vancouver’s recent past has the city calling for the decriminalization of possession for all drugs.
V.I.A. Mar 9, 2018 4:46 PM 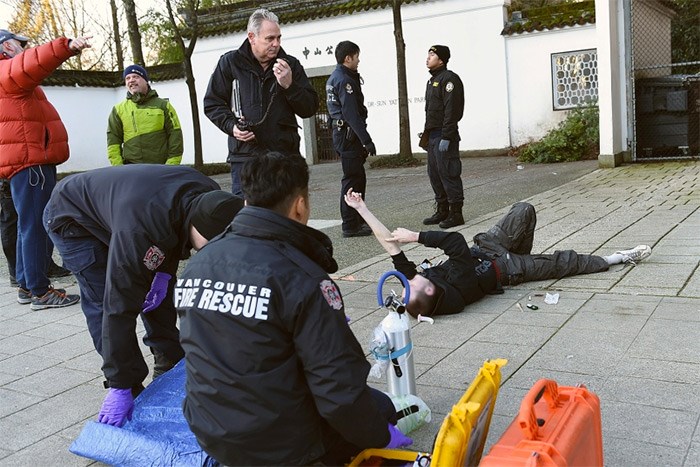 A policy shift that’s unprecedented in Vancouver’s recent past has the city calling for the decriminalization of possession for all drugs.

That point was somewhat buried in a city-issued news release Friday afternoon that indicated a steady uptick in overdose deaths since October.

Among the city’s recommended responses to the opioid crisis was this sentence:

The Courier has asked the city to clarify that statement and explain if, in fact, a policy shift is at play and what that new policy may look like.

Other bullet points from the city news release to combat the opioid crisis:

The lowest number of deaths in Vancouver last year — 18 — were recorded in October. But the deaths spiked again in November and December, with 29 people dying in each month. Thirty-three deaths were recorded in January, compared to 51 in January 2017. The 51 deaths were the highest monthly total last year, with the average being 31 per month.

The final 2017 numbers saw 365 overdose-related deaths recorded in Vancouver. No one has died of an overdose at an overdose prevention site this year.

The unabated deaths have continued to exert pressure on the city’s first responders, with average call volumes hitting 100 per week so far this year.

“We are witnessing a horrific and preventable loss of life as a poisoned drug supply continues to kill our neighbours, friends, and family," Mayor Gregor Robertson said in the news release. "Volunteers and first responders are working around the clock to keep people alive, but lives are on the line and more action is urgently needed. We will keep pushing for bold solutions, and that includes breaking down the stigma that leads people to use drugs alone at home, addressing access to a clean supply through drug testing equipment, and dramatically improving a range of treatment options like opioid substitution therapy.”