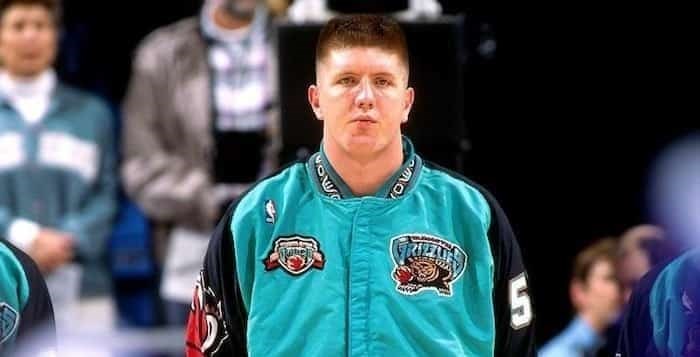 While the Vancouver Grizzlies had a short-lived time in Vancouver, they still created a loyal following that is extremely passionate to this day.

Kat Jayme was one such "superfan," who fell in love with the team as well as one of its star players.

Known as 'Big Country,' Bryant Reeves was the team's first-ever draft choice. Originally from Oklahoma, he spent his entire career playing for the Vancouver Grizzles, but ended up becoming a scapegoat for much of the team's shortcomings. He was also known for his  involvement in the community, giving back to children and fans alike. When the team moved to Memphis in 2001, he retired from the sport with chronic back injuries.

Since he retired, Reeves has eluded all of the journalists that have tried to track him down. For over 17 years he has been known as the 'holy grail' of interviews. That is, of course, until now.

The film premiered at the Vancouver International Film Festival (VIFF) and swiftly sold out four screenings and won the #mustseeBC and People’s Choice awards.

"I was seven years old when the Grizzlies came to town. Because of them I wanted to be the first girl to play in the NBA. That didn't end up panning out and I became a filmmaker instead. It's always been my dream to tell the heart behind the story of the Vancouver Grizzlies and my favourite player Bryant "Big Country" Reeves. With STORYHIVE’s help, I'm excited to finally be able to do that,” says Jayme.

“Bryant disappeared from the media in 2001 when the Grizzlies left for Memphis and no journalist or reporter has been able to track him down since then. I made it my life's mission to find him and it's an honour to finally share the story of the legend of ‘Big Country’ Bryant Reeves. One of the main goals of this film is to start a movement to bring an NBA team back to Vancouver! We want our Grizzlies back!”

Kat set out on her mission to find Bryant Reeves after being selected for the TELUS STORYHIVE 100K Edition, STORYHIVE’s largest round of funding at the time, in which 25 creators in B.C. and Alberta received funding of up to $100,000 to produce their screen-based projects. As part of the program, Kat received production support and mentorship, in partnership with the National Screen Institute.

Today, the documentary is released online and available to watch for free.

Could someone unknowingly spread monkeypox? A Vancouver expert weighs in
May 24, 2022 7:19 PM

We can’t stop looking at this Vancouver high-rise rendering for all the wrong reasons
May 24, 2022 4:02 PM