A map of the most popular dog breeds in the world finds that golden retrievers are the canine of choice in Canada.

HouseholdQuotes researched the most popular dog breed in each country based on Google searches, and then mapped the results.

While the most popular breed of dog in Canada is the golden retriever, the rottweiler is the number one dog in 34 countries--the highest number of appearances for any breed.

That said, the Australian Shepherd is the most-searched breed in the world, with 913,000 monthly hits across the four countries where it is number one.

The company adds that the "150 territories in our study share a love for just 27 different dog breeds." In other words, those 27 breeds are particularly popular pooches worldwide.

Over in Russia, Dobermans are the breed of choice. The Shiba Inu is the most popular dog in South Korea, while the cane corso--an Italian breed of mastiff--is most popular in Djibouti.

In the Philippines, the shih tzu is the most popular dog, while Chileans favour pugs.

Most popular dog breeds around the world 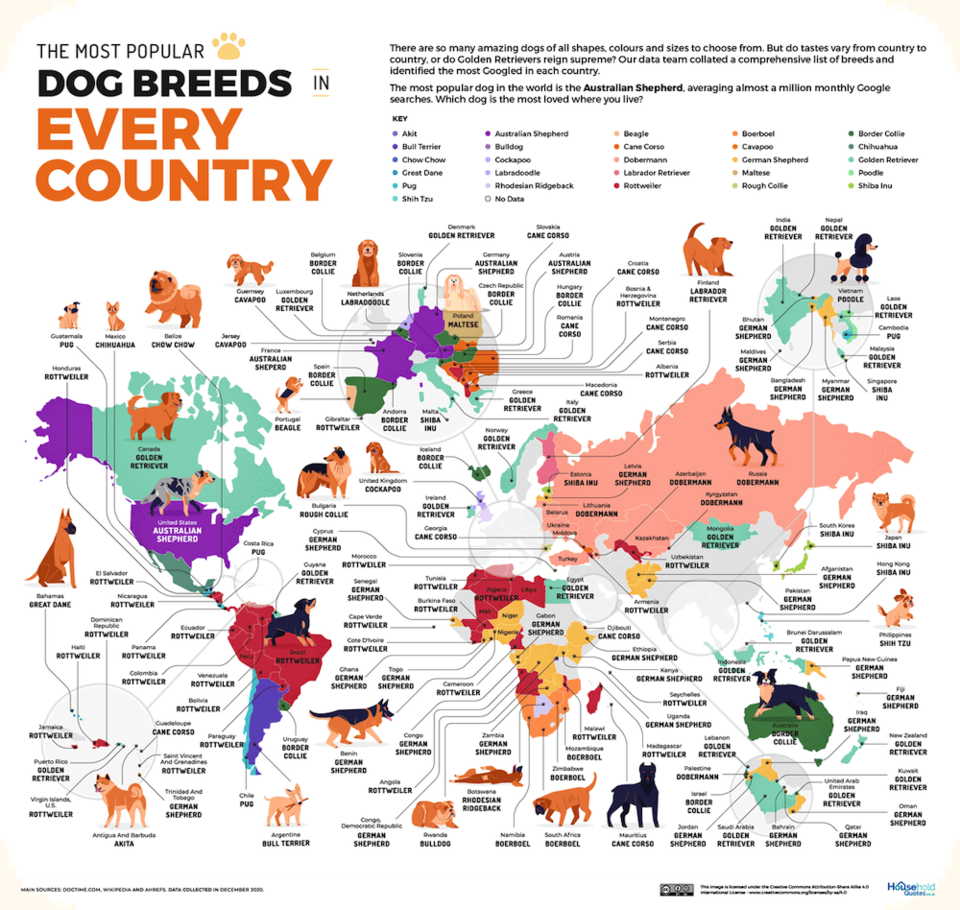