Police shut down 'booze can' next to River Rock casino 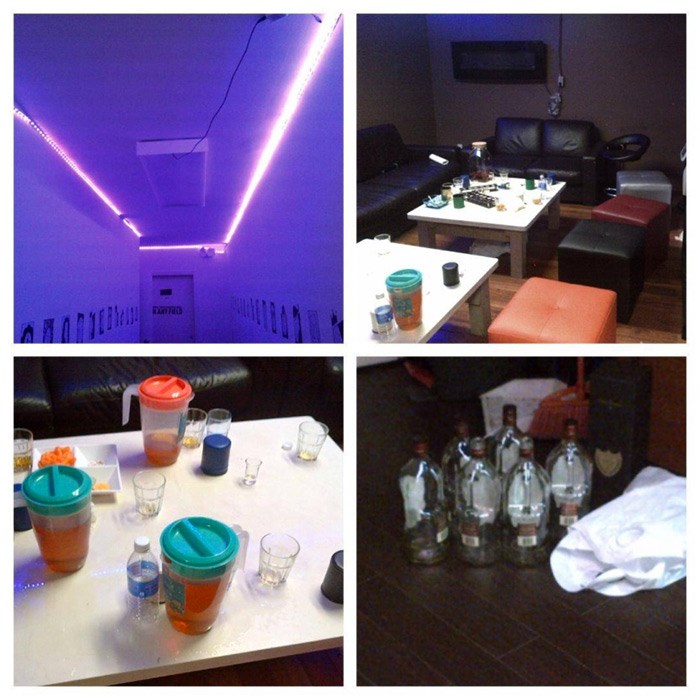 Richmond RCMP took to Twitter Saturday to report the bust of an illegal “booze can” found to be serving more than 50 people in the 2000-block of No. 3 Road.

Spokesperson Cpl. Dennis Hwang said the city’s Anti-Gang Unit found the booze can, near the River Rock Casino and Resort, at 1 a.m. on Oct. 29, following a tip.

Photos published by police show several tables littered with plastic jugs and glasses as well as what appears to be a half dozen 1.75-litre bottles of vodka.

Hwang couldn’t confirm if the liquor was brand-name, moonshine or imported.

Asked if booze cans — described as illegal nightclubs and/or liquor establishments — are more common in Richmond, Hwang said he couldn’t speculate on what other jurisdictions are facing.

Hwang said most booze cans are tied in some way to gang activity.

He said Richmond RCMP intends to publicize more such busts to ensure the public is aware of the RCMP’s continued vigilance in cracking down on criminal activity.

Booze cans and illegal casinos are fast becoming widely known to Richmond. Residents in east Richmond have expressed to city council the problem is growing and unchecked. One recently-reported court case revealed an east Richmond mansion on the Agricultural Land Reserve was the site of stabbings, a booze can and an illegal casino.

He said police will be working with City of Richmond officials to sanction any locations found operating a booze can. He said in this case, the potential for criminal charges is being reviewed.

Hwang noted booze cans may be found anywhere in the city, from industrial parks to residential homes.