This popular Vancouver beach has hundreds of rabbits hopping around it

If you've ever visited Jericho beach, you may have noticed a particularly large presence of adorable, four-legged creatures hopping around.

If you've ever visited Jericho beach, you may have noticed a particularly large presence of  adorable, four-legged creatures hopping around. In fact, the area often appears littered with bunnies of all different colours and sizes.

And while they're a cute sight to behold, these rabbits aren't a native species. As a result, they pose a number of threats to the local ecosystem, and also face a number of issues themselves.

Vancouver Is Awesome spoke to Nick Page, Biologist, Vancouver Park Board, about how the rabbits ended up in the area, as well as what people should do when they encounter them.

"The rabbits are not wild - these are all European rabbits that are bred as pets. They come in a variety of colours including black, white, grey, and brown, and many are spotted or have a variety of markings," describes Page.

"As such, all of these animals were once pets. People have simply been leaving them here, and they have continued to do so for at least 15 years." 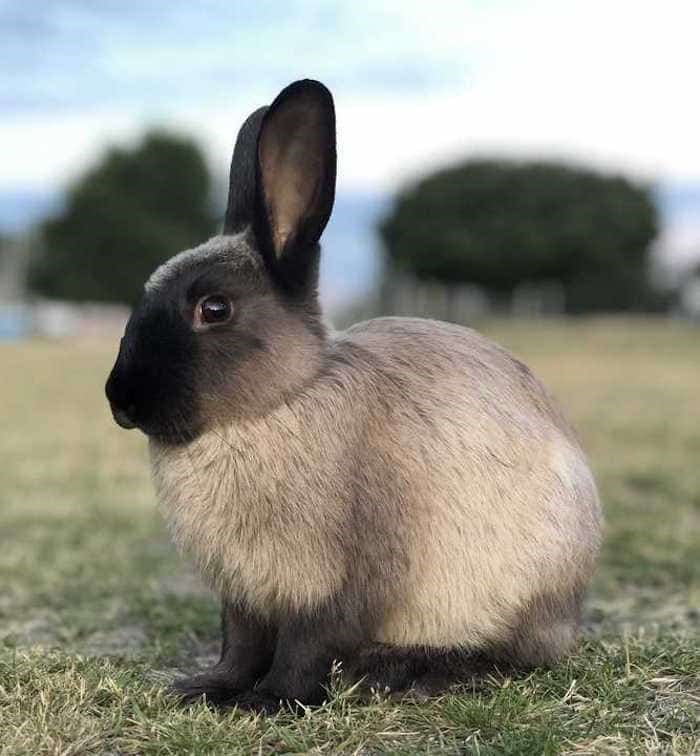 Page notes that there are signs that discourage leaving pet rabbits in the area. However, he reports that people continue to leave unwanted pets there, as well as other places in the province.

"People often buy a rabbit not realizing what is involved in the care, and when they don't want it anymore, they simply set it free - this is a terrible idea."

Page adds that the University of Victoria, as well as the Richmond Auto Mall, also have introduced-rabbit colonies.

The rabbits even have a song written about them, entitled "Wild Bunnies of Kitsilano," created and performed by Rick Scott, which appears on his album, Philharmonic Fool.

"Rabbits in the Jericho area are also responsible for some of the girdling around trees. This happens when they chew the bark around the base of the tree, which is very destructive - they are almost like little beavers."

Page notes that the rabbits like the area because there are lots of shrubs for them to hide in, as well as fencing where the sailboats are kept. They are able to hide from predators like owls, eagles, and coyotes in these places.

"The bottom line is that people have to stop feeding them and leaving them there. It is destructive to the area and the rabbits really don't do well in the cold or against predators. There are a great deal of them there right now - there could be up to 250 - but that number fluctuates as they are killed or introduced."

#travel NatGeo: “A rabbit enjoys an evening snack on Jericho beach in Vancouver,” writes photographer David Leeming. "I got lucky with this one because it just couldn’t resist that perfect sprig of leaves.” https://t.co/0vHuXFOFeW pic.twitter.com/1SIZjM3t3t

The wild rabbits at Jericho Beach. I had my nose one inch from a velvety bunny nose. In love. pic.twitter.com/Pg2vZKcJQe

While the animals do pose a threat to the local ecosystem, Page wanted to underscore that the rabbits haven't been harmed by the VPB. In addition, they don't have any plans to eradicate the tiny creatures in the future.

The abandonment of domestic rabbits into the wild is a criminal act under the Criminal Code of Canada¹ and an offence under the Prevention of Cruelty to Animals Act². While rabbits are smart, sociable little beings who make awesome pets, potential guardians should be aware of the commitment involved when adopting one.