"Making serious insinuations like this comes with consequences,” Rowling tweeted in reply. 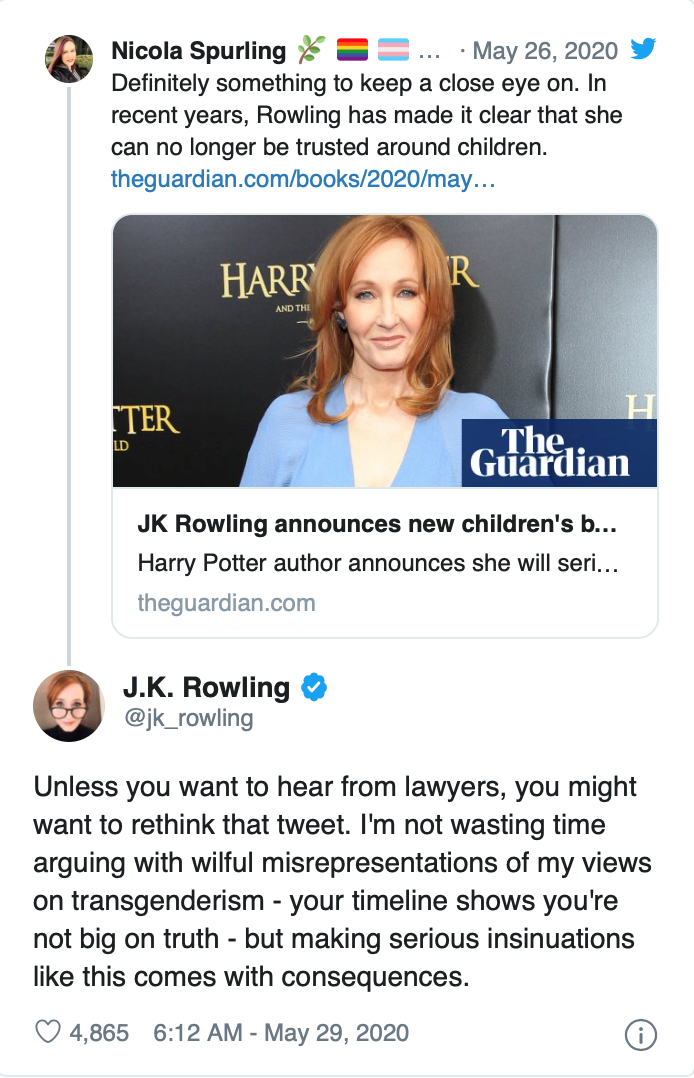