Prime Minister Justin Trudeau touted the strength and contributions of Canada's Sikh community as he celebrated the religion's holy day of Vaisakhi in Vancouver.
The Canadian Press Apr 14, 2019 8:34 AM

VANCOUVER — Prime Minister Justin Trudeau touted the strength and contributions of Canada's Sikh community as he celebrated the religion's holy day of Vaisakhi in Vancouver.

"As we celebrate Vaisakhi, let us also celebrate all the incredible contributions of this community," he said in a speech after he walked in a parade Saturday organized by the Khalsa Diwan Society. The society formed in 1902 and built the first Sikh Gurdwara in Canada several years later, according to its website. 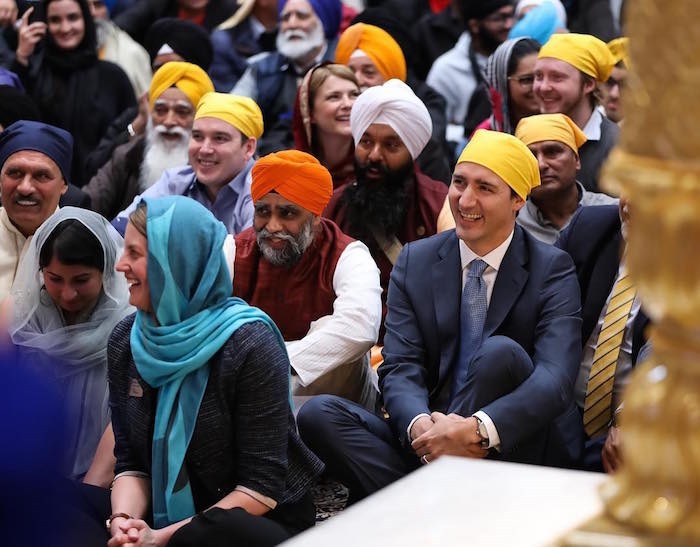 Trudeau joined other politicians and community members in walking amongst floats and performers. On the sidelines, people handed out free food along the route, including snacks and full meals to passersby.

Sikhs have helped to build Canada for more than 120 years, Trudeau said, adding there are now Sikh entrepreneurs, politicians, artists and true leaders in every field.

He said the values celebrated during the holy day, like equality and social justice, are values that make Canada stronger.

Before the parade, Trudeau visited one of the largest Sikh temples in the country, Vancouver's Ross Street Gurdwara, where he delivered a speech with similar sentiments. Defence Minister Harjit Sajjan also attended the festivities. 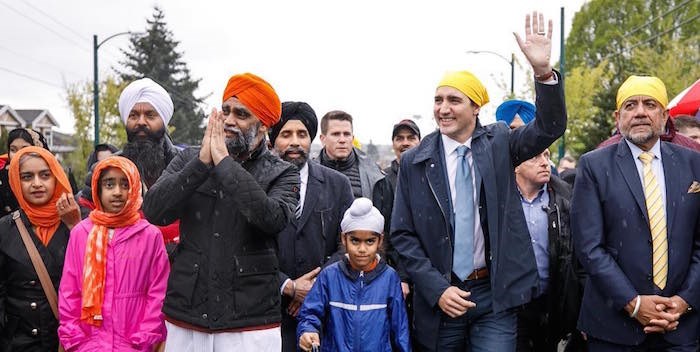 Attendees at the morning ceremony sat on the floor, many of them in colourful turbans, as speeches by several political leaders were broadcast on two massive screens.

His morning speech came just hours after the federal government agreed to remove a reference to Sikh extremism from a report on terrorism.

The language was changed late Friday to remove any mention of religion, instead discussing the threat posed by "extremists who support violent means to establish an independent state within India."

The 2018 Public Report on the Terrorism Threat to Canada drew the ire of the Sikh community when it was released in December.

For the first time, the report listed Sikh extremism as one of the top five extremist threats in Canada.

Although the objections were largely about the inclusion of Sikhs at all, because of the report's lack of evidence to back it up, Public Safety Minister Ralph Goodale said he would at least ask for a review of the language the report used. 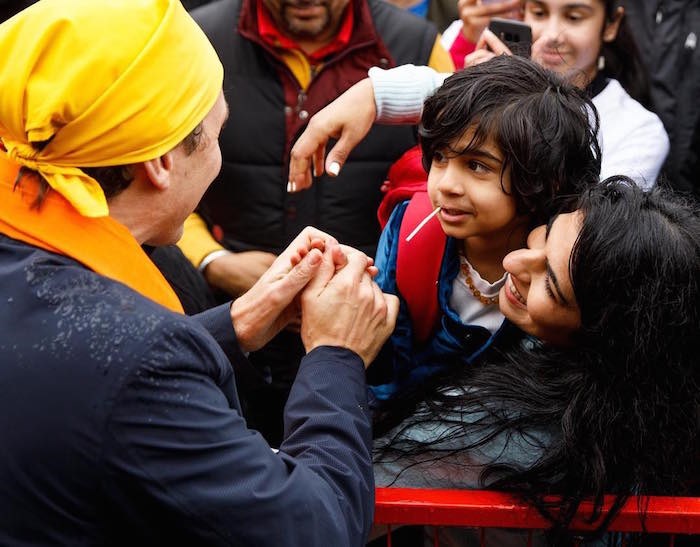 He said entire religions should never be equated with terrorism.

There are roughly half a million Canadians who identify as Sikh, most of them in the Greater Toronto Area and suburban Vancouver.